There are all kinds of sights you might wish to see if you travel the world, and your choice very much reflects what you intend to find interesting. Arguably one of the most common kinds of sights travellers tend to see, however, is that of ancient ruins. There are ancient ruins of one kind or another all over the world, so such an interest does not limit you whatsoever to any particular continent or country. Moreover, these sites provide a fantastic backdrop for any trip and are a good focus for such endeavours too. But anyone interested in such a journey might be willing first to appreciate which ruins are likely to be especially interesting or provide a particularly valuable experience, and those are two questions we are going to investigate in this article. Here are some of the best ancient ruins in the world, any of which you might like to visit next on your travels around the globe. 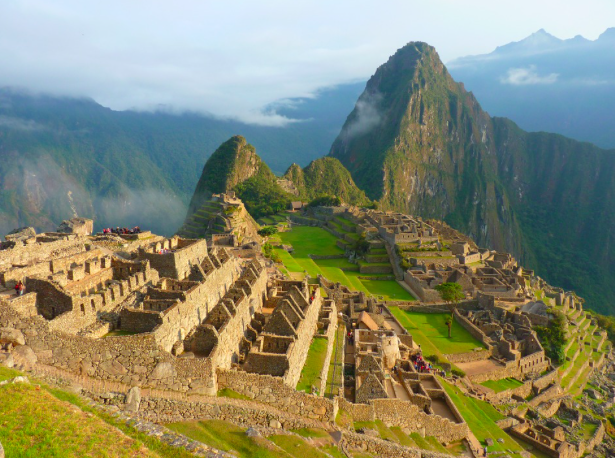 If you think of ancient ruins, this is likely one of the very first that spring to mind, and for good reason. Machu Picchu in Peru is incredibly famous for being spectacular, and yet not so over-hyped that you are disappointed on arrival. Actually, although its reputation very much precedes it, you can still expect to be blown away by this particular sight, and it is worth considering if you are keen to see the world’s best ruins. In fact, many would say that it is unavoidable for such individuals. Why might that be?

Machu Picchu is a 550-year-old citadel built atop the Andes by one of the most advanced civilizations of their time – and when discovered (as late as 1911), there were some 135 skeletons found there too. Naturally, this led archaeologists to speculate that the site might well have been a religious temple of some kind, religion and death being such closely entwined bedfellows in all human cultures that we know of throughout history, including those still alive today. However, more recent research has brought up the idea that perhaps it was more like an estate, probably built for the Incan emperor Pachacuti. With this kind of history behind it, it should be pretty easy to understand why it is such a place of renown amongst travellers, and why in 1983 it was granted the prestigious World Heritage Site title, placing it along similar areas such as Stonehenge and the city of Bath, to name but two English examples. 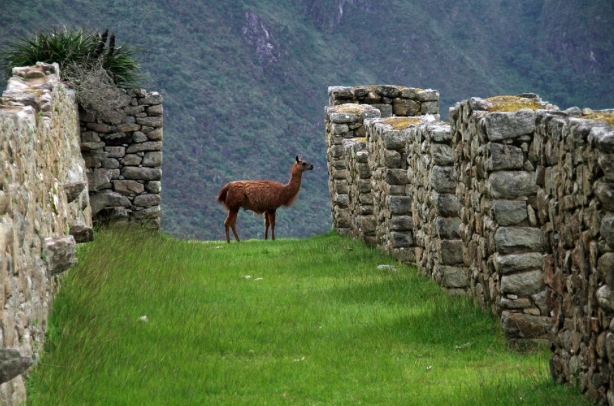 But what can you expect should you visit Machu Picchu? You can read more on how to get there here: https://www.travelandleisure.com/articles/how-to-travel-to-machu-picchu but for now, let’s assume you will get there by hiking along the Inca trail, as the vast majority of tourists do. Firstly you will need to make sure that you are prepared for that physically and mentally. Upon arriving at the site itself, most tired travellers tend to report a feeling of almost overwhelming exaltation, and you would do well to prepare yourself for that too. It is also highly recommended to take a tour, as you will want to learn as much as you can about the place once you are there, rather than having to rely on your own pre-reading or guesswork (and remember: you’ll be unlikely to find wifi there to find out more about it at the time).

However you do go about it, it’s a truly magnificent sight, and something you are unlikely to forget in your life. Make the most of your time there, especially if you have trekked that whole way, and be sure to bring some memories back with you. 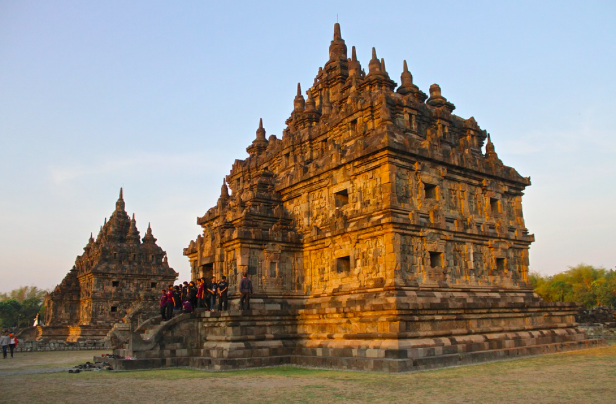 Plaosan is a Buddhist temple located in Java, one of many similar temples in the area. It may not be as well known as Machu Picchu or many other such destinations, but there is no denying to the keen visitor that it is a beautiful and stunningly disarming sight. Located in the heart of Bugisan village, it consists of two separate but related building complexes and offers a variation which you don’t usually find at such places of worship. It also happens to be incredibly peaceful, and the kind of place that you can quickly warm to.

Built somewhere around the dawn of the 9th century, this outstanding example of ancient architecture draws many visitors each year, and is especially notable for its Dwarapala statues, strangely evocative images of Buddhahood unlike the usual Western motif attributed to that religion. For the Western visitor, it is, therefore, a hugely valuable learning experience, and likely to be unforgettable. Its history and surprisingly unique features put to one side for a moment, what can you expect if you do go to visit the Plaosan temple?

The first thing to bear in mind is that it is in a small village quite out of the way, so you will have to make sure that you can find somewhere nearby to stay the night before – take a look at https://rumahdijual.com/semarang/ for some help on that front if need be. You should be prepared for something of a trek, although if you are lucky, you can catch one of the admittedly quite rare buses that do pass by. This is not a huge tourist spot, although visitors are welcome and do frequent the place, so you will need to be prepared for that too. As long as you are, of course, you should find it considerably more enjoyable and easier to make the most of it. This is a unique world site, so it’s a good idea to consider it if you are on the lookout for some truly great ancient ruins around the world. 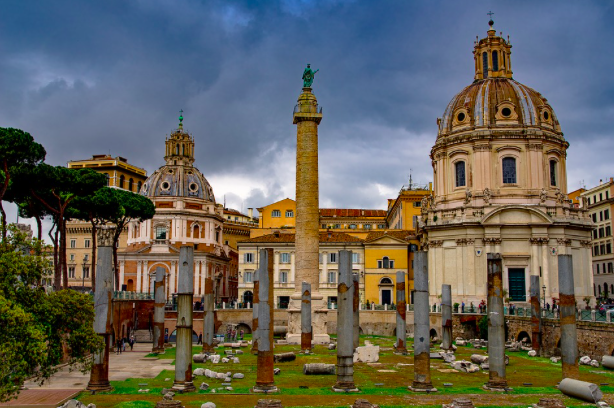 This is much more likely to be the kind of destination you have in mind when you hear the phrase ‘ancient ruin,’ and there is a very good reason for that. The Roman empire at one time covered a significant portion of the known world, and Rome itself was the largest city in the world at the time by far. The empire had around 90 million people, a considerable quantity of the world population at the time. All roads indeed led to Rome, and in Rome itself, all roads led to the Roman Forum.

So what was it, and why does it continue to hold such a captivating allure for even those un-enamoured by the travails of history? In its day, the Roman Forum was the centre of the Roman empire, certainly in political terms and more or less geographically too. This was where you could expect to see all of Roman life’s many splendours and extravagances come to meet and play, ranging from processions to elections and even criminal trials (and prosecutions). And it is precisely this richness of history that makes it so bewildering an almost bizarre to stand at its ruins today. You stand there amongst what is now merely a load of rubble and half-fallen buildings, and it is profoundly difficult to believe that this is the very location where Marc Antony orated at Julius Caesar’s funeral. It is this sharp sense of historic divide between then and now that makes it – and other ruins like it here and elsewhere in the world – such a great place to visit. 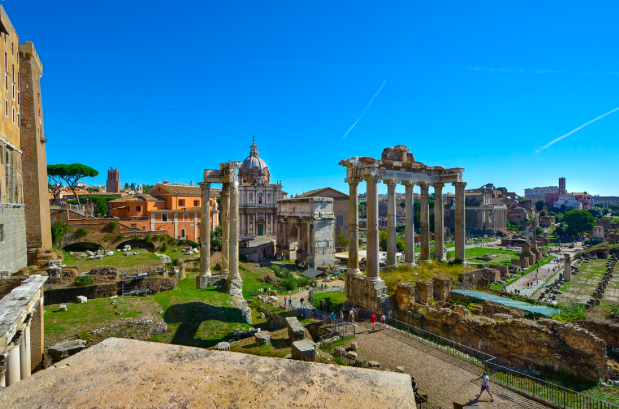 If you go nowhere else to see some ancient ruins, you must go to Rome, and if you go to Rome, then you must go to the Roman Forum. It is a truly staggering sight, and something you are unlikely to be able to forget as long as you live.