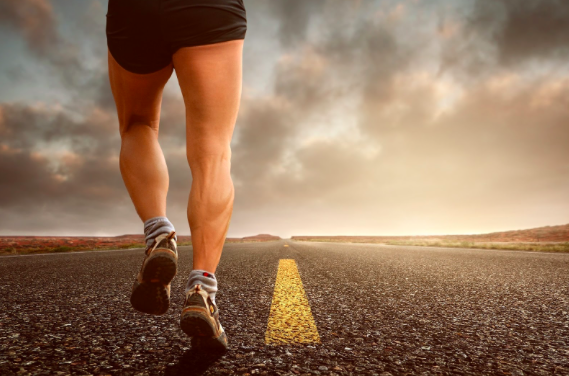 So it’s almost the New Year, and it’s about time to pick up some of those positive health routines and habits that you’ve been thinking about for so long.

It’s always good to be optimistic, and it’s absolutely possible to enjoy all of those benefits as a result of picking up a dedicated and effective health and fitness routine. But it’s important to keep in mind that trying to do too much, too fast, isn’t a great formula for success.

Instead, you’d be much better served by focusing on developing a habit that sticks, long-term, since getting fit is (no pun intended) a “marathon, not a sprint”.

Here are a few tips for developing an effective fitness habit that sticks.

Find something you actually enjoy doing

If you really hate running with all your heart, then maybe basing your fitness routine around long and frequent runs at the outset isn’t the best possible strategy — although you may choose to do more and more running down the line.

When seeking to create a new habit, try and make the habit as enjoyable as possible. In the case of exercise, this essentially means finding some form of exercise that you actually enjoy doing, such as attending Pilates classes, joining a martial arts gym, or swimming.

Generally speaking, the more you enjoy the activity in question, the better it is for helping you to set a habit that sticks.

As mentioned in the introduction to this article, fitness is something that happens over time as the result of consistent effort. It’s not the kind of thing that happens within a couple of days of super-intense training.

Since the goal is to create a consistent and long-standing fitness habit, it makes sense to start really small in your daily ambitions when creating the habit. Focus on performing the ritual each day, not on ending each workout soaked in sweat and tears. You can always increase the intensity bit by bit as the habit sets in.

Start with something really easy — like a couple of situps each morning — and then build from there. But always be consistent.

Play with resistance, take steps to make it easier to train that not to

In the book “Atomic Habits”, writer James Clear points out the importance of resistance in terms of instilling positive habits and dissolving negative ones.

As a general rule, people follow the path of least resistance. By making a positive habit as easy to perform as possible, you radically increase the odds that the habit will work.

Likewise, by putting even small obstacles in the way of bad habits, you can break their power over you.

Lay out your workout clothes the night before training, and do whatever you can to make it easier to workout than not to.

Previous Post: « Minimalist Apartment | How to reduce clutter and eliminate stress
Next Post: How to become a Minimalist – 5 steps for success »