I am a HUGE sucker for awards shows. I love movies, television, plays and streaming series! Award shows celebrate the best of these categories and I’m all here for it. I’ll be honest, I’m partial to comedy over drama but this year I had to goal to try to watch EVERYTHING that was nominated for an Emmy so I can REALLY get into this years Emmys!

**UPDATE** I did finally get an invite: READ ABOUT THE DAY I WENT TO THE EMMYS HERE 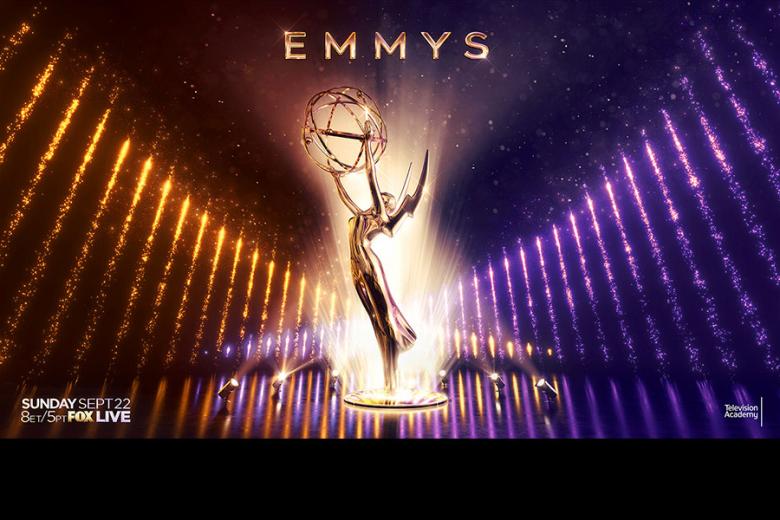 What are the Emmys?

The Emmys is an American awards show that recognizes quality work in the television industry. It is as prestigious as an Academy Award (movies), the Tony Award (broadway), or Grammy Award (music). The Emmy statue award depicts a winged woman holding an atom. It reminds me of the David statue in front of 30 Rock in New York. 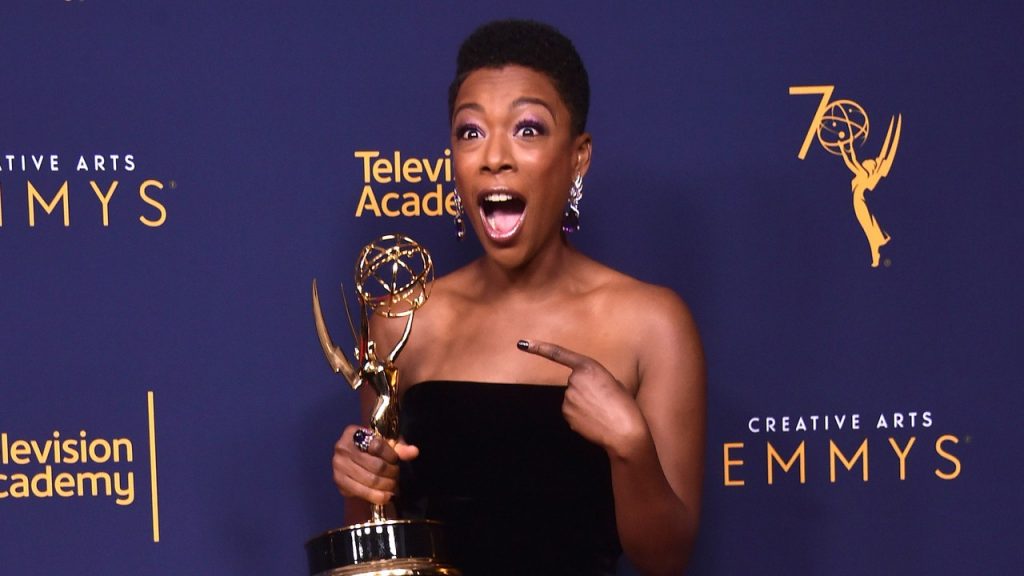 The 71st Primetime Emmy Awards will honor the best in U.S. prime time television programming from June 1, 2018 until May 31, 2019, as chosen by the Academy of Television Arts & Sciences. But let’s be honest, television is so last century. Many of the nominations this year are exclusively on streaming platforms like Netflix, Hulu or Amazon. (Like Fleabag, which should definitely win because it’s absolutely brilliant.)

Where are the Emmys?

This year’s Emmy Awards will air live on Fox from the Microsoft Theater in Los Angeles. They are always in Los Angeles but you can watch from coast to coast.

What date is the Emmys? 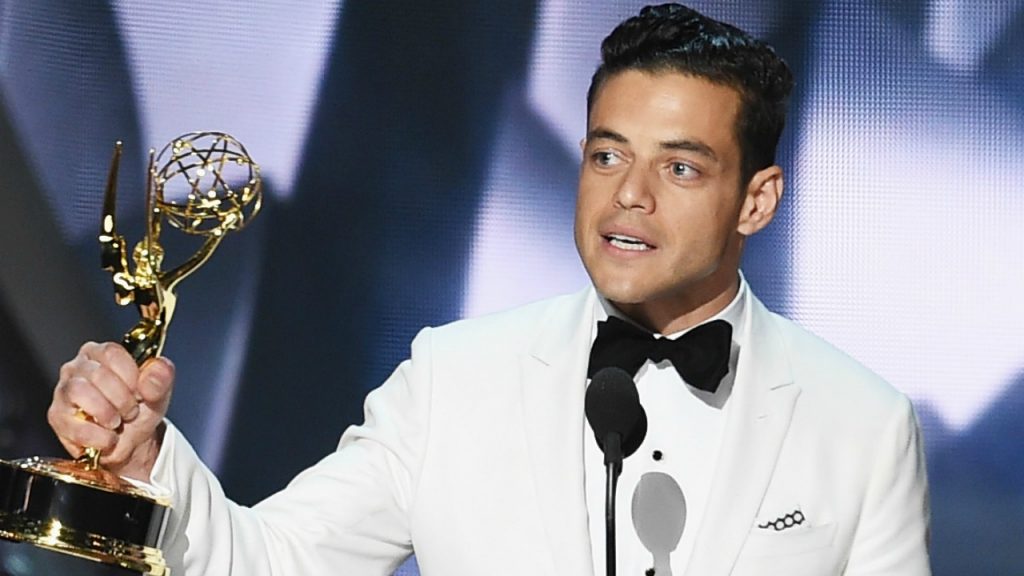 Who will Host the Emmys?

All the nominations have been announced, but we are still in the dark about who will host this year. I have a strange suspicious that it will follow a similar script to the Oscars. We may not have a host! The Emmys might be host-less for the first time in 15 years. Is this the new trend in awards shows?
We will all have to wait and see who shows up on stage September 22nd. I honestly just want it to be funny. 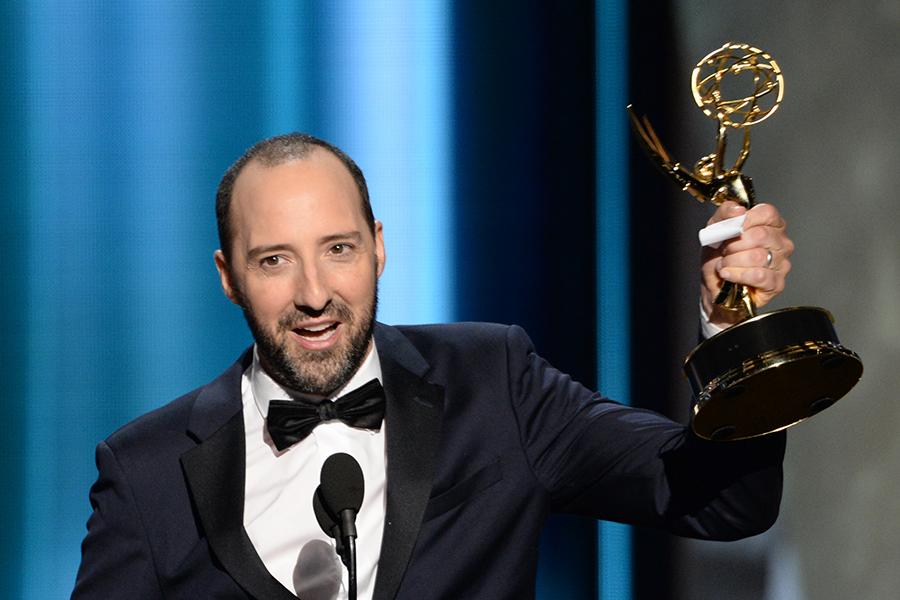 There are over 25 categories for the Emmy awards, but here are the major categories along with the nominations.

Outstanding lead actor in a limited series or TV movie

Jharrel Jerome, “When They See Us”

Outstanding lead actress in a limited series or TV movie

Aunjanue Ellis, “When They See Us”

Niecy Nash, “When They See Us”

Christina Applegate, “Dead to Me”

Sterling K. Brown, “This is Us”

Milo Ventimiglia, “This Is Us”

Viola Davis, “How to Get Away With Murder”

Mandy Moore, “This Is Us”

“The Daily Show with Trevor Noah”

“The Late Show with Stephen Colbert”

“When They See Us”

My top favorite shows for 2018 & 2019 are all nominated for Outstanding Comedy Series.

Truth: I will cry for JOY if the adorable Canadian Levy family wins for Schitt’s Creek. I just can’t get enough of it!

Unpopular Opinion: I know GOT (Game of Thrones) is a great series. It is well made, well written, well executed (pun intended). But it’s time for someone else to win. There are some new shows that are absolute genius that deserve not to be overshadowed by GOT. (i.e. Killing Eve) 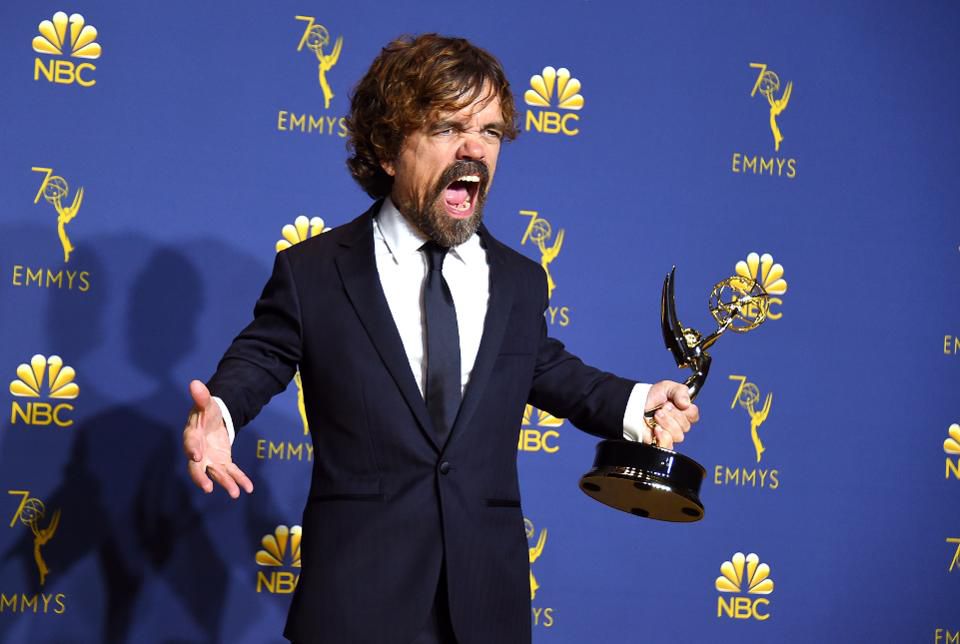 There ya go, I think you are well informed on this years Emmy Awards.

I can’t wait to watch along with you! I will be attending the Red Carpet in the FOX Prime Time Emmy Awards Red Carpet Bleachers  this year! I am so excited to put on my favorite blue dress and see all the celebrities!!!!

Manifestation happens! And by the way, I’ve already done a red carpet before! Click here to see My Experience Walking the Red Carpet 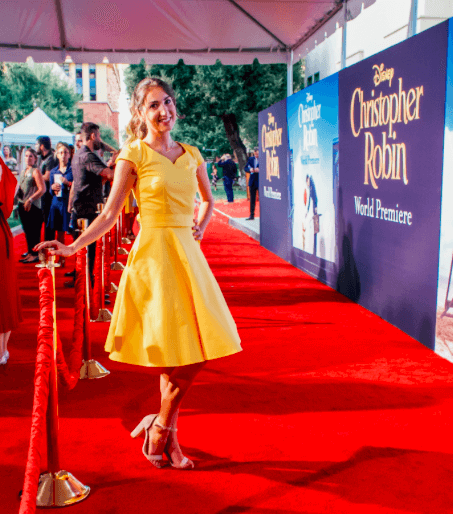 Previous Post: « 4 Reasons Why Being A Stay At Home Parent Is Way Harder Than People Realize
Next Post: 3 Family Travel Tips To Get You Ready To Start Planning a Trip »