Sheet music is the written form of any piece of music. It provides a complete set of instructions for playing a song or other type of musical composition. The lyrics, melody line, and chord changes are all included in the sheet music to have all they need to know before playing any song. Furthermore, learning how to read sheet music is not as complicated as it might seem, and if you’re motivated, then it will have become second nature in just a short space of time. 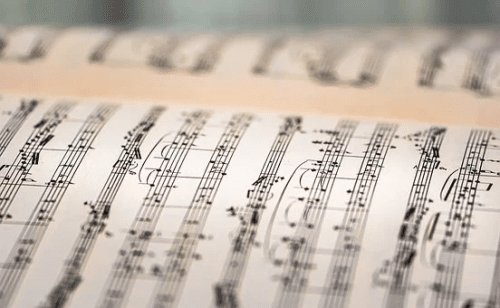 How To Read Sheet Music

For those who need a little help, sheet music can include lots of different symbols and notations. These are the first things that you should learn about to start reading and deciphering any song put in front of you. The symbols will indicate everything from how loud or softly a specific note should be played to how the sheet music should be placed on the stand. Follow these easy steps to learn how to read sheet music.

Learn The Chords Of Any Song Easily

It’s also essential to learn how to read chord notation which shows you what type of note or chord should be played. With a piano, you can play the chord and hold all the notes down together. If it’s a C major chord, you need to press these three keys: C, E, and G simultaneously. These three keys make up a different part of each key on a piano, so if you are playing an A flat chord, then you would only press the A flat, D and F sharp. It is easy to learn piano songs simply by watching a chord chart, and you can use this at home to practice playing songs. If you want to learn how to play piano, this is also a suitable method. It becomes much easier because if you find sheet music with the chord notation C, Dm, and G7 above each line of notes, then that’s telling you that there will be a C chord, a Dm chord, and a G7 chord in that song. It’s as simple as that. 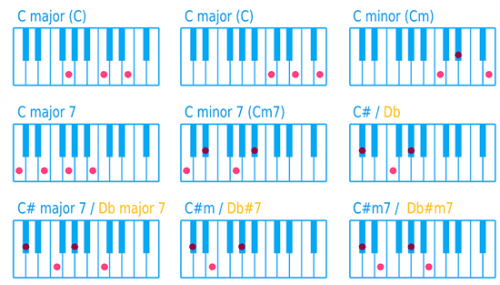 Music comprises various symbols, the most common of which is used to denote how loud or softly a song should be played. These symbols are called dynamic markings, and you will find many different ones in sheet music notation. They can vary from PPP (very soft) to fff (very loud) so learning what each symbol means is essential. Let’s look at the most basic ones:

Learn The Notes On Each Line Of The Staff

The first thing you need to do when learning how to read sheet music is work out the notes on each line of the staff so that when you see any note mentioned, you can identify it by its position on the staff and be able to play it. The staff is the five lines you see on the page, and each line will contain a note representing any given pitch within an octave. For example, the first line of the staff is E, second-line F sharp, third G, fourth A, and so on until you get to the highest note, which appears on the fifth line of the staff – this is called high C. It’s straightforward and only involves learning six different notes: G, B, D, F, and high and low C, and once you’ve learned these, all other notes will fall into place naturally as combinations of these seven introductory notes.

Learn How To Read Rhythm

It is important to learn how to read rhythm so that you can distinguish the difference between a quarter note, an eighth note, and a sixteenth note. For example, a quarter note consists of one short straight line bent at the end, as shown in image A. An eighth note looks like a small lightning bolt, as shown in image B, and lastly, a sixteenth note is denoted by two small lines as depicted in picture C. A rhythm notation only makes use of dots and vertical lines. For rap, pop, and rock songs, you will find sixteenth notes, which only consist of a single dot, and for languid music such as ballads, you’ll see longer notes including two dots next to it (the longer the note, the more dots).

Once you’ve learned how to read sheet music and these key symbols, then you should start practicing. The great idea is to try and learn a slow, simple song that has relatively few notes per bar. This will improve your sight-reading abilities meaning that you’ll be able to cope with any musical piece no matter how complex it may seem at first glance.

Newbie players are often overwhelmed by the range of different sheet music symbols. Still, if you can remember what you learned about the most common ones, then everything else will fall into place over time as long as you keep on practicing regularly. Learning how to read sheet music can help fledgling musicians make the best possible use of their talents. Still, even those with little or no interest in playing an instrument might find it helpful to listen out for critical musical motifs or even read a favorite song.

Memorizing the most common symbols in sheet music notation will help you become a better sight-reader. If you practice regularly using slow songs with relatively few notes per bar, then you’ll soon be able to read music well enough to cope with more complex pieces of music too.

Previous Post: « Important Things You Need To Remember When Writing A Book
Next Post: 4 Ways How All Moms Can Seek Help If Someone in Their Family Has an Addiction Problem »