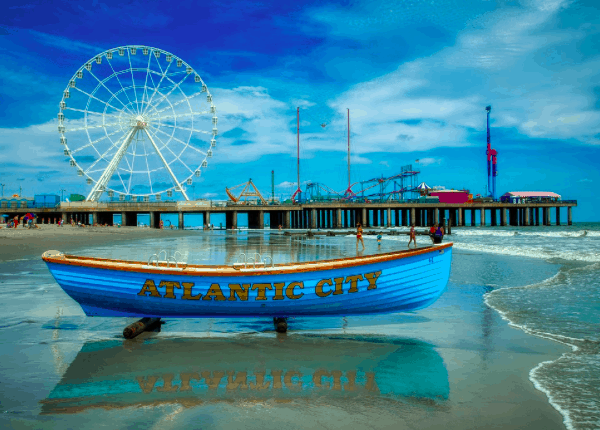 Atlantic City was supposed to be the Vegas of the East Coast, minus the desert, plus a healthy dollop of coastline. But when all the casinos moved out in the 1980s and 1990s, it became something of a ghost town. Nobody wanted to live there. And certainly, nobody wanted to party there.

But then things slowly began to change, and we saw evidence of renewed life. The economy began to return, and people saw new jobs moving into the area. The beach started to fill up with beautiful bronzed bodies, looking for an escape from the nearby metropolises of Philly and NYC. And downtown began to light up at night, thanks to a rekindled Atlantic City and Jersey Shore nightlife.

Developers began running from the coastal resort about forty years ago when it became clear that real estate was in a bubble. Everyone in the country thought that Atlantic City would become some sort of new Atlantis and that commerce would quickly shift in its direction. But that isn’t what happened. Well, at least not straight away. The bubble popped and companies moved out.

Over time, though, small businesses began breathing new life into the area. A sardine bar set up. Then a vegan cafe came along. Then another company offered sweet potato fries. Before long, people were strolling up and down the streets, munching on delicious meals held in paper wrapping. The city began to feel a little more alive.

So why do we still love Atlantic city? Let’s take a look.

The City Reinvented Itself Again

What is Atlantic City? Is it a casino town? Is it a coastal resort? Is it a center for art and culture? Nobody knows because it is a city that keeps reinventing itself. It’s the Madonna of urban development.

This feature makes it a fundamentally unique place. There’s really nowhere else like it on the East Coast. It has had to change itself out of necessity and fight a bad reputation at the same time. The people who believe in the place have had to try even harder to make something of it. And it shows. Today, it feels more like a boomtown than it ever did in its hey-day. Yet, this time, it is sustainable.

There’s Music For All

Los Angeles and NYC grab the lion’s share of music gigs in the US. Atlantic City was one little more than an afterthought for musicians who couldn’t get gigs in places like Cleveland and Kansas City. But thanks to the revival, we see some of the top brass now frequent the city. Lady Gaga has performed there as has Willie Nelson, Toto, and Counting Crows. Not a bad list.

The Dining Is Much Improved

Do you remember when the only thing you could eat in Atlantic City was fast-food and ice cream? Well, those days are well and truly over. Foodies have pretty much taken over the town, including some international stars like Gordon Ramsey.

What’s interesting about the dining in Atlantic City is that it is a free-for-all. Nobody has a clear idea of what culinary delights the destination should be famous for. So now everyone is duking it out in a struggle for dominance.

Not convinced? Just go and check out the Atlantic City Food and Wine Festival when this lockdown comes to an end, and you’ll soon get the picture. Anything, and everything, goes. 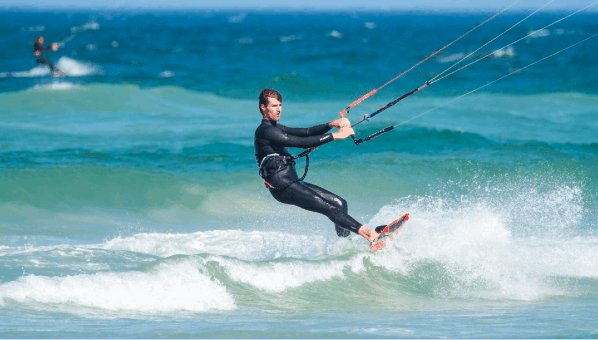 As you might be able to guess from the name, Atlantic City sits next to a vast ocean of the same name. It is far enough south to get giant surf. Large swirls of wind out to sea create huge waves that roll in for thousands of miles, providing ample opportunities for sport and adventure.

If there is a water sport you enjoy, Atlantic City facilities it. Paddleboarding, jet skiing, and windsurfing are all popular options.

The sand is pretty decent too. No – it’s not quite the pure white-sand that you find ringing islands in the Philippines, but it is still enjoyable. It’s yellow, there’s lots of it, and there aren’t thousands of stones everywhere that make it painful to walk barefoot.

It Offers Something Different To Las Vegas

Las Vegas might have the biggest global brand as a casino destination, but that doesn’t mean that Atlantic City will always play second fiddle. Granted, Vegas has the most significant cultural clout. But Atlantic City has things that Sin City doesn’t – like a beach, for example.

It also retains some of the reserved culture of New England. It is not as preposterous or deliberately vulgar as its wild west rival. And it’s buccaneering, but in a way that leaves you believing you’ll have a few shekels left in your bank account when you go.

It Is Unashamedly American 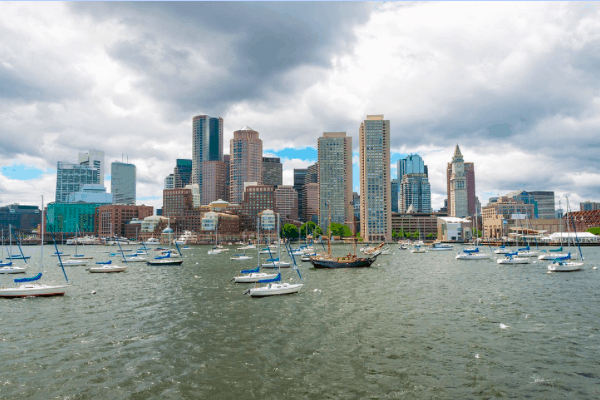 Atlantic City might very well be the most American city in the world. That might sound like a strange thing to say, but it makes a lot of sense upon deeper inspection. It is a city that, unlike any other, has seen the contrasts of boom and bust. It knows the wealth that private enterprise can bring, and the deprivation that results when it leaves. It loves the unfettered market in all its aspects, from the designer jewelry boutiques to the VIP casino lounges. It celebrates the ideals of individualism and commerce in a way that you lose when you travel to regular places that aren’t just all about having a good time. It is the good life, enshrined in a series of wide boulevards and a manicured, sandy beachfront.

For people looking for an exciting city break, Atlantic City is the place to go. You have to appreciate it for what it is. It is no Venice, Prague or London. It doesn’t have that kind of history. But it does have a story to tell. And you should listen.

Previous Post: « The Kids Trashed The House. Now What?
Next Post: Top 3 Considerations Before Moving Into A Tiny Home »