The secret is out… My latest and greatest travel voyage was to the beautiful coastal city of Bar Harbor, Maine. I just fell head over heels for this cute city. I’ll be featuring Mainely Maine themed posts (pun!) in the coming week. There was just so much to see and experience in such a concentrated area.

The state of Maine is a lovely place. The locals were friendly, the streets were clean and the weather was perfection. I think the only thing that convinced me to hop on that returning flight was the fact that my kids were down in Florida. (otherwise, I might have stayed. They need RNs in Maine, right?) So I have so much to tell you about my stay in Bar Harbor. I’ll start off with telling you every detail about where I stayed and why I would stay there again!

BAR HARBOR: Where to Stay

There are plenty of Bed & Breakfasts and Hotels in Bar Harbor and the surrounding areas. They all look clean and beautiful. But we chose something a bit outside of downtown and I am so glad we did. We stayed at The Bluenose Inn. 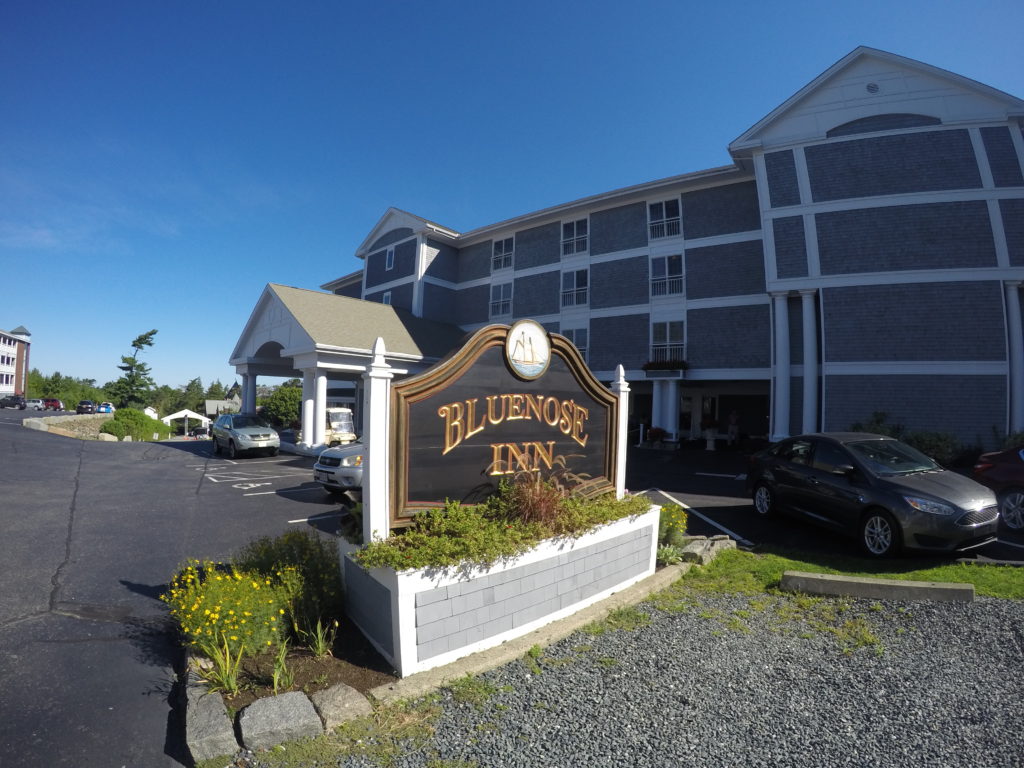 This is a 52 room hotel, established/built in 1884. It rests on the giant granite rock of “Mount Desert Island”. It has sweeping views of the gorgeous Maine coastline, the harbor in Frenchman Bay & Acadia National Park. It is a short 8-10min walk from the Lobby to downtown Bar Harbor. (You can drive, but parking can be scarce in downtown!) It’s so close to the action without the noise or feel of the city hustle & bustle. It was so peaceful and secluded. 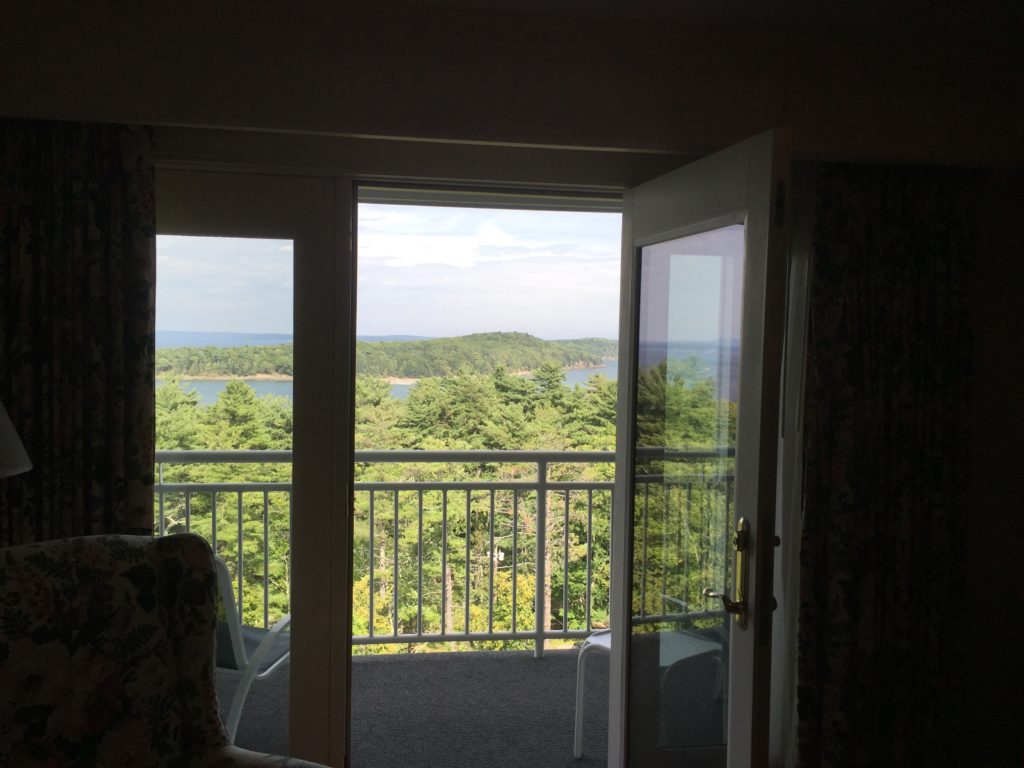 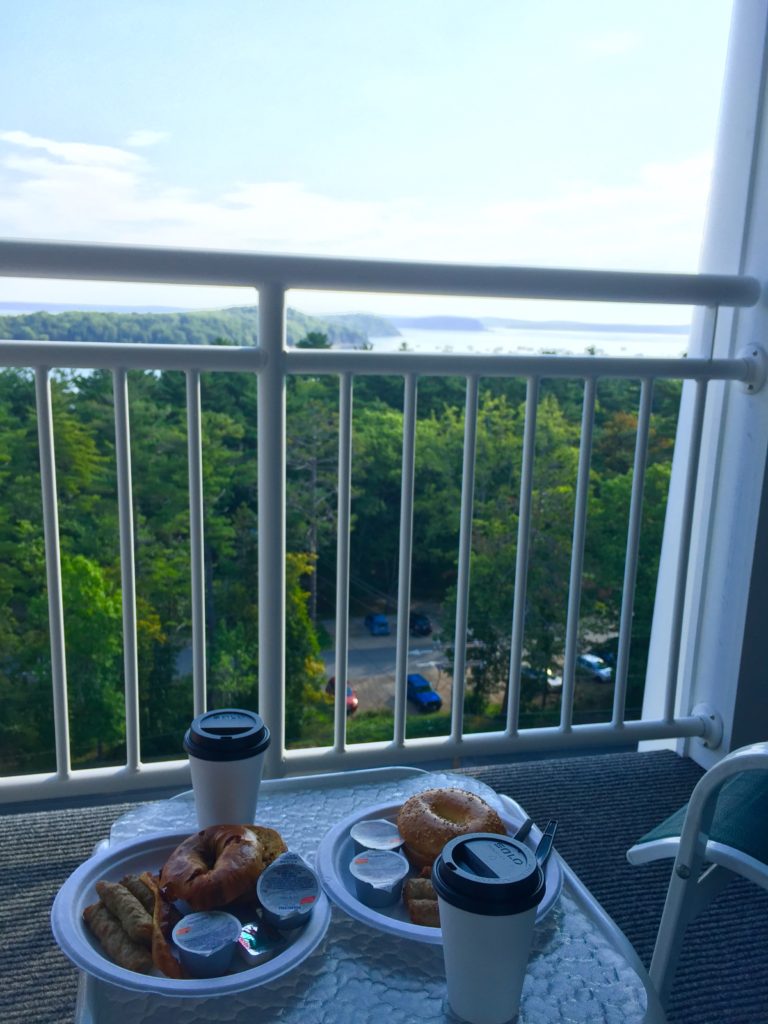 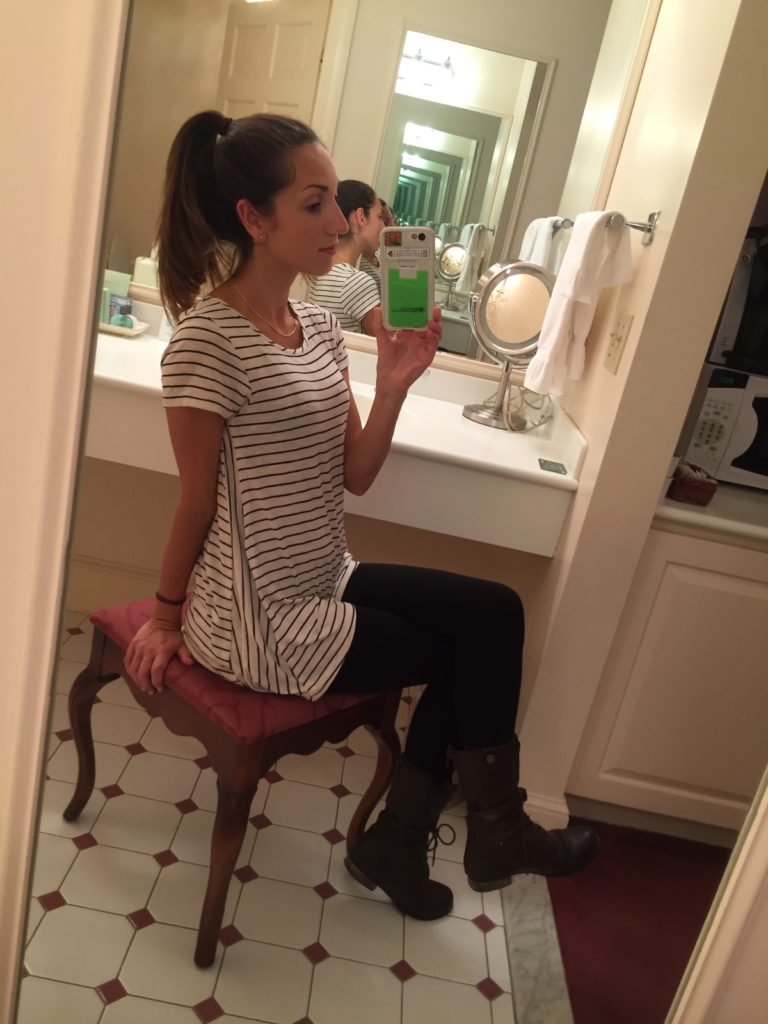 Review of My Stay at Bluenose Inn

The views of the bay were spectacular from our private balcony. We stayed in room 329, a pink”Mizzentop Room”. The decor feels very ”New England” a bit nautical with lots of turn of the century florals and chandeliers. It featured a fireplace, small seating area, a king sized bed and a HUGE bathroom.

The cleanliness level was immaculate. The balcony was private and charming. The air-conditioning was supreme. The staff was friendly.

I found 3 unique treats/perks that I took advantage of at the Bluenose. 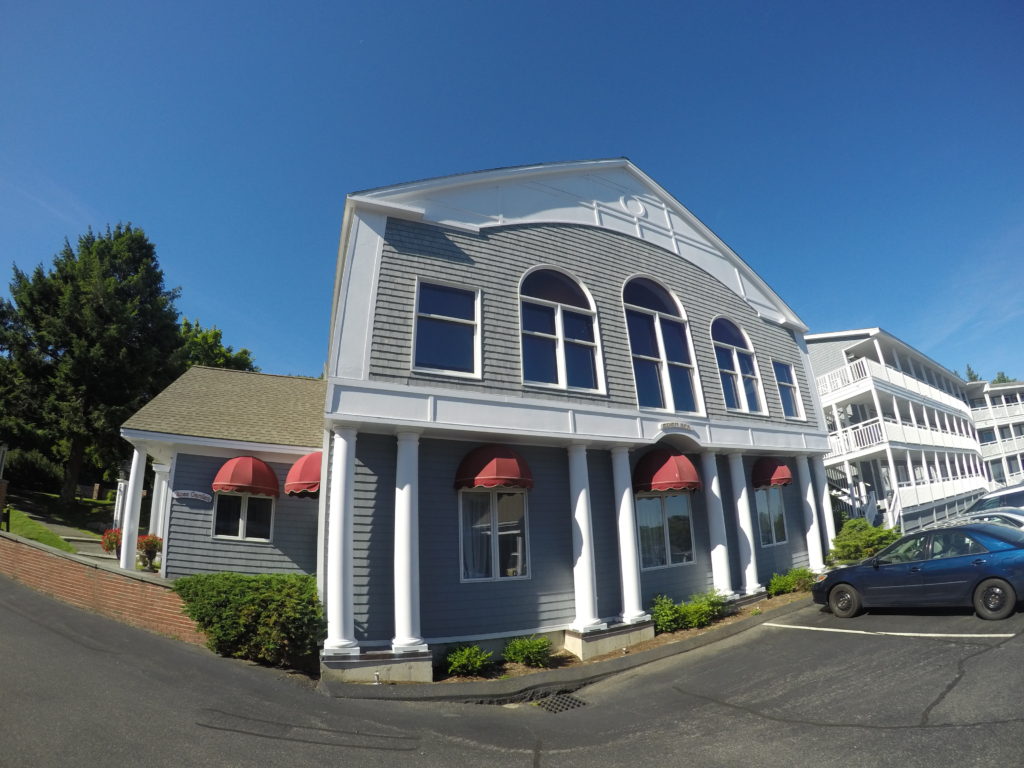 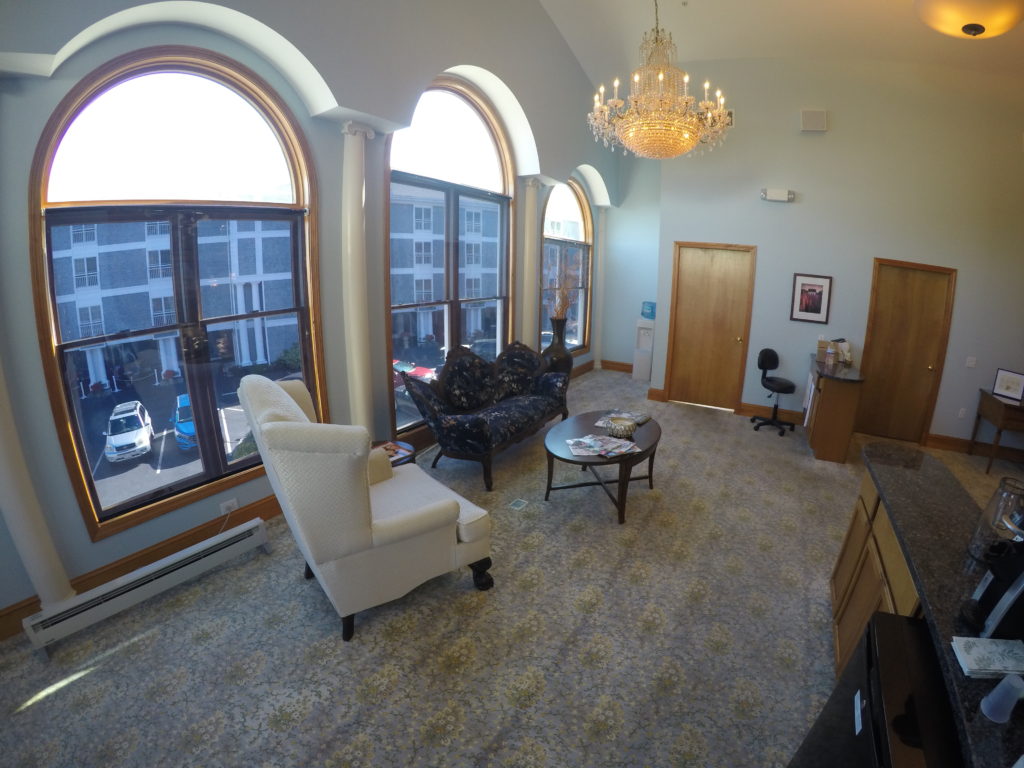 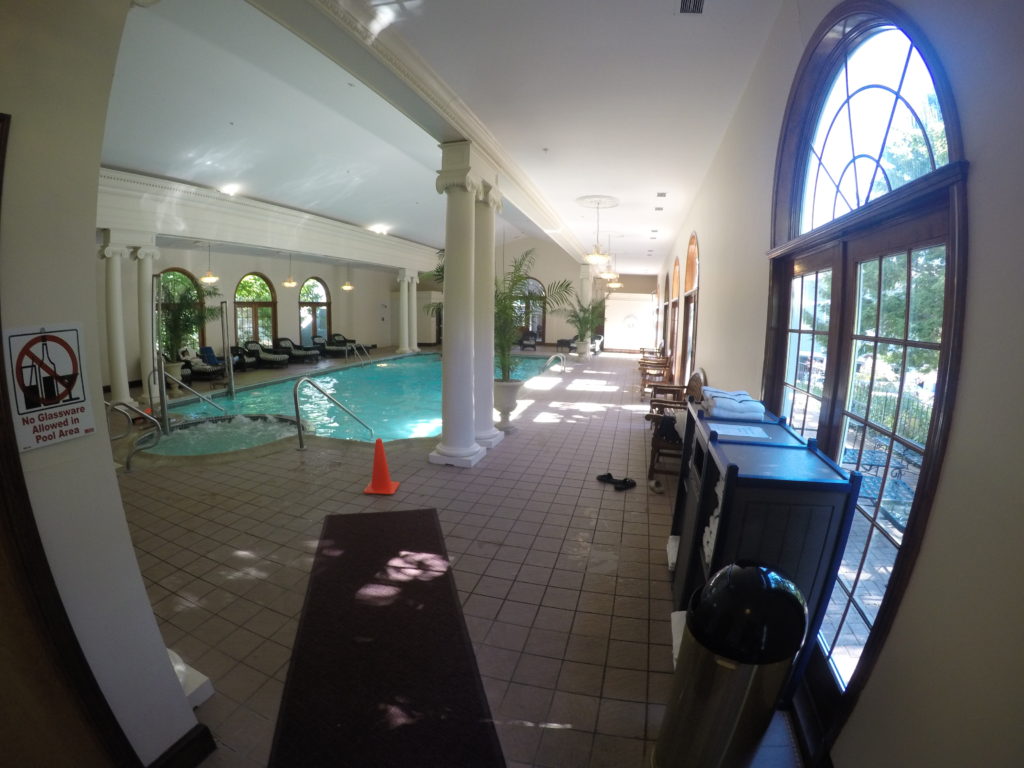 The Bluenose Inn also has one of the most beautiful Indoor pools I’ve ever seen. There is also an outdoor pool with a beautiful view of the surrounding forests. They have an upscale full service Spa – with reasonable prices. The Bluenose Inn also has a wonderful restaurant called The Looking Glass. (An ode to Lewis Carroll maybe? No Jabberwockys here, but it still delivers whimsy.) It is a moderately priced restaurant with a literal award-winning view! 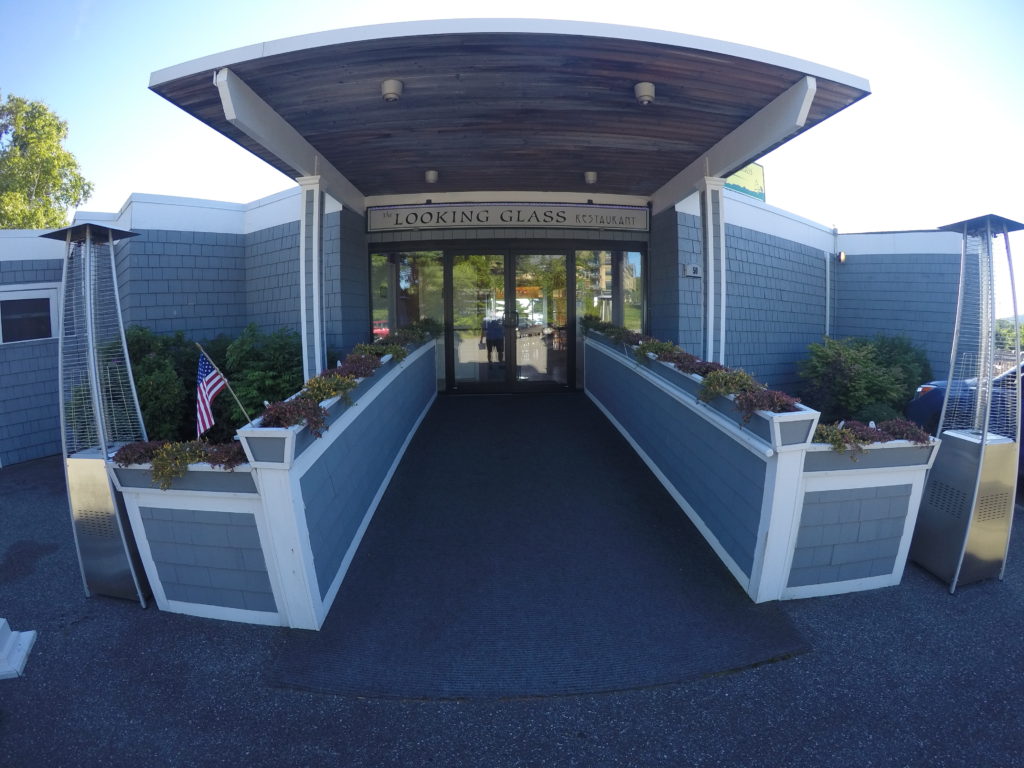 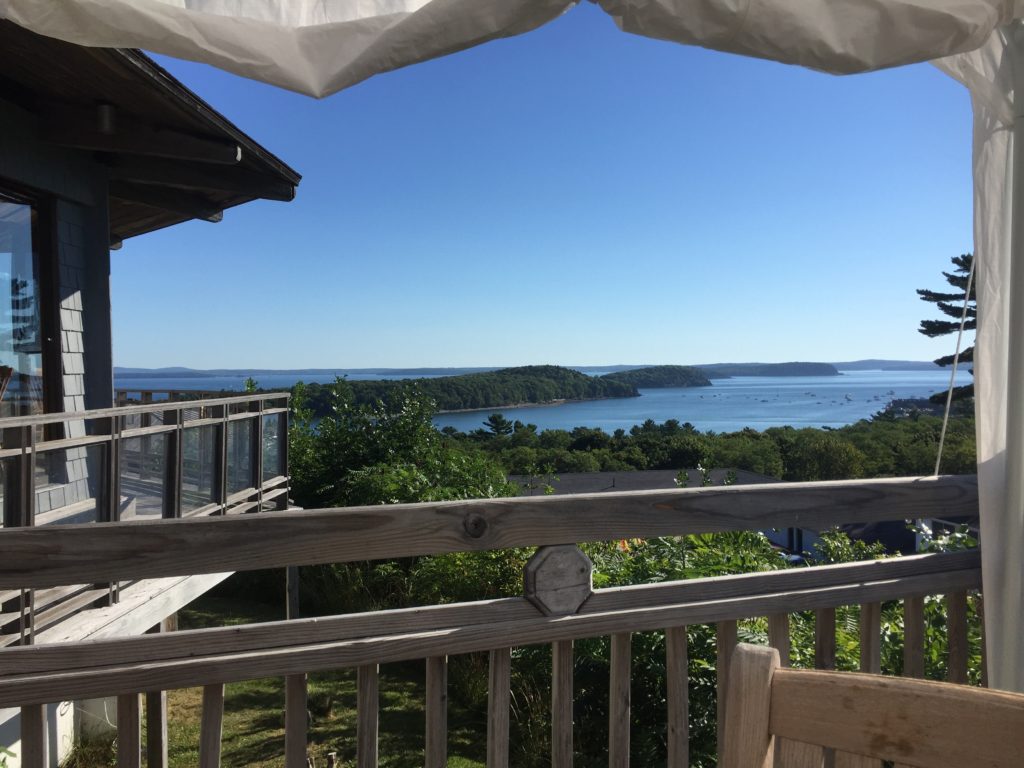 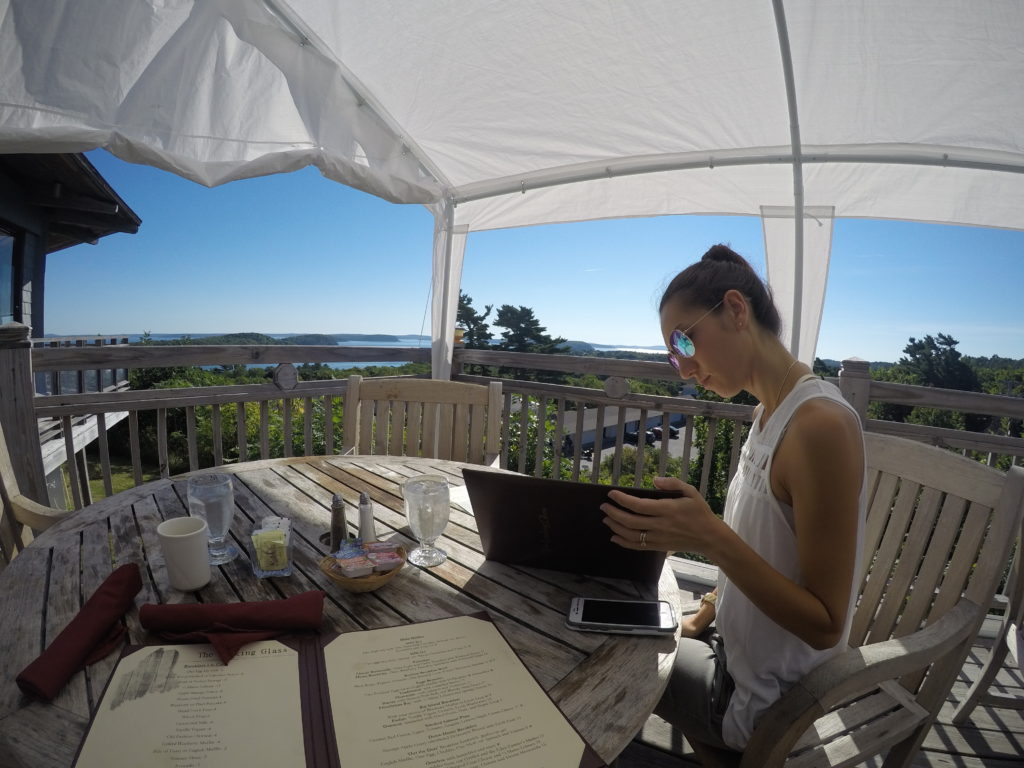 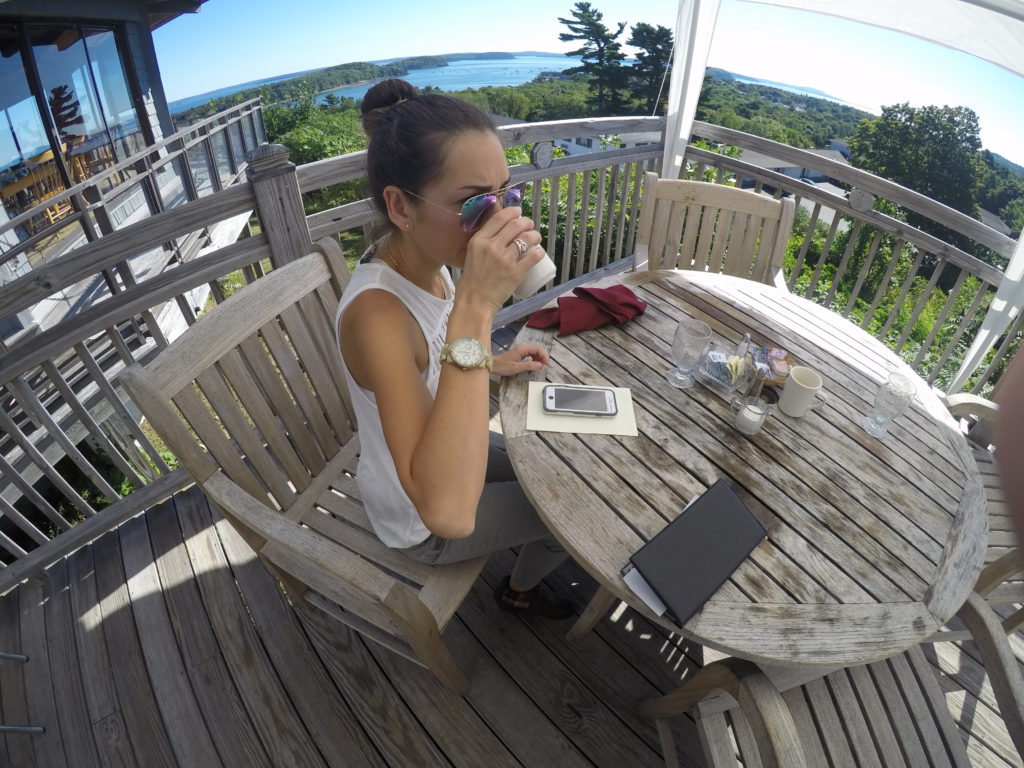 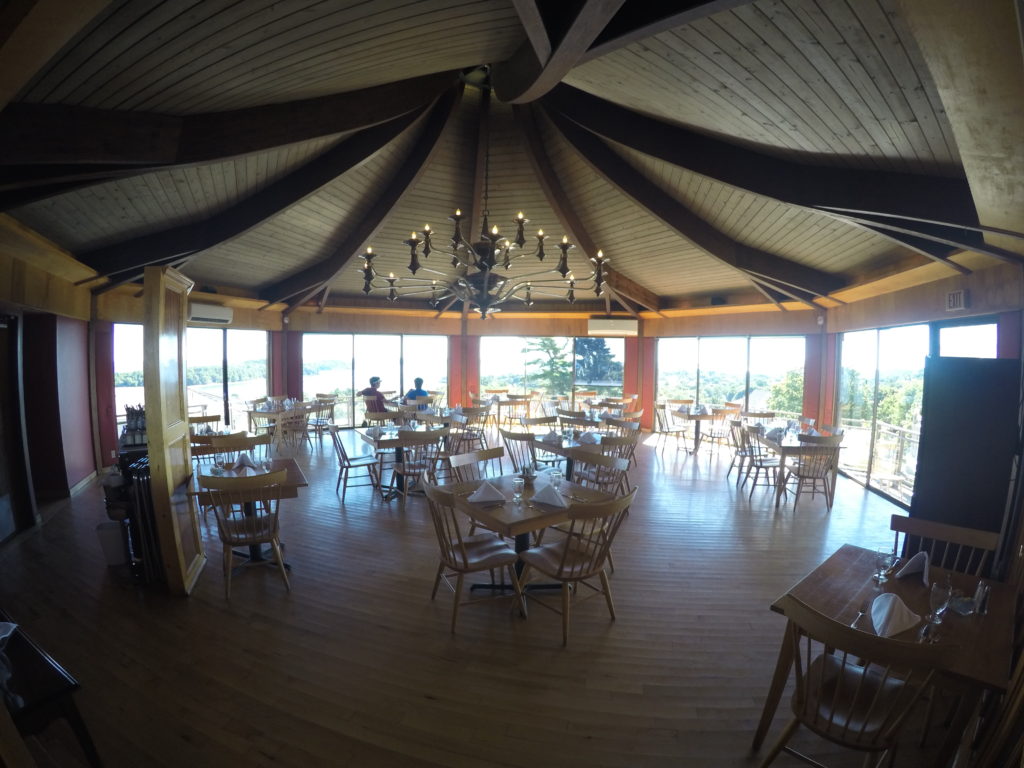 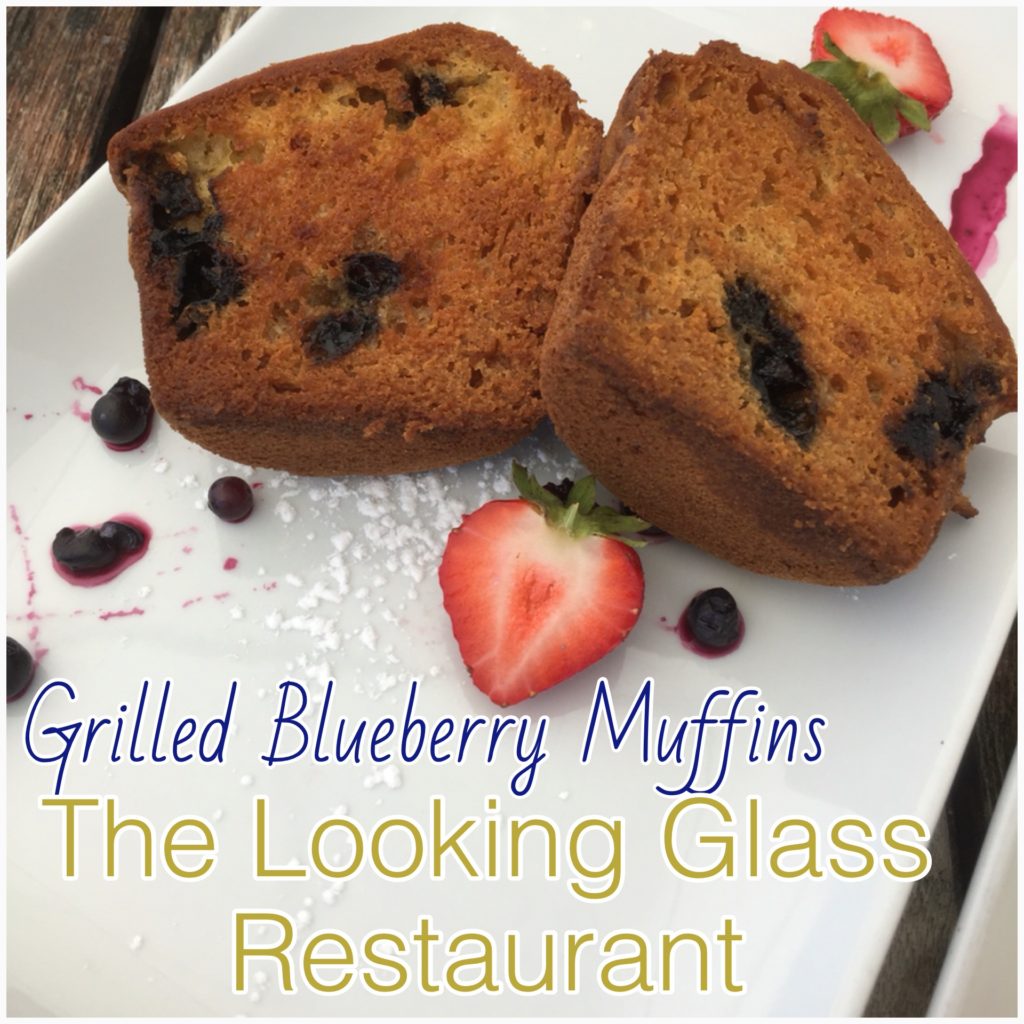 (More to come on these fire grilled Blueberry Muffins and other incredible edible treats around Bar Harbor! Stay tuned to future posts.)

The pictures don’t do it justice. Sit outside on the deck beside the fire pit or chose to stay inside under the oversized wooden chandelier – it’s spectacular. 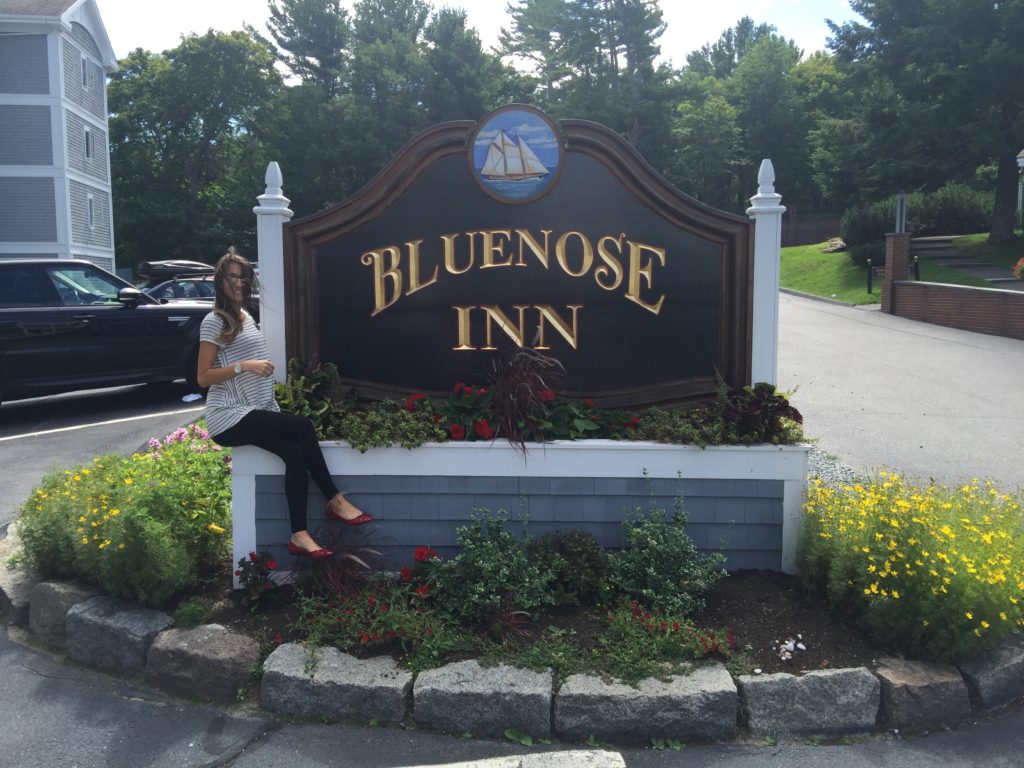 I don’t have enough nice things to stay about The Bluenose Inn. The value, the location, the perks, & the views will keep me wanting to come back. If you are planning an overnight to the Bar Harbor area, stop in at The Bluenose Inn.