Someone asked me recently   “If you could list three unmissable things to see at Disney World what would they be?” 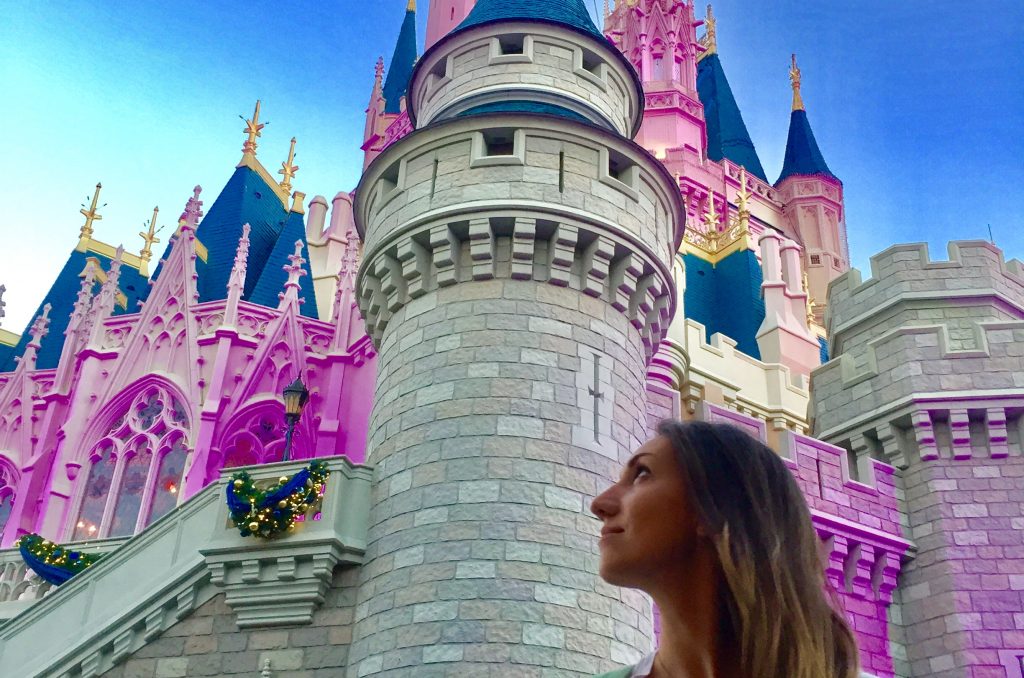 This is one of the hardest questions because there is so much to do inside of Walt Disney World. There are 4 parks, tons of resorts, a huge outdoor mall, water parks, etc. But I have narrowed it down to my top 3 things to experience in Disney World.

Most of you will be planning an epic Disney trip with the intention of visiting the parks. There is so much to do and even if you visit for a whole month – you won’t be able to do it all. Don’t plan so much that your jam packed and don’t have room for spontaneity. You never know what you are going to stumble upon – and it just might be the best part of your trip.

But you have to plan a little. I don’t want you to miss out on the best parts and that is why I am condensing my Disney advice to 3 things. If you hit these 3 incredible areas/attractions, you are doing Disney Right! Let’s begin….

There are 4 theme parks and EPCOT is one of them. EPCOT stands for “Experimental Prototype Community of Tomorrow”. Walt Disney himself had the vision of this being a futuristic and innovative park. He also had the vision of countries living side by side in unity. And that brings us to the back side (and my favorite side) of the EPCOT park, The World Showcase. The World Showcase area features 11 countries. They were originally sponsored by the countries themselves as a move towards diplomacy. 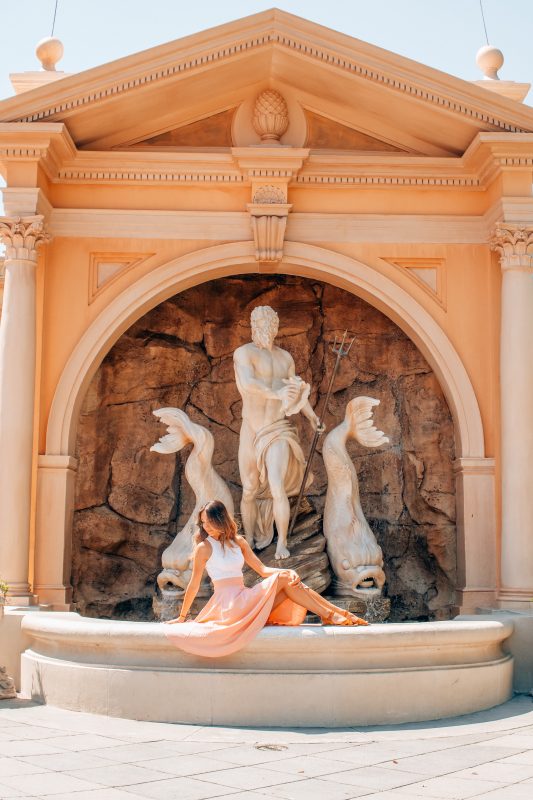 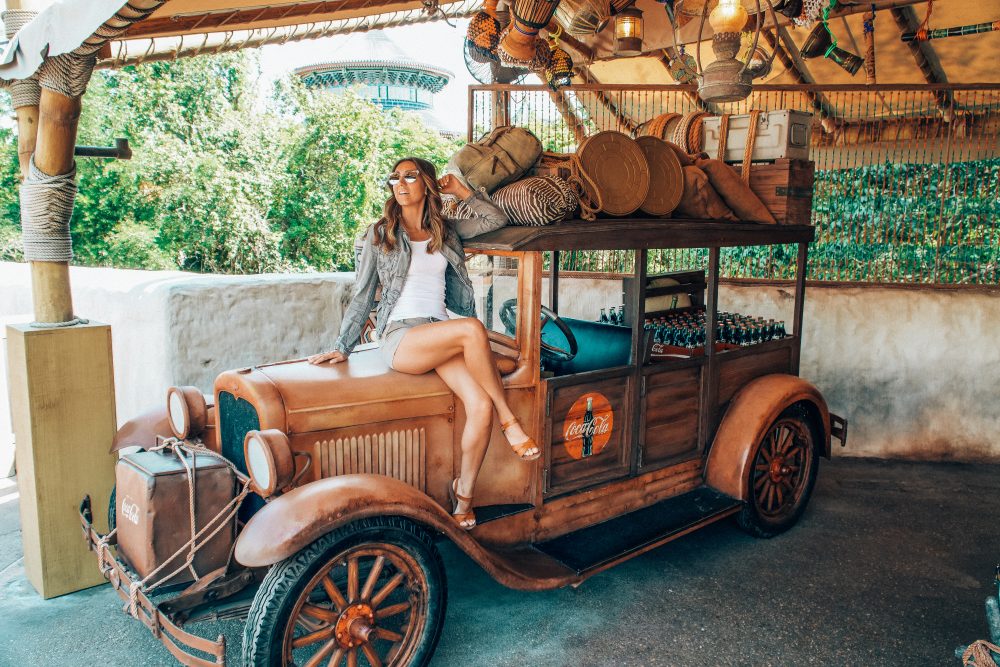 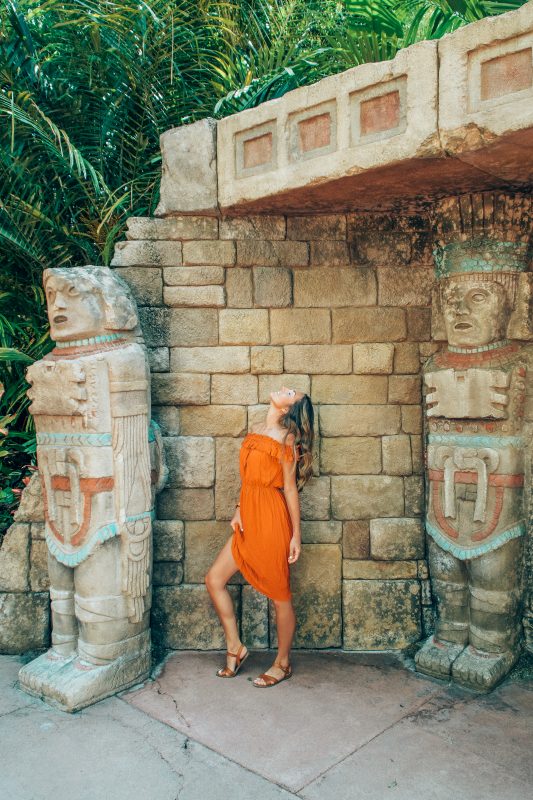 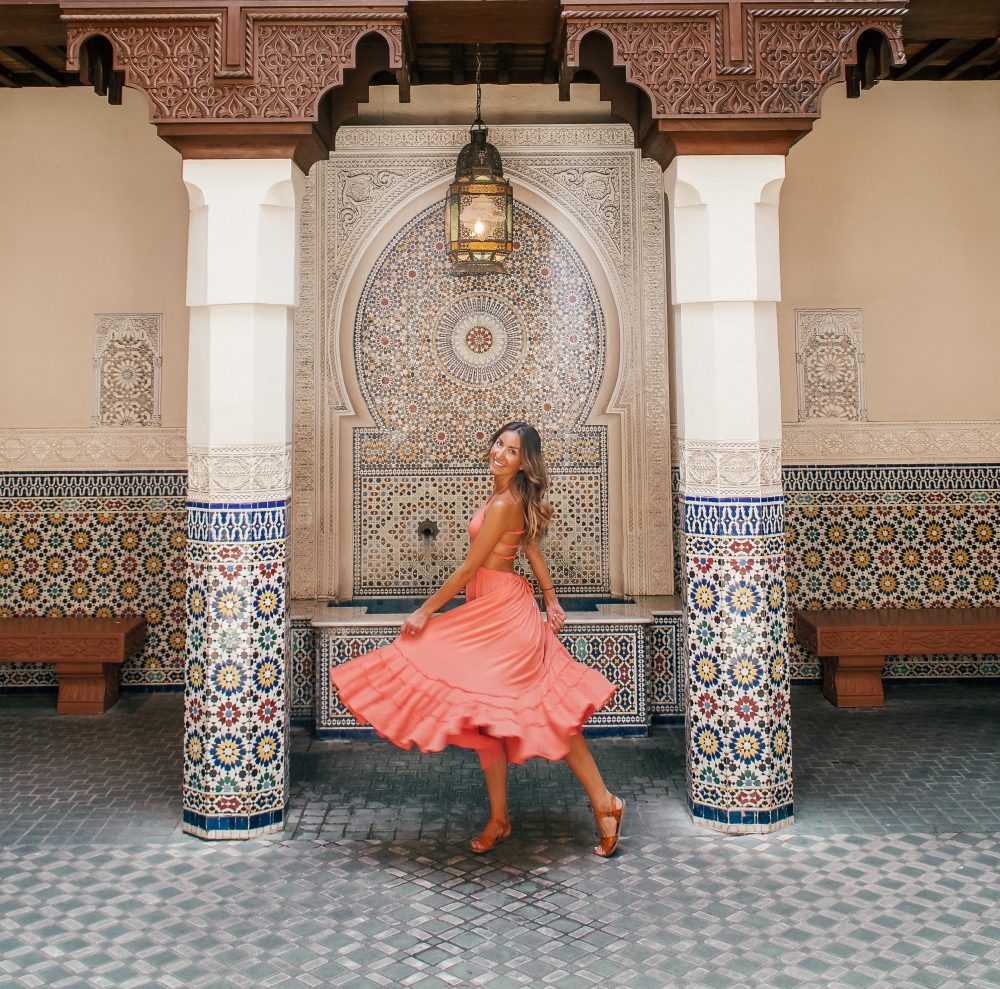 The cast members in each country are originally from those countries and speak the languages. It makes your “trip around the world” much more authentic. Each country area has architecture, clothes, food, rides, shops and music that is quintessential to that region. You can visit, Morocco, France, Italy, Japan, Canada, United Kingdom, Mexico, Germany, China, Norway, America! International Travel without your passport! (Every tuesday I feature a photo from the World Showcase on my Instagram for my #TravelgramTuesday. Click to follow). Strolling through 11 countries, tasting the food, interacting with “locals” and snapping photos of the intricate building designs is as close as your going to get to the magic of international travel in Orlando, Florida! This is a “can’t miss”!!!

A new world is waiting to be explored inside Animal Kingdom and it is themed after the Avatar movies. It’s one of the most beautiful man made places I’ve ever seen. You first walk down a long walkway to get to Disney’s Pandora, the Na’vi’s (blue people) homeland. You can only see the the impressive floating mountains from the outside. As you enter this 12 acre new addition you quickly feel transported. You left Animal Kingdom and Mickey Mouse behind. It is a park on it’s own. The details are what makes the place incredible. There is not one inch of this place that wasn’t meticulously thought out and decorated. (But that’s the Disney touch, isn’t it?) 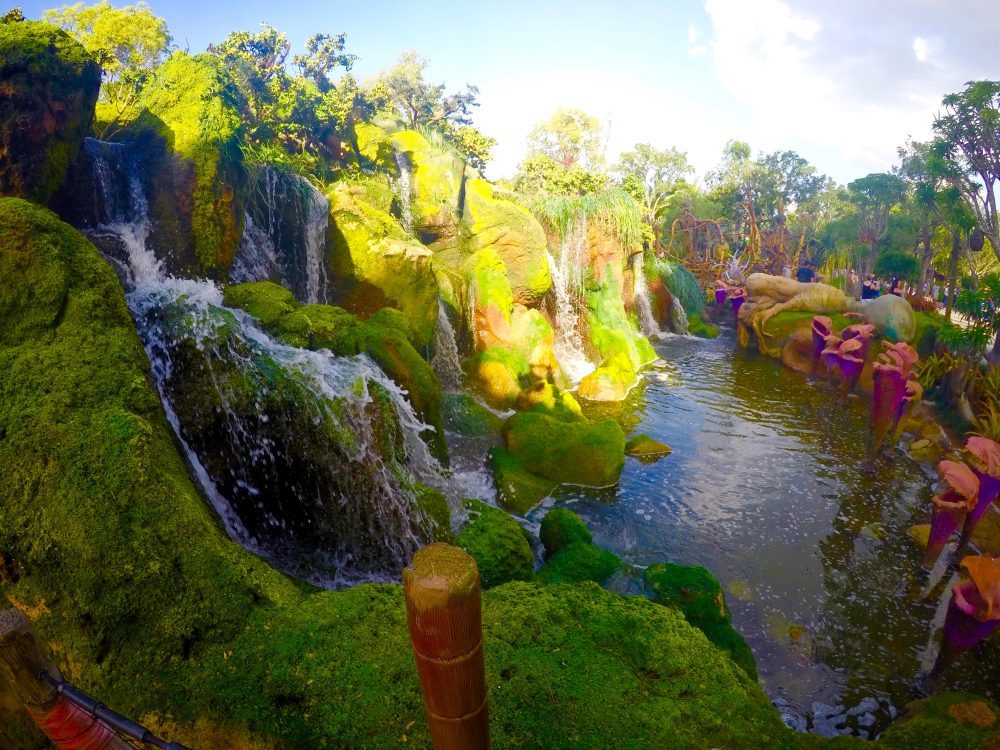 There are two rides, a restaurant, and a bar. The best part of Pandora is the ride: Avatar Flight of Passage. It is by far the best ride in all of Disney World. (This also means it has the longest wait times. Up to 4 hours at peak season!). Be sure to grab a Disney “fastpass” for this ride as early as 30 days in advance on the MyDisney Experience app.

Come to this land and you’ll feel transported to another planet. But the coolest thing happens when the sun goes down. This whole Pandora world illuminates in bioluminescent glory! It’s something that needs to be seen to be believed, so don’t skip Pandora world in Animal Kingdom. 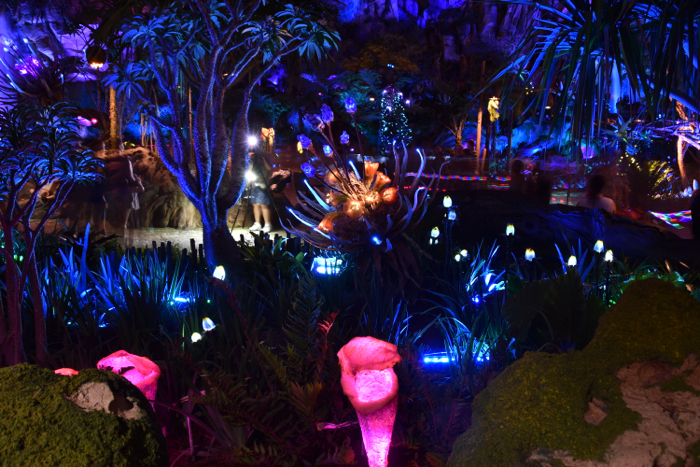 At the end of the day, the Magic Kingdom park puts on the most stunning show! This show is so much more than a few fireworks set to a soundtrack. It is going to be the highlight of your visit to Disney World. Complete with lasers, lights, projections, and the newest state of the art fireworks – I guarantee you haven’t seen anything like this before. Aside from the sheer innovations, it will touch you emotionally and tug at your heart strings. 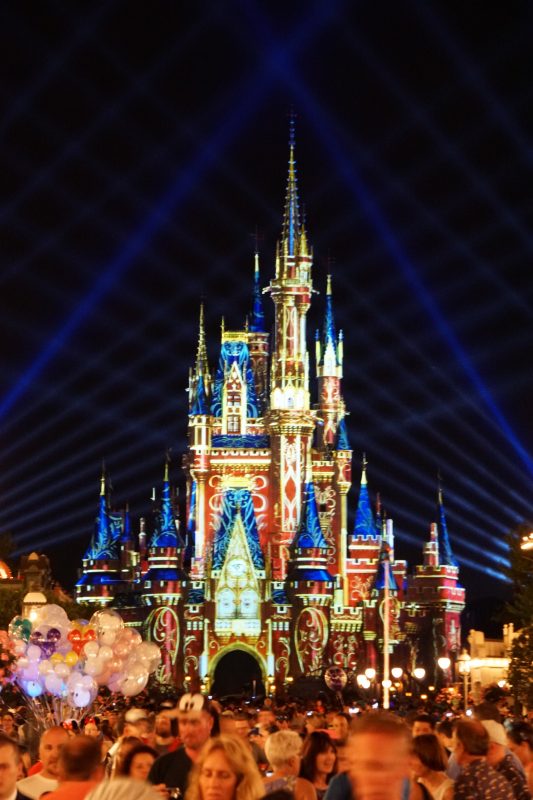 This opening narration will give you goosebumps as it’s delivered. As the music plays the castle projections begin. You won’t believe your eyes at how REAL and VIVID these images are. The Disney Cinderella castle transforms into a new royal look that makes the whole crowd gasp. You can’t understand how something is that colorful and realistic. The music builds and builds upon itself until…the beat drops and the fireworks rise!

I urge you all to stay for Disney’ “Happily Ever After” show when you visit the Magic Kingdom Park. This is an attraction that stands on its own and completely worth it. 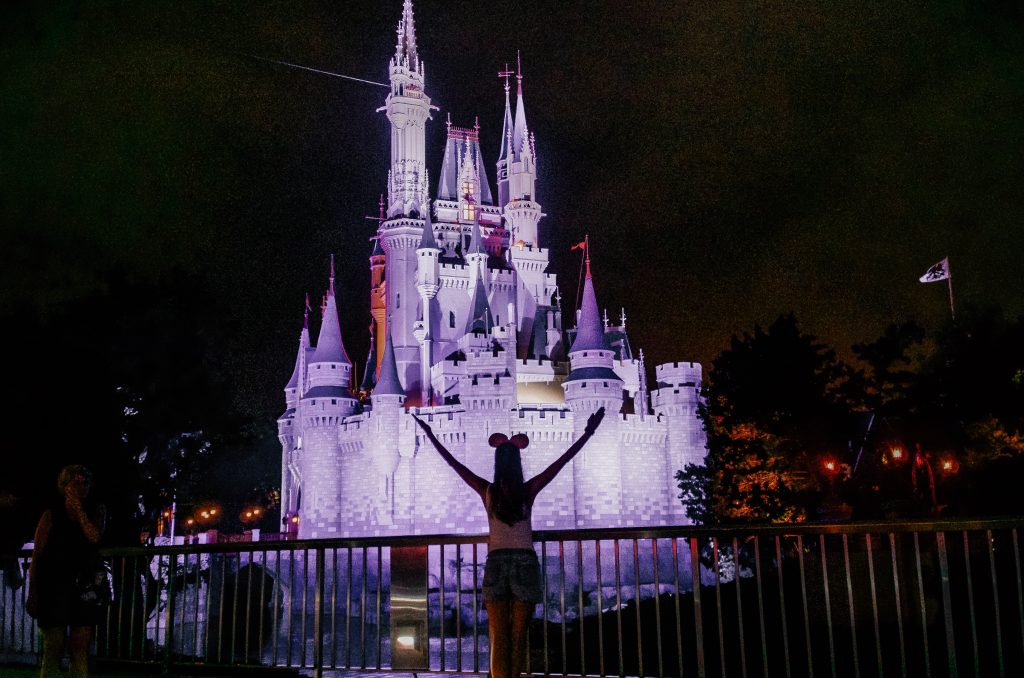 I can’t let you leave without mentioning that there is so many new things coming to Walt Disney World. There is Toy Story Land and Star Wars Land! There are many little hidden treasures for your to discover inside and outside the theme parks on Walt Disney World Resort property. My advice would is to be open to discover the small stuff. Slow down and relish in the simple fact that you are in Disney. Someone else’s baby might be screaming. It might be 100 degrees F. The humidity might be styling your hair. Your own kids might be testing the tantrum limits. TAKE IT ALL IN STRIDE. Take a deep breath. Let it go, as Elsa says! Enjoy the time with your loved ones – that’s the most important piece of a Disney trip. Remember this quote from the great Walt Disney himself…

“We believed in our idea – a family park where parents and children could have fun- together.” -Walt Disney

Previous Post: « Considerations You Need To Make When Choosing The Perfect Family Home
Next Post: 5 Integral Features For A Comfortable Holiday »

END_OF_DOCUMENT_TOKEN_TO_BE_REPLACED

127shares
We use cookies to ensure that we give you the best experience on our website. If you continue to use this site we will assume that you are happy with it.Ok