Bronte Carmichael plays Christopher Robins daughter in the new Disney movie “Christopher Robin”. Learn more below in this exclusive interview. I am part of the #ChristopherRobinEvent press tour. This post is a Disney partnered post. All opinions are my own. 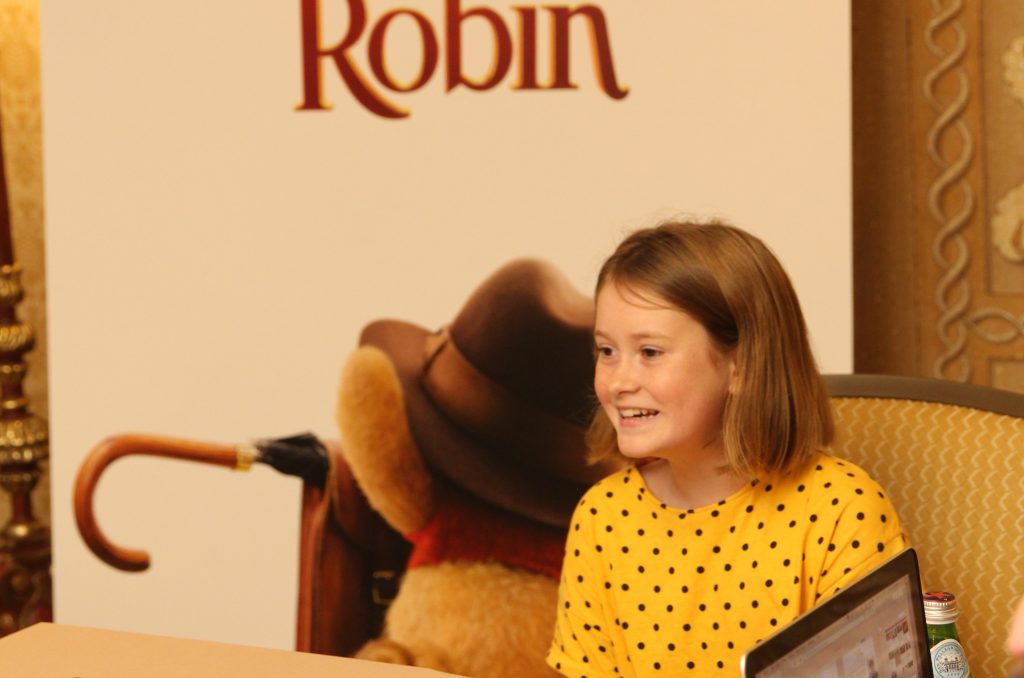 Bronte Carmichael is the charming child actress who plays Madelyn Robin, the only daughter of the beloved Christopher Robin (played by the talented Ewan McGregor) in the brand new Disney movie Christopher Robin. A group of bloggers and I had the privilege of interviewing her. Speaking with her helped me see the making of the movie through her eyes. The Christopher Robin movie through the eyes of an 11 year old is quite different from the perspective of an adult involved. 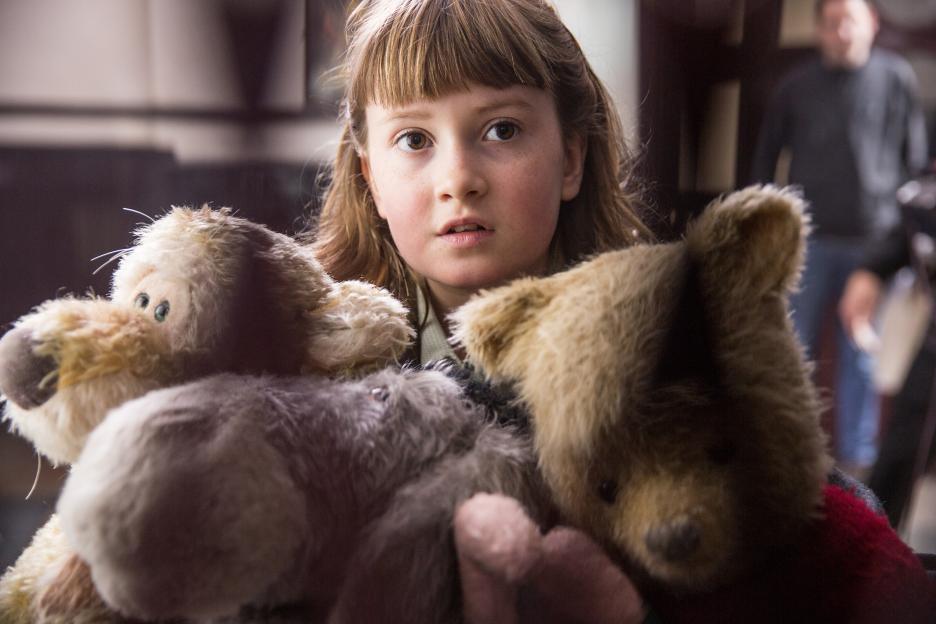 Bronte Carmichael was asked how she got involved in the film. Her mother was the first one to find out that she got the part. She went out and bought a stuffed Eeyore, put it in the garden for Bronte to find, and attached a little note that said “Looking forward to our adventures in the 100 acre woods.”

Ewan McGregor (who plays Christopher Robin, her father) describes Bronte Carmichael as a “…lovely little girl, she hasn’t got any pretensions at all.“. He had a hard time acting cold towards her in certain scenes. I can see where he’s coming from.  She was confident and humble as she sat in a room full of adults asking her questions about her job! She carries herself so well. Her mother should be quite proud! 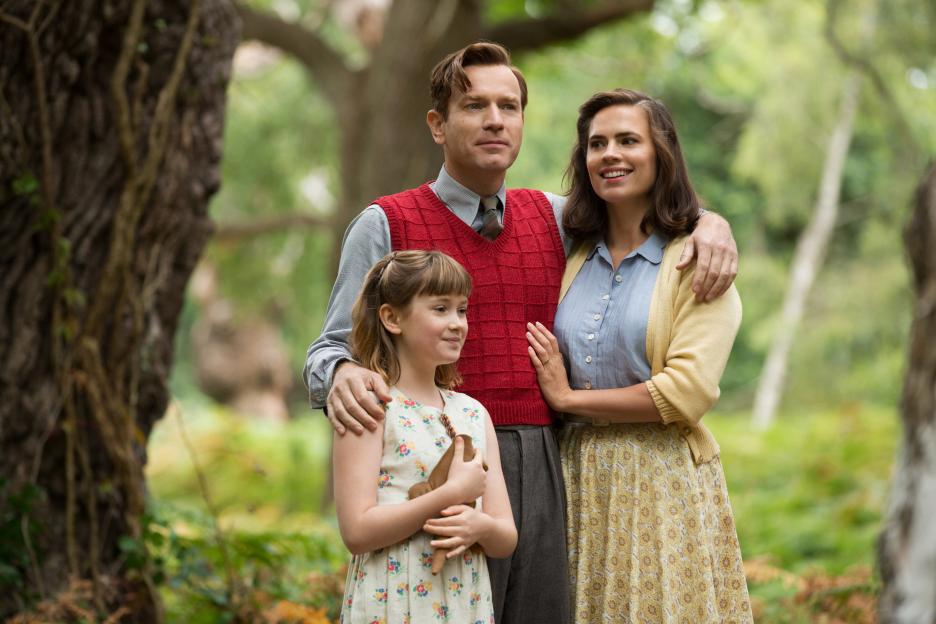 Bronte Carmichael  is a kid, she’s a child. She still loves to play with her stuffed animals and pretend with her sister. You could tell she has found a beautiful balance between work and play. She is childlike but so well spoken. 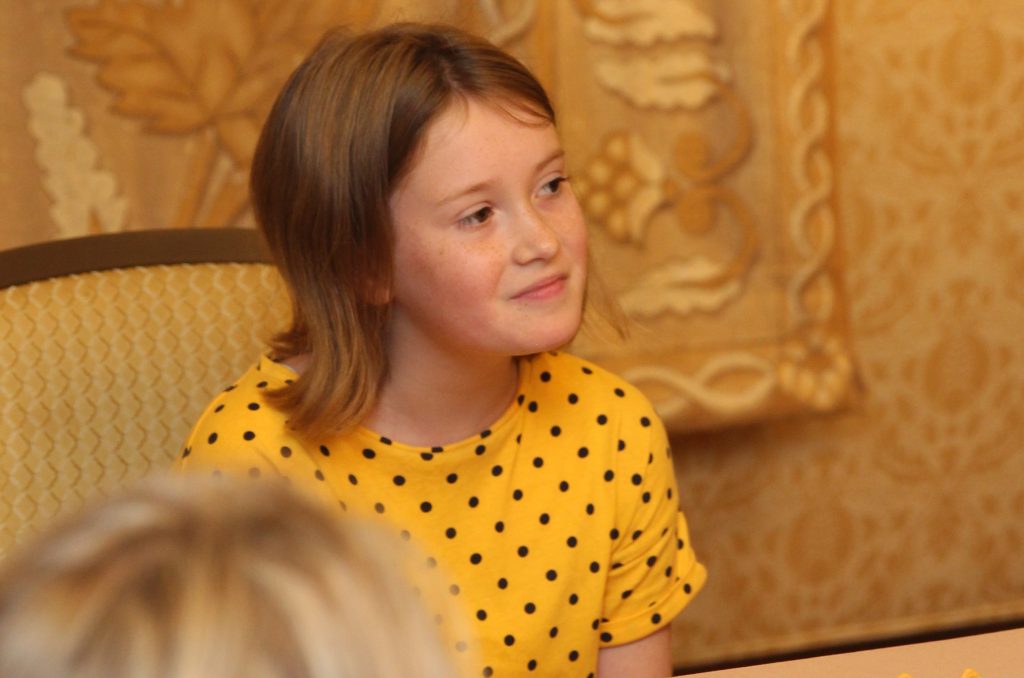 Bronte Carmichael does have advice for other children trying to break into the acting world. She says, “Be as natural as you can. Let it flow. Be in the moment.” She didn’t necessarily aspire to be an actress, fate sort of stepped in. A director friend of her parents asked her to be in a film and things snowballed from there. That’s how she ended up being involved in Christopher Robin.

Little Known Fact: Yes, her parents are actors. They act in this movie! Bronte’s mother and father play the parents of Christopher Robin.

I asked Bronte how she memorizes her lines. She responded “I read them once or twice. And then I do it again with my mom. Then I try to memorize them. I look back over them and go over what I can work on like facial expressions and emotions.”

Little Known Fact: All of Madelyns hand writing & drawings in the film was actually done by Bronte Carmichael. 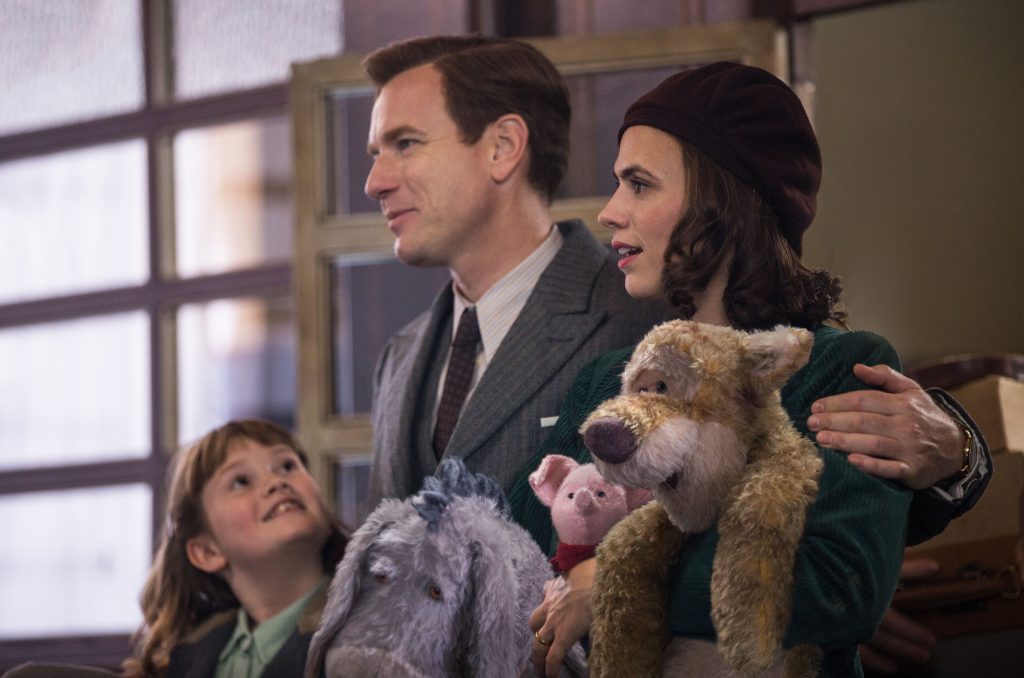 Bronte Carmichael was a fantastic pick for this film. She brings innocence and true wonder to the film that only a child could bring. Excellent choice Marc Forster!