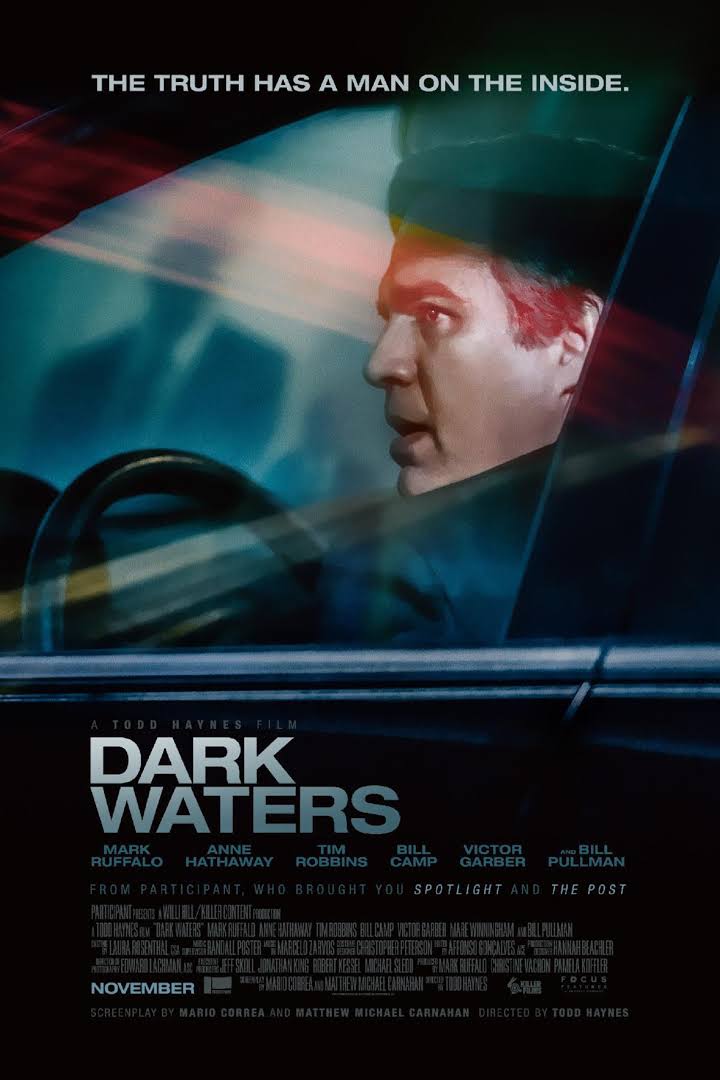 There’s something viscerally satisfying about the legal drama. The righteous attorney battling the undefeatable giant, be they a person or a corporation, who always has all the money in the world to help defend their sins. It’s not terribly complex, but like a well made cake it just needs the right ingredients to be enjoyable.

On the surface Dark Waters seems exactly like a classic legal thriller in the spirit of Runaway Jury or Erin Brokavich, more so the latter as both are based on true stories. Hitting the same notes where an impassioned speech about justice and a third act twist save the day. But Dark Waters chooses not to take as simple a route as those films, and while this may turn off some viewers who expected a less challenging movie, it’s ultimately better for it.

Same Notes but is this Legal Thriller Fresh?

For the first half, Dark Waters is much more a conspiracy film than a legal thriller. The story concerns Robert Bilott (Mark Ruffalo), a recently promoted Cincinnati attorney at a prestigious corporate defense firm. One day the unkempt farmer Wilbur Tennent (Bill Camp) shows up to his office demanding to see him, ranting about poisoned livestock. 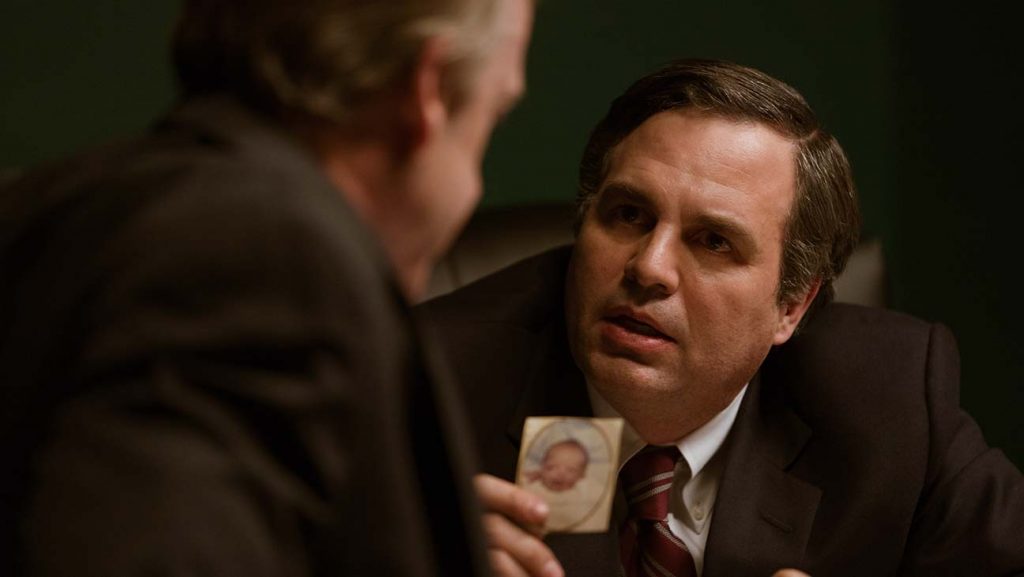 It turns out the man is a friend of Bilott’s Grandma, and from his hometown in West Virginia. Out of curiosity he decides to see what Wilbur is talking about, which turns out to be a lot of dead cows. Wilbur claims the local landfill owned by Dupont Chemical is responsible. Bilott is doubtful, but begins asking questions. When this leads to more questions and hostile responses from the company, Bilott becomes convinced of a cover up.

How we Delve into Robert Bilott’s Mind

The film does a good job putting us into Robert Bilott’s mind, with Ruffalo making an excellent audience surrogate. We feel the same outrage he does when he discovers the callous disregard for human life, and the same desire to see justice done. Ruffalo’s performance is so strong partly because it feels so out of character for the actor. Bilott comes off as such an average person, with little touches like his distracted responses to his wife’s conversations, making it feel like a lived in character. 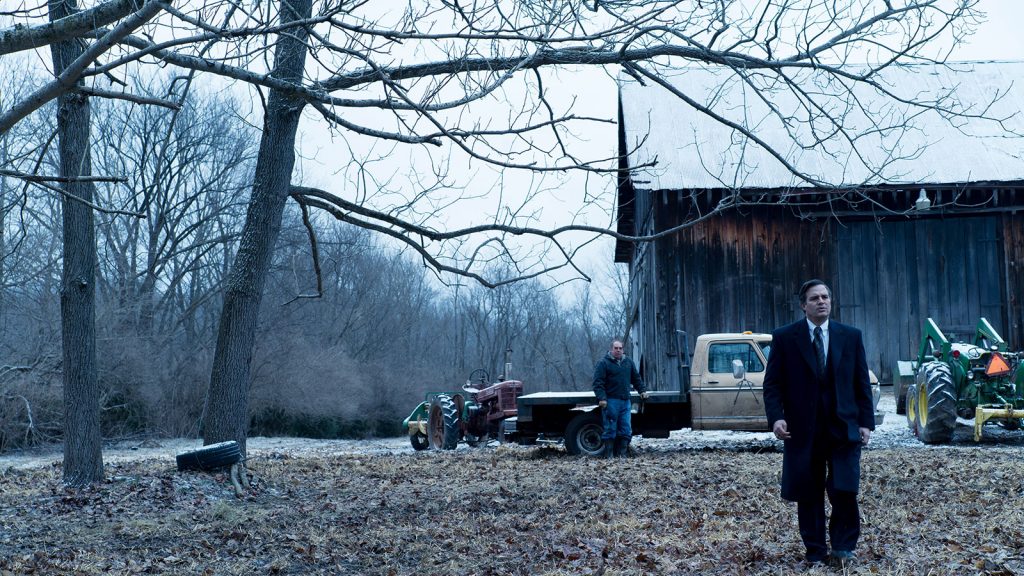 The Fair but Combative projection of Anne Hathaway’s Character

That wife in question is Sarah Bilott, played with the same attention to detail by Anne Hatheway. Sarah Bilott is scripted incredibly well, and never falls into the trope of the underdeveloped spouse who exists only to be a supportive sounding board to the male protagonist. Hathaway imbues her with a rich inner life, and while she comes off as combative at first to Robert’s cause, the film fairly shows that their entire life is upended by his crusade to an unreasonable point.

Suffering in the End of Dark Waters

Which brings us to the second half, where the film takes a turn into the more realistic rather than the typical three act structure. Just because Robert discovered Dupont was acting criminally irresponsibly doesn’t mean that behavior stops or it’s victims given justice. Dark Waters is a film that understands life isn’t always fair, and the bad guys don’t always lose the moment their evil deeds are discovered.

We see Bilott fight every step of the way, and the mere fact that his fight takes time means people will suffer before he can win. Bilott suffers too as he must turn down more profitable work to continue his crusade. If the film has a major flaw it’s that certain sequences can be too effective with it’s message that the system is broken, and actually become more depressing than enlightening. But it still effectively shows the real impact of it’s villain’s actions and why Bilott became so driven to defeat them.

Dark Waters doesn’t end with any grand speech about the nature of justice, but instead a call to action. It shows us that real justice isn’t easy or quick, but it’s more than worth fighting for.