Disney’s newest trend is the “live-action” remake. I gotta say they have been ‘hit or miss’ for the past few years but the brand new The Lion King is superb! Disney’s The Lion King roared into theaters July 19, 2019. 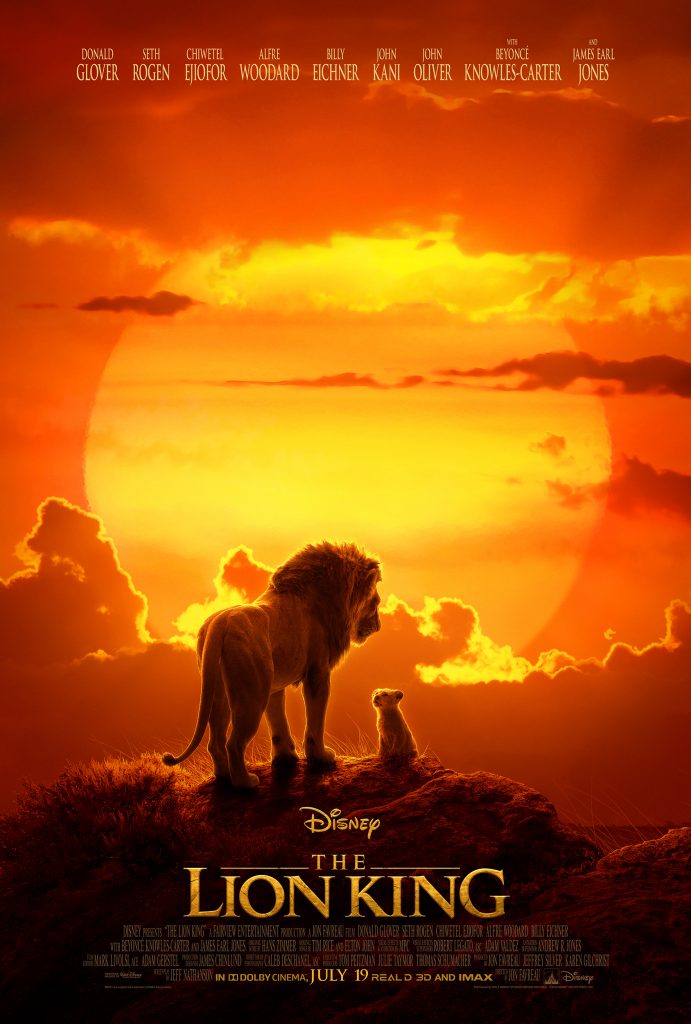 You MUST take your whole family to this movie and I’ve got 5 great reason why you should!

#1 The Nostalgia of It All | The Lion King

First of all, let’s start with the opening scenes. You remember the opening scenes from the original. The sun rises, the song begins to chant, the animals rush the African Sahara to meet the new king!!!! You remember, and you’ll get nostalgic goosebumps just like I did when Rafiki holds Simba high, the animals bow and song bridge EXPLODES! You will have to stop yourself from singing along – because I did! My daughter literally shushed ME. 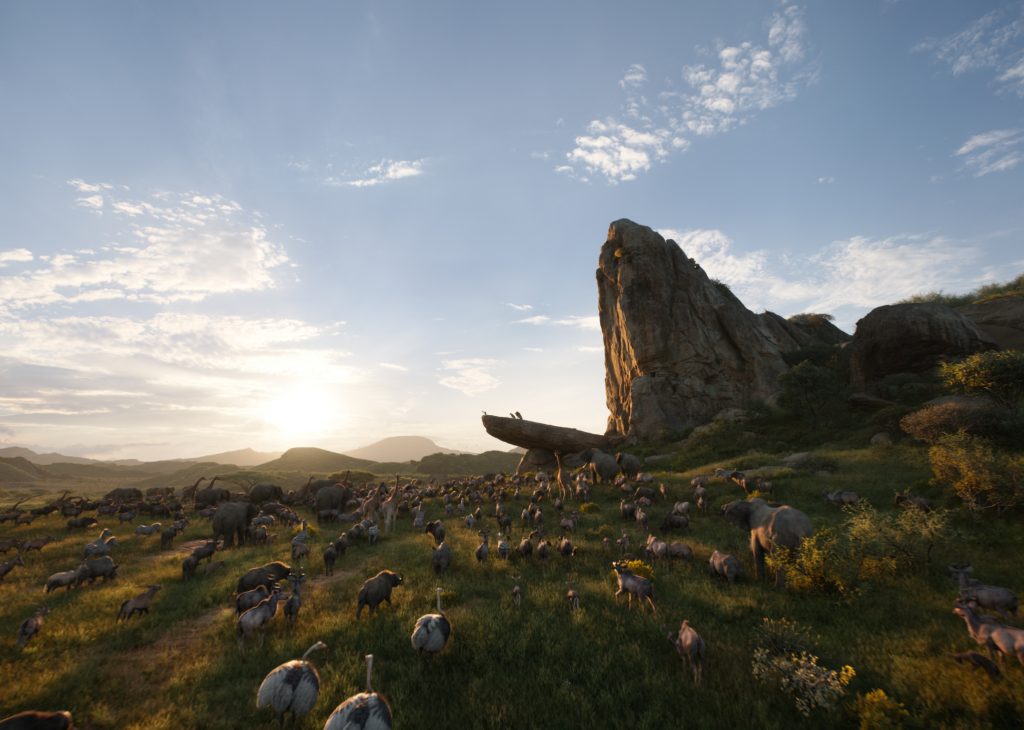 This brings me to the first reason why you should see this movie, for the same reason that all Millennials are rushing to the theaters for Disney movies lately…NOSTALGIA. The originals were a big part of our childhood and let’s face it – #adulting is hard.

I wish I was a kid again in the early 90s. (Side note: maybe this is why crop tops and overalls are back in style) But the next best thing is for Disney to remake the highlights of our childhood with modern day celebrities that we worship. Sounds like a recipe for success!

#2 The Animation & Cinematography | The Lion King

CGI will never be the same. I forgot I was watching an “animated” film. The lighting was perfect. The African Sahara and jungles were so detailed, even the blades of grass were perfect. 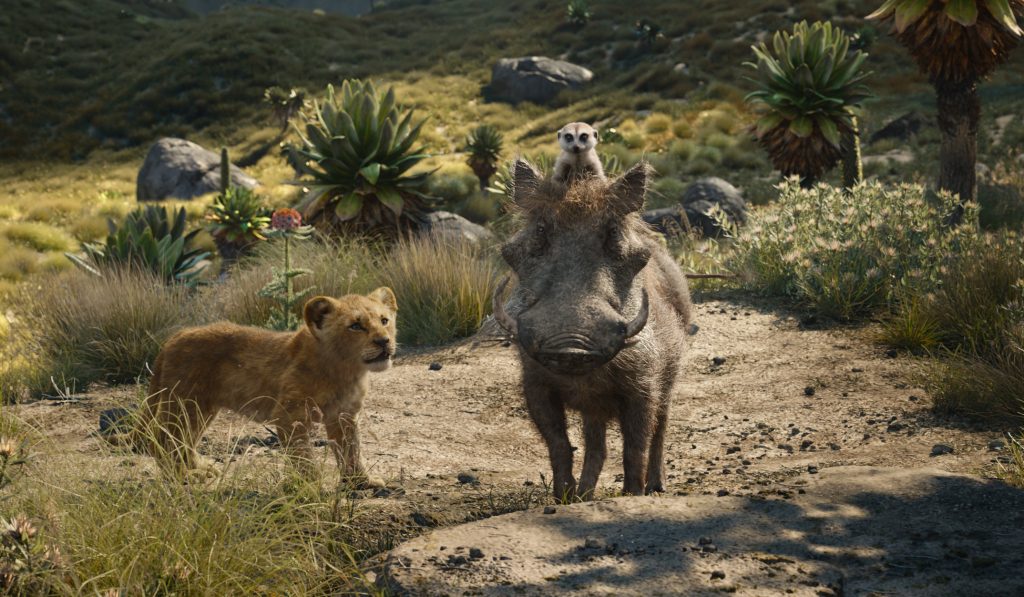 I was taken aback by the realistic ways the animals movement was animated. I thought I was watching “Planet Earth” or a National Geographic documentary! The only thing that kept snapping me out of it, was when the animals would talk. Then I was like, Oh yeah, this is a completely computer generated world. I forgot. Those gals & guys at Disney animation studios are literally THE BEST.

#3 The Perfection of Casting | The Lion King

Honestly, if you read the casting list for this movie it sounds more like the red carpet list at the Met Gala or something. I mean…Beyonce everybody….Beyonce!

The best casted character was by far John Oliver as Zazu. No one embodies Zazus character traits more in real life than John Oliver. He brings a silliness with the most delightful British accent. I can’t get over how perfect he was for this role. His voice, personality, and delivery was excellent. 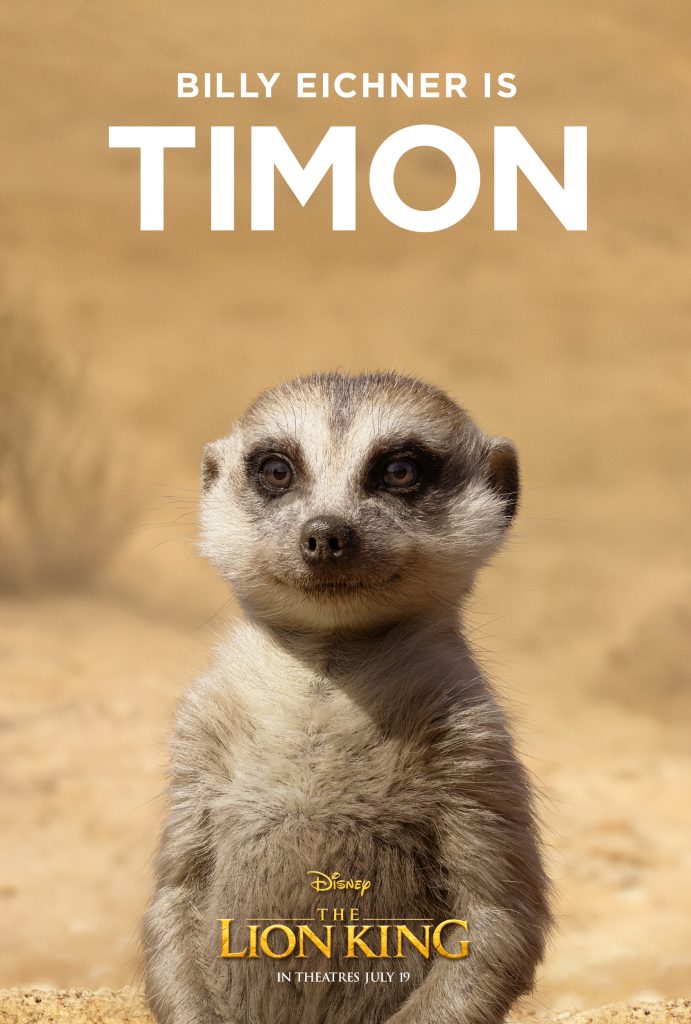 My favorite character was Timon played by Billy Eichner. I thought it was an odd choice for this character who was voiced by Nathan Lane in the original (1994). But WOW, Billy was wonderful. He brought this hilarious pessimistic comedic sensibility. It was still Billy, but it was still completely Timon. And can we talk about how AMAZING his voice is? I had no idea Billy Eichner could sing so well. I see major musicals in his future. Billy Eichner was the CLEAR stand out in this movie.

Let’s get back to Beyonce. Yes Queen Bae and more A-list celebs came together for this movie. I am so pleased they had James Earl Jones do the voice of Mufasa again! Just look a few of the stars who voiced these beloved characters. 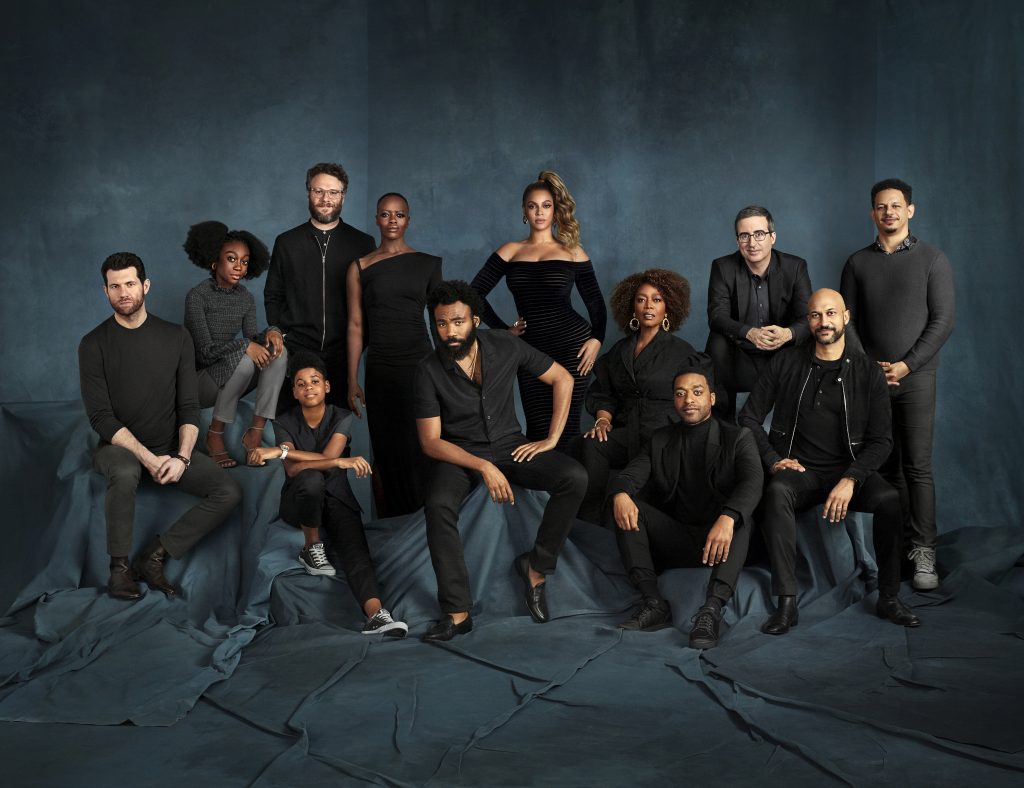 Thank you Jon Favreau for the PG rating. There is no foul language or inappropriate behavior. Everyone (concerned parents) have been asking me about the Mufasa death scene (SPOILER ALERT, but honestly if you didn’t know Mufasa dies, than you’ve probably been trapped in a weird christian cult wearing a prairie dress for the last 20 years. Thoughts & Prayers.)

Mufasa dies while Simba watches. It is a sad and touching scene but nothing violent, gory, or too much for the average 5&up crowd. Every parent knows their kids maturity level. Every child is so different. I took my 4 year old and he wasn’t traumatized.

There is a HILARIOUS nod to another Disney movie towards the middle of the movie. The first lines of a particularly popular Beauty and the Beast song are sung in one scene. The whole theater erupted in laughter. Only Disney can do that!!!

This remake sung a familiar tune with a total renovation that feels like an upgrade and not a remake. Take the whole family and sing along until your shushed!