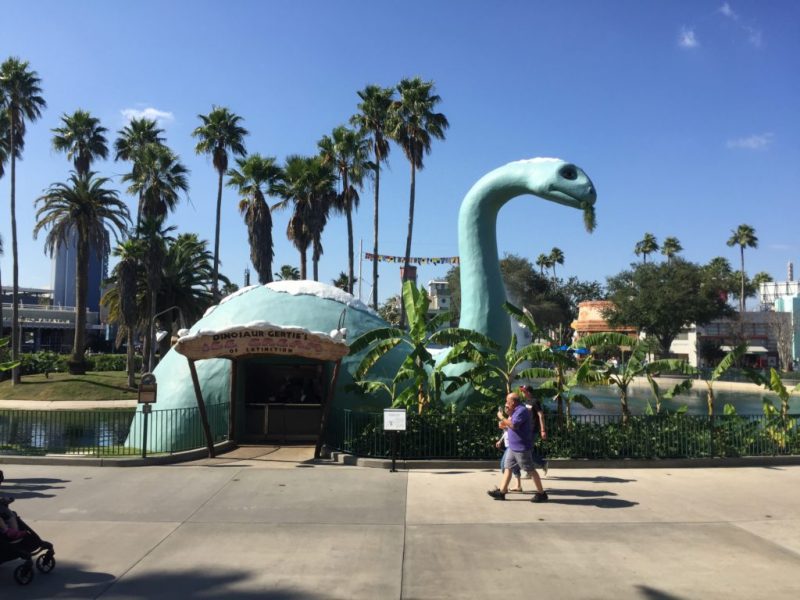 What is this dinosaur ice cream stand doing on the edge of Echo Lake inside Hollywood Studios?
Why a dinosaur, what does that have to do with ice cream?

I’m sure you all you’ve seen it, passed by it, and maybe even ordered a cone at the Gertie Ice Cream Stand. Seems random, right? But it is not as random as you think! Gertie the Dinosaur was an actual cartoon movie that came out in 1914. It was revolutionary in it’s time and was one of the first animated films that somehow created empathy for the animated character. Gertie did so much more than just tell a story, she made you feel. Gertie was a favorite of Walt Disney’s. He never forgot how impacting it was. “Without Gertie, there might not have been a Mickey” – according to Walt Disney.  So it only made sense that Walt Disney wanted a tribute to Gertie in one of his theme parks – it was originally meant for Magic Kingdom but got scrapped from the final plans.

The main tagline that they used to advertise the move back in 1914 was, “Gertie – She’s a scream!”
Now do you get why it’s an ice cream stand? 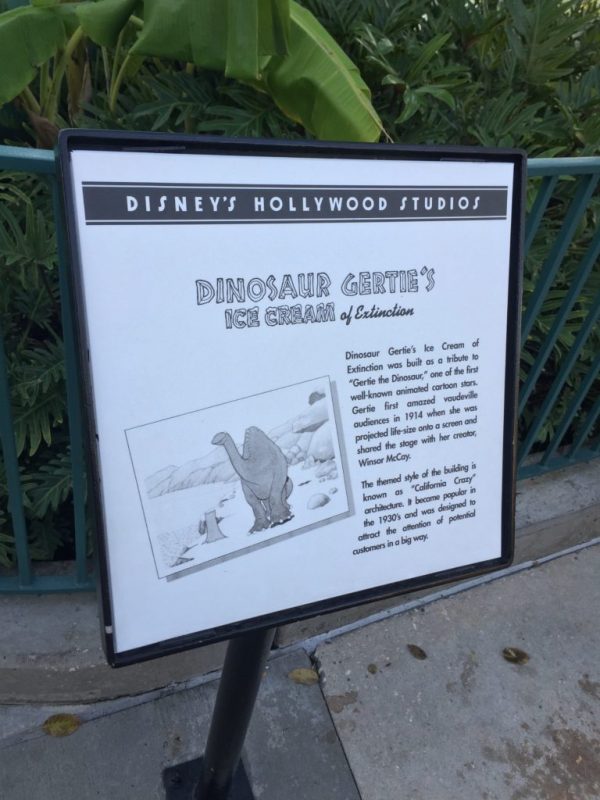 Take a minute to read the plaque to the right of the stand.
Be sure to glance around and find the Gertie footprints leading towards the lake from the walkway to the embankment of Echo Lake. 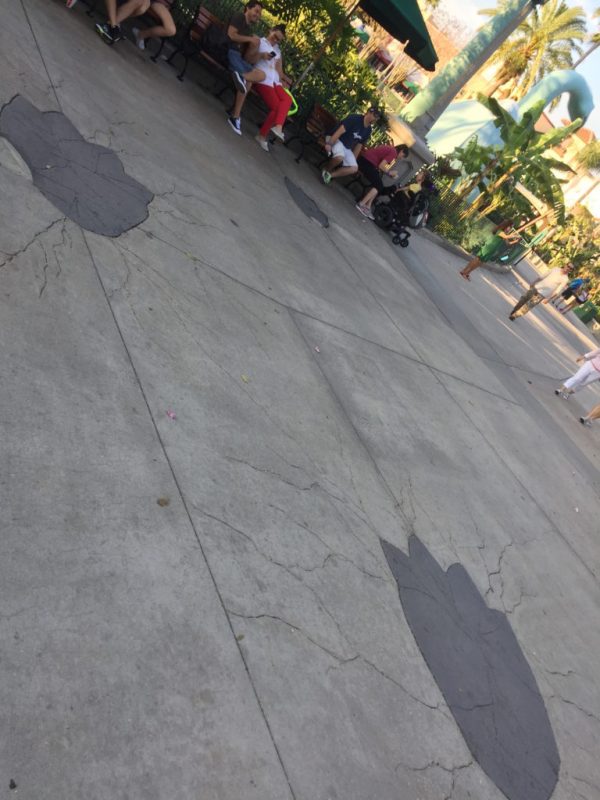 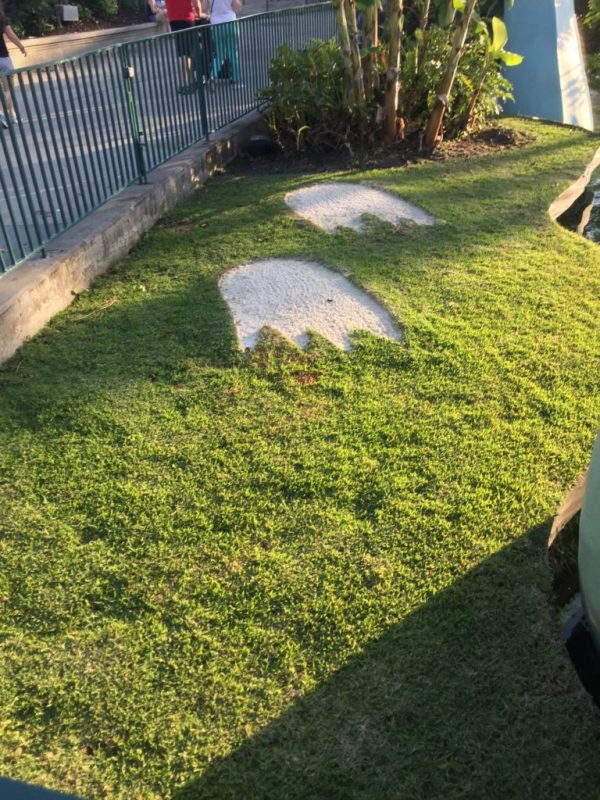 I would order a delicious ice cream cone and take a seat on a bench nearby.
Click this video below to watch Gertie and show it to your kids as you enjoy a sweet treat!

Here is the original 5 minute Gertie the Dinosaur Movie circa 1914.