While there are so many places in the USA to keep us occupied on our long and wistful journeys, have you ever ventured south? No, Not Florida, but further south than that! Specifically, beyond Mexico, into Honduras, Belize, and Cuba. These countries make up a trilogy of destinations that aren’t just relaxing and replete with sunshine, but there’s so much to do, regardless of your constitution. If you’re an adventurous type, there’s plenty, but also, if you like to relax, you can very easily laze on the many beaches. So let’s get into this, and pick some of the highlights of these three countries that are in the center of the US. 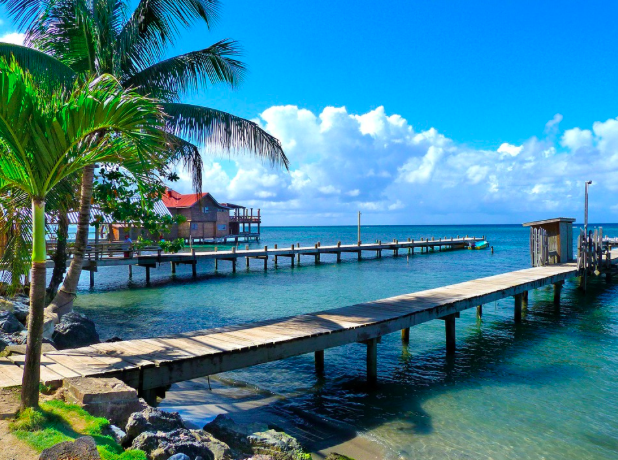 In Central America, Honduras is the second largest country, and not only is there a bunch of fantastic natural sites to behold, but there’s also enough to keep the most ardent of adventurers occupied. Not only this, but it’s a great place to go on vacation if you haven’t got much money! While it’s pretty warm a lot of the time, you are best off going during February or March. The temperatures are tolerable, whereas the rest of the year is a bit more erratic in its weather, especially as the climate in Central America is prone to a lot of rainstorms. Although, on the other hand, you may want to see one of the greatest highlights of Central America during a rainstorm, the tropical rainforests! But what else can you do there?

If you are keen on your archaeology, the site of Copan is a remnant from the civilization of Maya. The site was occupied for more than 2000 years, and was actually a thriving capital city, whereas now its sparseness is surprising when you get there. As well as the architecture that captures the eye, this UNESCO world heritage site also showcases some buildings, palaces, and even pyramids! The monument plaza is a definite highlight, where you can spy many sculpted monuments. If you are on the lookout for something a bit more nature-oriented, the La Tigra National Park covers 240 square kilometers of the most natural beauty spots. The keen birdwatchers will marvel at the over 200 species of resident and migratory birds.

But if you’re looking for somewhere to relax, put your feet up, and just soak up a feeling of calmness, Lake Yojoa doesn’t just have breathtaking views, as would be expected from the largest lake in Honduras (with a surface area of more than 30 square miles), but you can relax in the rest area so not only can you appreciate the views, but you can feast on the local cuisine. there are so many restaurants on the banks of this lake, that you are spoilt for choice for fresh fried fish!

For those looking for an extra ingredient on their journey, the Museum for National Identity is dedicated to the conservation and investigation of historical materials from Honduras. Head into this museum, and you will see a collection of art and artifacts that provide a timeline of Honduras all the way up to the present day. 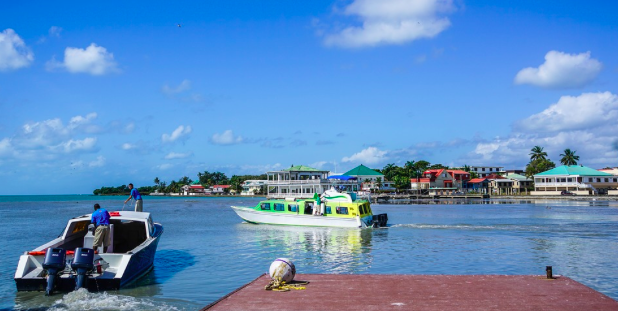 Right on the Caribbean coastline, Belize is most definitely a small country, but you can pack a lot in on your journey. The great draw of Belize is that it’s such a diverse mixture of cultures; it’s not uncommon to see people speaking, not just English, but Spanish, Garifuna or Maya. Commonly it’s an alternative retirement spot for many Americans and Canadians and while the coastline is a definite highlight, if you are looking to explore the place, the jungle on the inland, as well as the second largest coral reef in the world, provides many exciting expeditions. So, what can we all get involved with?

The Mayan ruins provide much of the underlying drama of Belize, and on the border, the ruins of Caracol is an incredibly quaint place to visit. While the views are, arguably, more breathtaking in Tikal, this is more of a tourist hotspot, especially as it was made famous by Star Wars! If you are looking for a place for quiet contemplation, where you can sit in solitude, and look over the entire landscape, and even into Guatemala, Caracol needs to be on your list! Once you’ve got your energy back, you need to experience Shark Ray Alley and Hol Chan Marine Reserve! A full day snorkeling trip gives you the opportunity to get up close with barracudas, snappers, stingrays, as well as the king of the ocean, the mighty shark! You can also see the underwater cave known as the Tarpon Pool, and see the eponymous game fish known as Tarpon in their natural habitat.

If you’re looking for a zoo, the Belize Zoo isn’t home to the usual types of animals you’d see everywhere, in fact, there are more than 45 species of animals that are here because they’re unable to get by in the wild. This zoo helps to rehabilitated animals before releasing them back into the wild, like wild birds and jaguars. 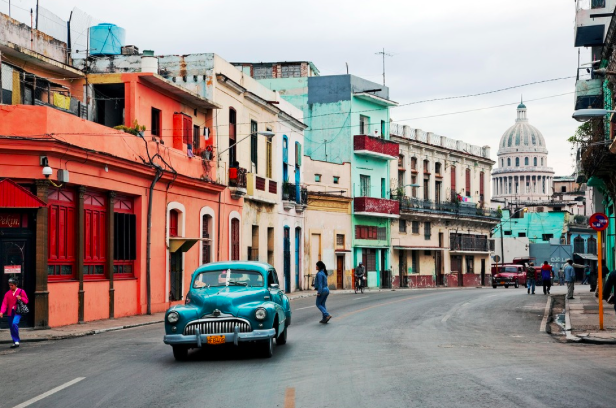 Before you land in Cuba, you may very well want to take a detour to the Cayman Islands. If you’re not sure what to do in the Cayman Islands, you can look at this aforementioned link, but if you want to pop over from Belize instead, Cuba has been famous as a tourist hotspot for decades. And while relations in a political sense have been somewhat precarious, especially against the United States, the air has calmed down somewhat so American tourists can move more freely and spend money there. And while the laid-back attitudes can be a definite highlight, there’s a lot more for any tourist to get their teeth stuck into. The weather is always a big positive- sunsets, hot climate, and that music in automatically transport you to another plane of relaxation. but what else is there for the average tourist to do in this beautiful country?

If you are a keen musician, Cuba really is one of the places that has brought that smooth latin feel to the masses. Not just the Buena Vista Social Club, but if you are venturing through Cuba, a club like the La Zorra y el Cuervo is a hotbed of jazz, as well as more specialized genres of Cuban music, like trova, son and danzon. Music really is the spine of the country, but if it’s is to form part of a nighttime expedition, you have to head to the Malecon, which is the equivalent of the strip in Las Vegas. This 5-mile coastal path plays host to all sorts of wanderers, musicians, street vendors, and a whole manner of people looking for a nighttime adventure. If you want to party from dusk till dawn, the bars don’t shut at midnight here! And while you’re looking for fuel for your nighttime excursion, food provides such a variety that you can refuel yourself in the manner you see fit. From coconut pies to pork hamburgers and everything in between, you’ve got it! And let’s not neglect the rum and cigars! if you are heading to Cuba, it might be a cliche that rum, cigars, and boxing are part of the culture, but really, you cannot leave until you sampled these decadent delights.

If you’re looking for something a bit more on the active side, you could go hiking up to the highest point of Cuba, Pico Turquino, and scale all 1974 meters, or if you’re looking for something a bit more on the ground, you could head to a salsa class at the outdoor club 1830 and see if your legs can stand the Latin rhythms. And let’s not neglect the architecture Cuba has to offer, especially in the middle of Havana. The residential area of Vedado boasts expensive mansions that were once exquisite family estates, but are now a relic of the past, reduced to a pile of crumbling aesthetics. But as far as the more modern buildings of Havana are concerned, the “Old Plaza” is a bit more touristy, but as far as sparkling as of color are concerned, if you’re looking for a relaxed way to wile away an afternoon, you can hunker down in one of the many cafes and enjoy a beer or mojito, if the mood takes you!

As you can see, the central islands of America have a lot to occupy, not just the typical tourist, but anybody looking for a slice of adventure! Honduras, Belize, and Cuba have so many different cultural highlights, not least the wonderful weather. But make sure you choose the time of year carefully. The weather of central America is notoriously mixed, but if you are after a vacation with something a little different, and you want to experience other cultures right there with the locals, you’ve got a lot to choose from. Whether you want to relax on a beach, go snorkeling, or just hit the bars, every country has their own options, but these three can give you the added extra of living a laid-back lifestyle which can rub off on you before heading back to real life. Let’s head south, shall we?

END_OF_DOCUMENT_TOKEN_TO_BE_REPLACED

3shares
We use cookies to ensure that we give you the best experience on our website. If you continue to use this site we will assume that you are happy with it.Ok