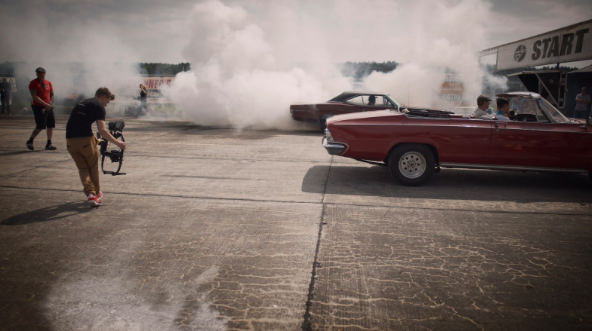 It can be extremely worthwhile to visit the world at your own pace, to choose your destinations based on a travel guide, or perhaps visit family abroad. But sometimes, you want to visit the places that have meant much to you despite never traveling there. The locations we can often find from our television viewing habits might be a great way to decide on where your next expedition should take you.

We’ve all considered visiting Central Perk in New York City thanks to Friends, but of course there are many more culturally relevant television shows or movies that you may wish to visit the sets of, all over the world and certainly in every area of the United States. So why not plan out a ‘screen tour’ with your best friend, and head over to view this arrangement as the purpose of your visit, planning radial activities around that area for convenience and wonder? This sounds like an excellent idea, but it can sometimes take inspiration to get us all motivated in this direction. This is where we’ve hopefully got you sorted. Consider the following options for the best success:

The classic comedy and reinvention share one stunning hallmark in common, and it’s not the ghostbusting vacuums, it’s the firehouse in Tribeca, New York. Heading to this destination on North Moore Street can not only help you see the iconic slim building with its well-known red door, but this also gives you the possibility of heading to a number of amazing restaurants, delicatessens and beautiful cafes nearby. Many of the business-owning locals have interesting stories to tell about the filming process here, and some businesses even remember when the first movie, perhaps the best of the entire license, was filmed on that sidewalk.

If you’re a classic movie fan, you can’t get much more classic and iconic than this.

How I Met Your Mother

While you’re still in New York, it might be that you wish to visit one of the famous destinations of the hit sitcom ‘How I met Your Mother.’ This would of course be the hangout in which the gang relatively frequents and talks through their issues. The real bar is named McGees, and is on 240 West 55th Street. Finding it is easy, thanks to its red palette, How I Met Your Mother signage and even show-themed trivia night that takes place every Tuesday around 8pm.

Who could forget Breaking Bad? Its revolutionary explosion onto the television circuit captured the hearts, minds and fears of so many of us during its runtime, and its five-season exploration of everyone’s rogue high school chemistry teacher still stands as a complete work of brilliance, ready to digest. The show was shot primarily in New Mexico, and you can visit some of the locations in person. The famous White residence is in Albuquerque New Mexico, on Piermont Drive. However, if visiting to see it in person, remember that people actually live here as a residence, and while they are quite used to fans from the show coming to see where it was filmed, they have been known to encounter troubles with rapid fans.

In one of the most memorable and hilarious shots from Breaking Bad, Walter throws a full pizza on the roof of his garage. Visitors have considered this shot so iconic they have deigned to repeat it time and time again, to the point where a public notice was issued. So if you go, be sure to behave yourself. However, visiting nearby Twisters the fast food joint, otherwise known as ‘Los Pollos Hermanos’ will lend you a view of the mural they have for the show there.

Los Angeles is home to many beautiful films and studios over the past decades, and so listing them all would be impossible. However, if there’s a film that has been more celebrated and was more celebratory of LA culture than La La Land, we can’t think of it. One of the most iconic areas of the movie is the Griffith Observatory, where Ryan Gosling and Emma Stone gave one of their most iconic dances. Heading on a fantastic Los Angeles jet charter to this destination need only be the first step in your beautiful American journey. Who knows what wonders you might see thanks to taking this trip, and just what streets might be recollected in your memory?

With this travel advice, your screen tour is sure to be the beginning of something special.

Previous Post: « Keeping The Kids Busy On A Lazy Day
Next Post: What is a nofollow link and how to create one »