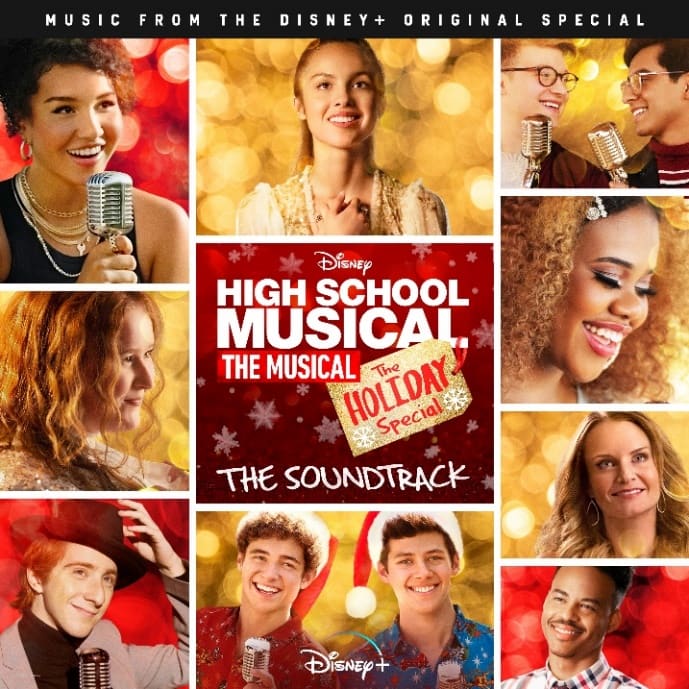 Raise your hand if you are a fan of High school musical! Awesome, then you know there is a sort of “reboot” streaming on Disney+ called HIGH SCHOOL MUSICAL: THE MUSICAL! (which has been “Certified Fresh” by Rotten Tomatoes.) If you haven’t watched it – it’s brilliant. Read more about it here:

I’d like to officially announce that we are getting a treat this holiday season because “High School Musical : The Musical” is getting a holiday special!!!! Wow, that was a mouthful!

Today, Disney+ released the trailer for “High School Musical: The Musical: The Holiday Special,” which premieres Friday, December 11 on the streaming service.

I’m so excited for this special and Disney+ just announced that the soundtrack will be available, November 20th, 2020!   THE HOLIDAY SPECIAL:

Here’s a Sneak Peak of Season Two Featured in Trailer

This trailer includes a preview of “The Perfect Gift,” a new song from the highly anticipated second season of the series, written and performed by Joshua Bassett (“High School Musical: The Musical: The Series”).

The track listing for the special and soundtrack is as follows:

“High School Musical: The Musical: The Holiday Special” is executive-produced by “High School Musical:  The Musical: The Series” creator and executive producer Tim Federle (Golden Globe and Academy Award-nominated “Ferdinand”) and Ashley Edens (“Dancing With The Stars”).  The series has been “Certified Fresh” on Rotten Tomatoes as measured by a consensus of reviews by top critics and audience members, and recently received the 2020 GLAAD Media Award for “Outstanding Kids & Family Programming.”

See you on the streaming platform, only on Disney+!

Previous Post: « Ways to Help Your Kids Through the Mourning Process
Next Post: All the Christmas Movies + TV Episodes Streaming on Disney+ 2020 »