Jim Cummings plays the voice of Winnie the Pooh and Tigger in the new Disney movie “Christopher Robin”. Learn more below in this exclusive interview. I am part of the #ChristopherRobinEvent press tour. This post is a Disney partnered post. All opinions are my own.

The most endearing “character actor that you don’t see” is Jim Cummings. My interview began in a cold conference room inside the luxurious Montage Hotel. This was my first time interviewing Hollywood actors, so I was slightly intimidated. Jim Cummings quickly broke the ice as he went into a character and said, “You’re probably wondering why I’ve called you all here. We’ll be taking over the world later on..“. We all laughed and he giggled in silly delight. This set the tone for the interview straight away. We, including Jim Cummings, were going to have fun today. 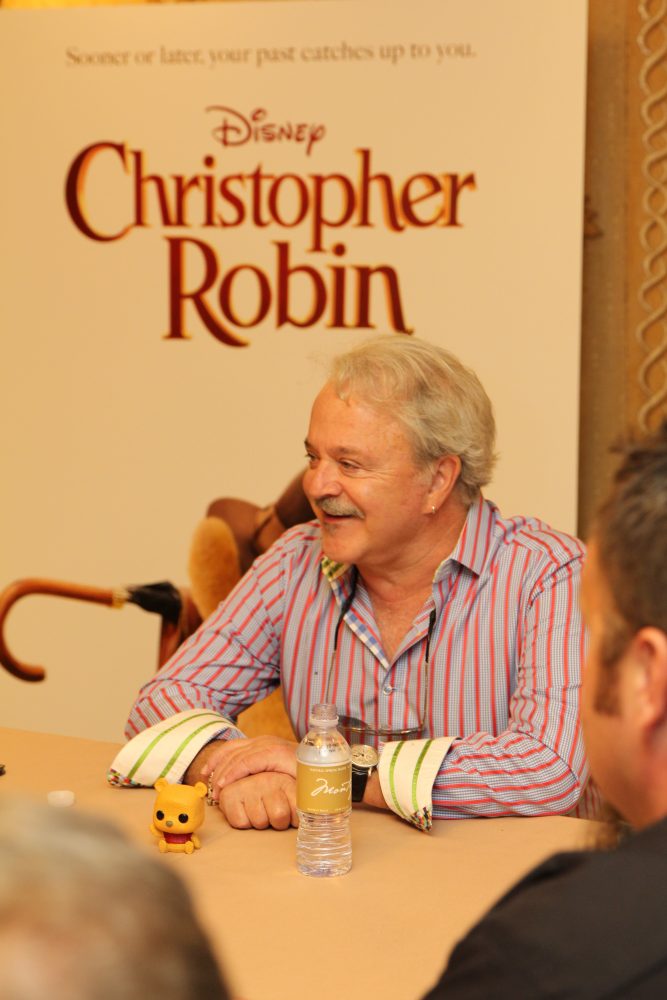 Jim Cummings has a power greater than a dictator or dignitary. He has the power to melt a room with a simple “Oh Bother!” He commands a room with his presence and what a sweet presence it is. You could tell that no one wanted the interview to end that morning. We could have sat there for another hour smiling at his stories and voices. Jim Cummings is known for many things but his main contribution to the world (in my opinion) are the characters of Winnie the Pooh and Tigger in Disney’s Christopher Robin.

Jim Cummings has been voicing the animated Pooh and Tigger for many years now. The incredible thing about Jim Cummings is that he can toggle between Winnie the Pooh and Tigger in the same sentence. His posture and face transforms as he “becomes” the characters. (He even treated us with a few lines as Darkwing Duck!)

Jim Cummings self describes his voices as “a sculpture you can hear” because of the editing and work he puts into making each voice just perfect. 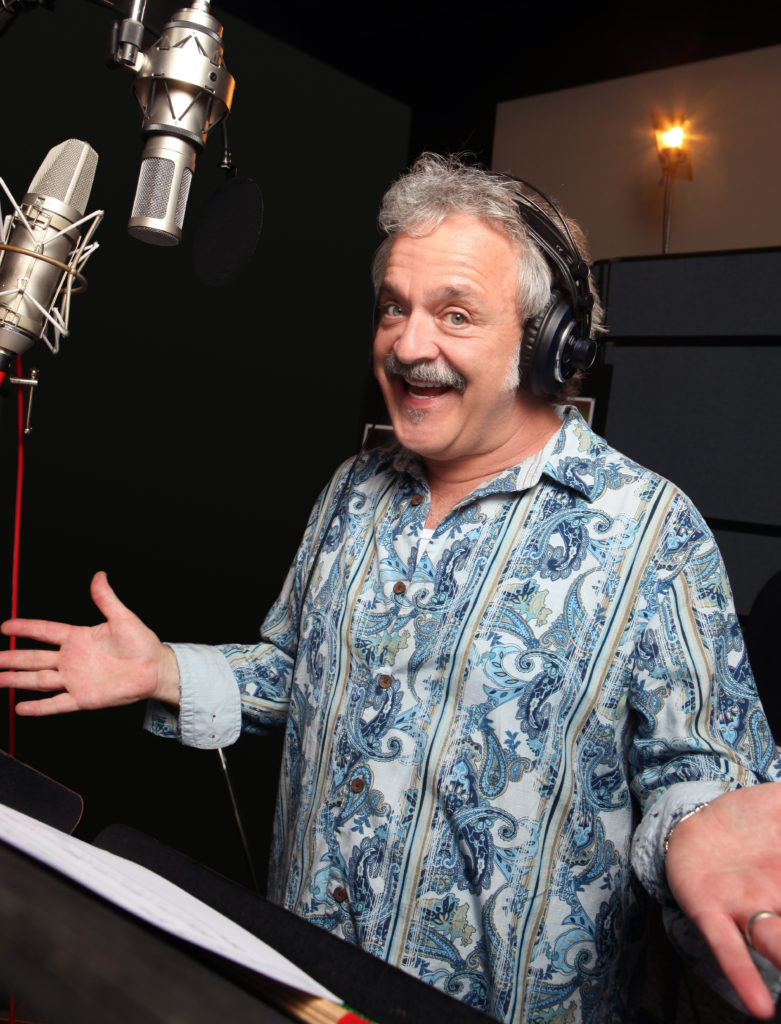 As all the actors I spoke to in this movie, Jim raved about the vision of director Marc Forster. Jim called his vision “sublime” and credits him as a reason he jumped on board with the reimagining of a grown up Christopher Robin.

Jim Cummings said “One of the best parts of my job is when I get to do the voice of Winnie the Pooh to little kids, and see their awestruck reaction!” He was asked what specifically about Pooh brings about that endearing reaction. He had this to say, “I think no matter how old you are, it’s a pipeline to YOU as a 5 or 8 year old. It reminds you of wonderful times. It’s an audio comfort.” 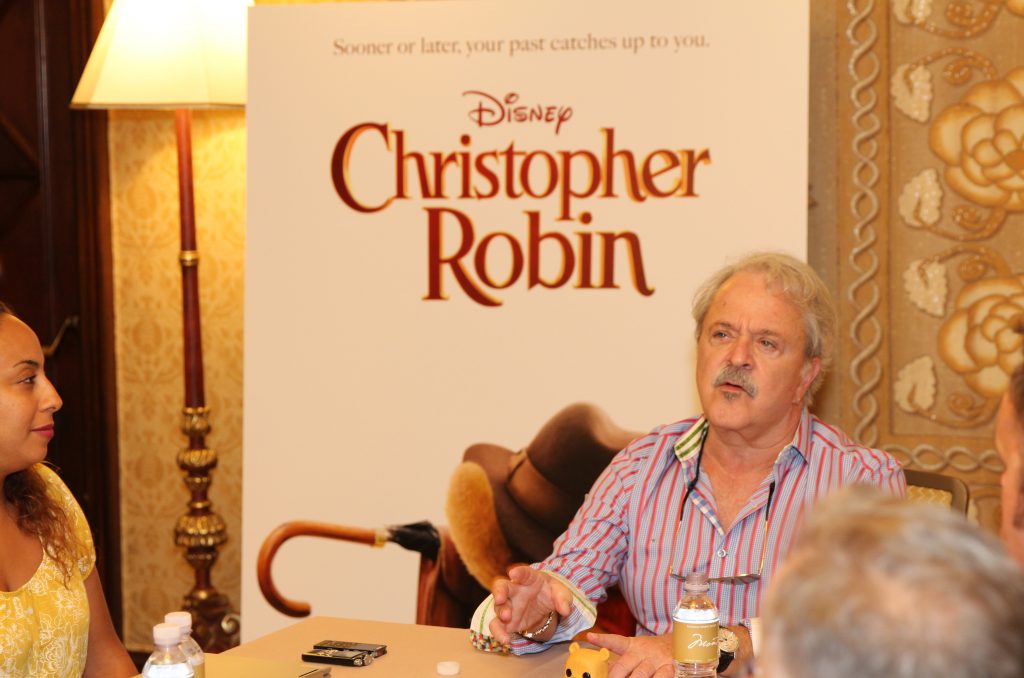 One thing that Jim Cummings mentioned about his role is that he loves the calmness and serenity of Pooh logic.  He has done Pooh for 30 years and Ad Libs quite often during this movie.

My favorite moment during the interview was when I asked him if he has always imitated and done impressions. He answered with a loud and rolling “YES! I was so annoying as a kid!” He went on to describe his favorite impression as a kid…. his late Aunt Grace. “She sounded like she was a boxer.” He treated us to a humorous impression and the whole room burst into laughter! You could see in his eyes (as we laughed) that his joy comes from his talent. 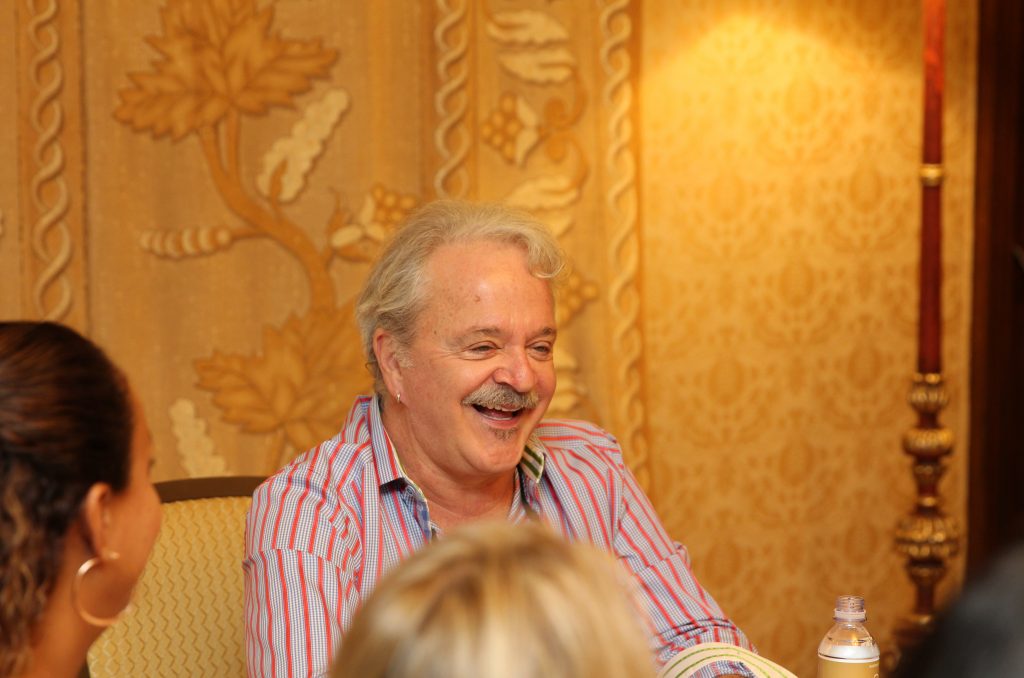 Before he left he shared with us a photo of his daughter and a sweet story about taking her to the Princess & the Frog premiere. It strangely humanized the actor. You start to see Jim Cummings apart from his art and as a father. It was such a sweet experience to interview him. Sweeter than honey!

We should be ever so grateful that Jim Cummings lent his voice to us for this precious movie. 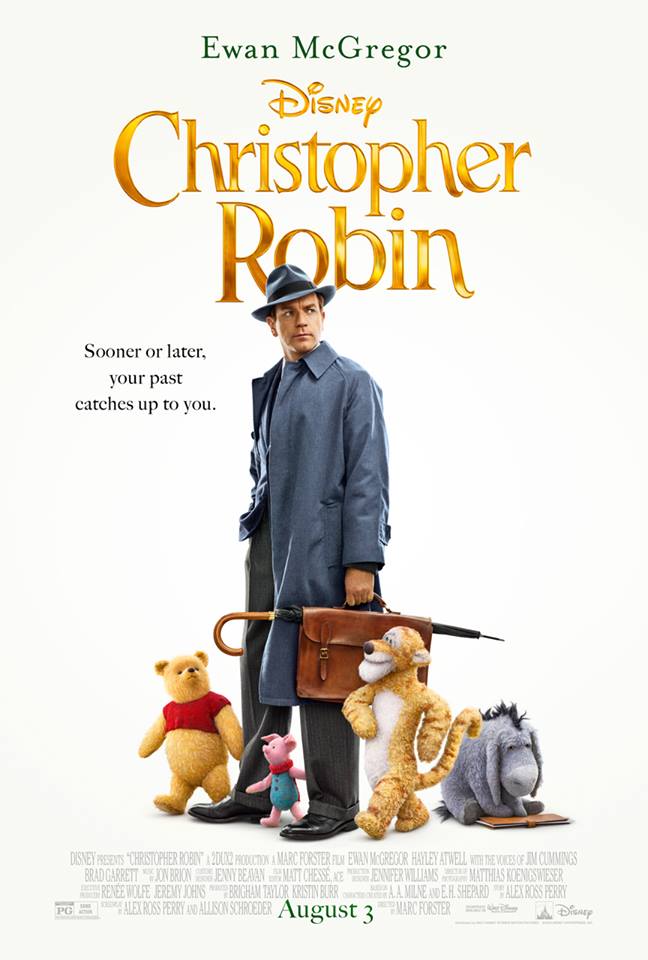 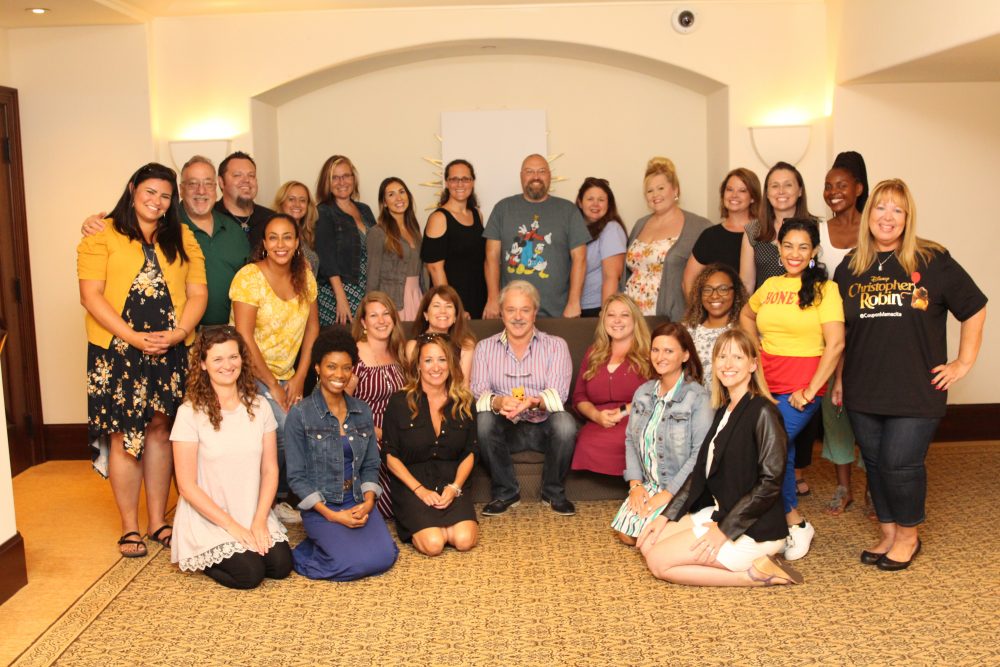 Previous Post: « Spotting The Signs Of Stress You May Not Have Noticed
Next Post: Cycling For Fitness 101 »