Lady and the Tramp is a live-action remake of the 1955 Disney classic. This meet-cute story of two dogs from opposite backgrounds is set in the early 19oos romantic Savannah, Georgia. This story of inclusion and finding a family to love will have you howling at the moon! – Meg Harrell.

I was invited by Disney to screen this movie in the Walt Disney Animation Studios Theater. Just me and a few of my blogger friends were treated to some Disney+ movies and magical popcorn that I swear was sprinkled with pixie dust. 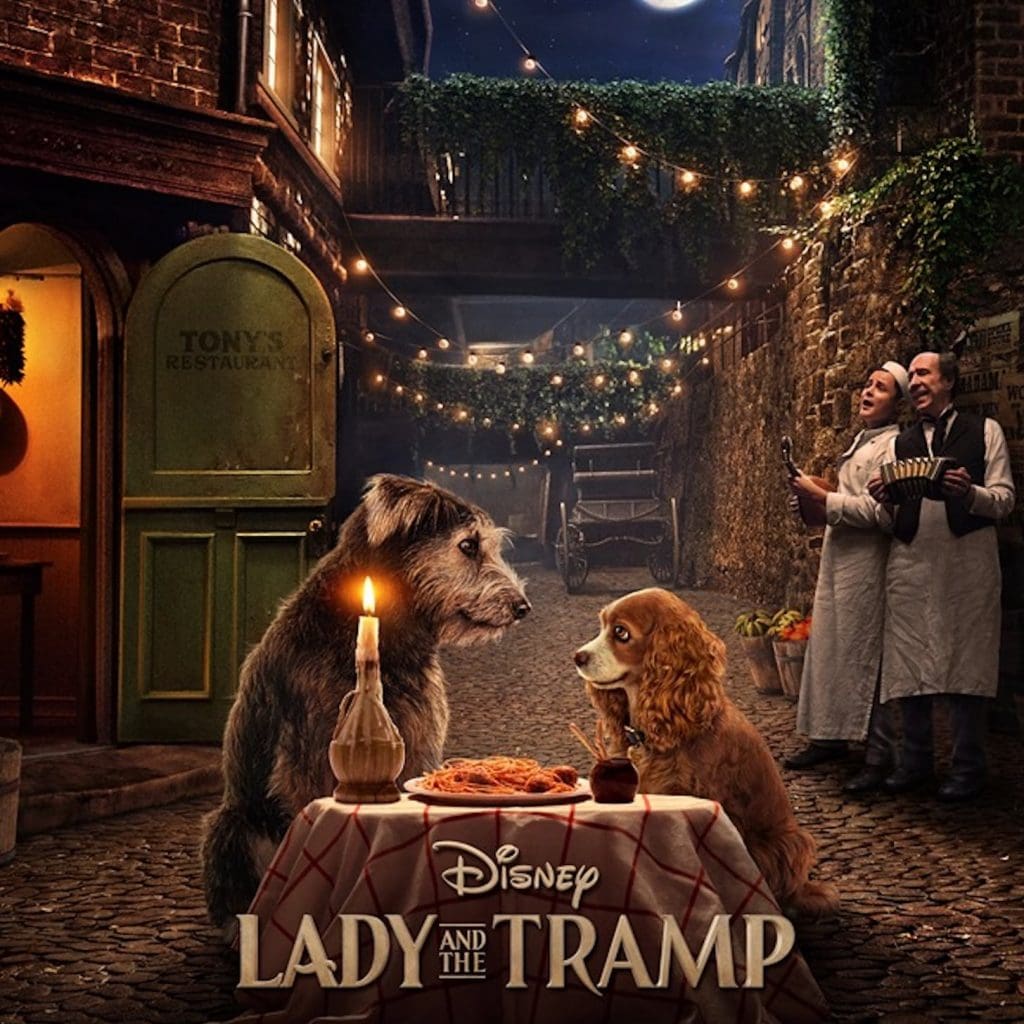 After we watched Lady and the Tramp, we were joined by Yvette Nicole Brown and Adrian Martinez who both costar in the film along side the dogs.

By the way there is 1 hilarious cameo of a doctor playing a doctor. I could not stop laughing. Wait till you see it, you’ll get it RIGHT AWAY!

Don’t worry, we still get the iconic spaghetti scene! It is redone in such a cute and romantic way! That was the scene that solidified my opinion that this remake SHOULD have been made.

Telling the Story | Lady and the Tramp

If you have seen the original Lady and the Tramp you can expect a slightly similar plot line with a few updates. This new film is a CGI and live-action re-imagining of the 1955 Disney classic.

The opening scene shows us the southern beauty of Savannah as we are drawn into the living room of a couple exchanging christmas gifts. The husband “Jim” gives his wife “Darling” a hat box, she opens it to find a cocker spaniel puppy. 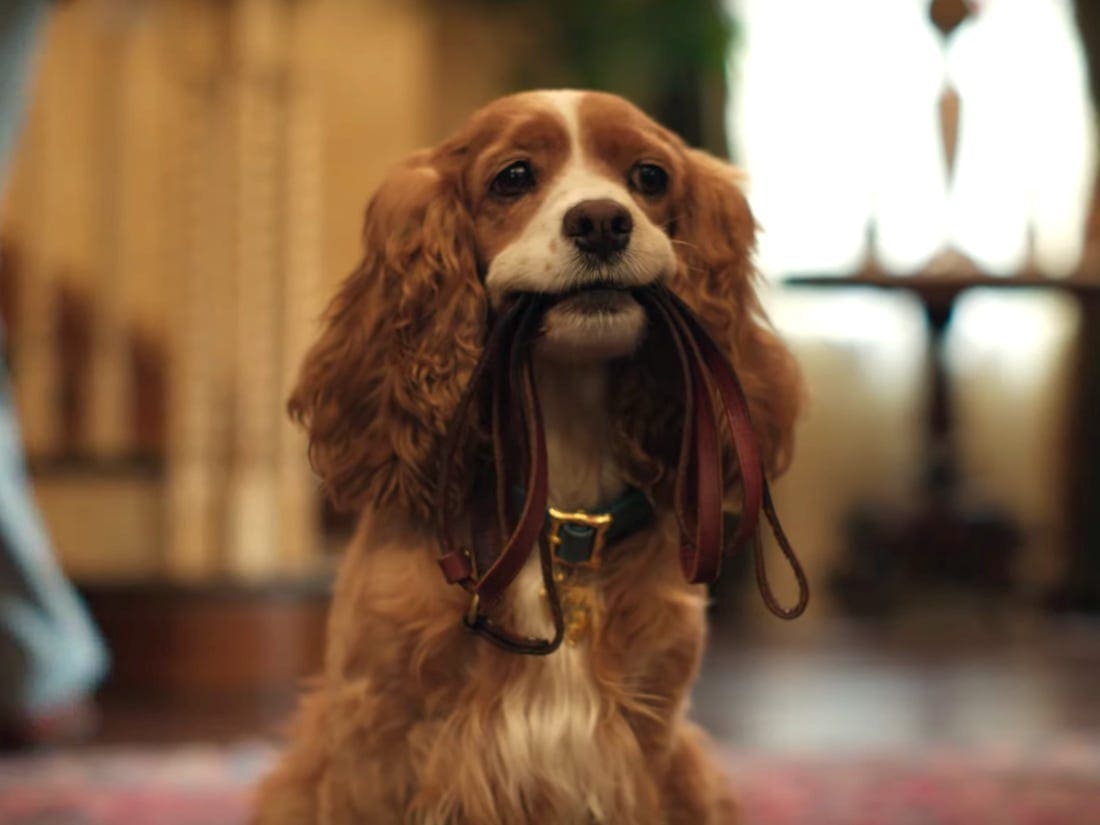 The story develops that this little puppy, (who is named “Lady”) is loved on as if she was the center of the world for Jim and Darling. Lady also has best friends in the neighborhood, including a Bloodhound voiced by the deep soothing voice of Sam Elliot!

Lady’s owners give birth to a little baby girl and suddenly Lady isn’t the center of attention. During this transition she meets a mutt named “Tramp”. Tramp is a stray living on the street and is always eluding the misunderstood “dog catcher”. Their paths cross and Tramp explains that living alone on the streets means he is “Free to be myself and by myself!”. Tramp is a lone ranger who has been heavily educated by the “school of hard knocks”. 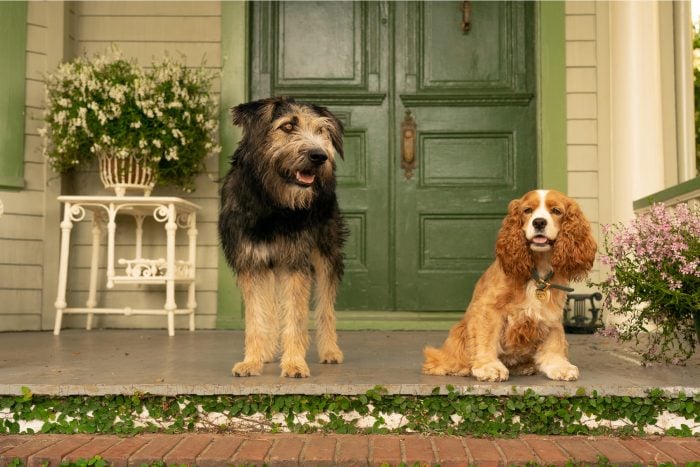 In this remake we are given Tramps backstory where we learn that he was part of a loving family but when the family grew, they abandoned him. Tramp believes humans are not capable of loyalty the way dogs are loyal.

Through a series of unfortunate events, the Lady character is lost and ends up wandering the streets with Tramp. The connection between Lady and the Tramp grows and so does their mutual understanding for each others way of life. 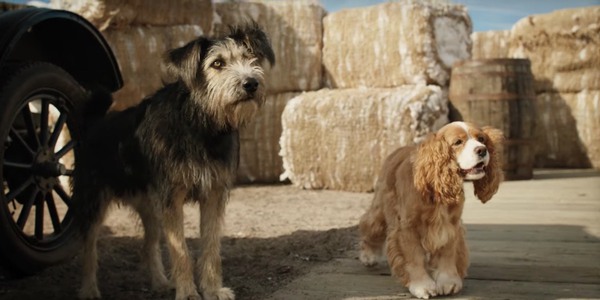 The last scene of Lady and the Tramp takes place on Christmas Day. There was something so fitting about the movie starting and ending on Christmas Day for the type of ending this movie had. You’ll have to see it for yourself to understand!

Thankfully we get a new song in this movie for the twin cats that the “Aunt” character brings in. When they are singing this new song and ripping apart the house – there was an instant flash back to similar “Cat in the Hat” scenes where a cat arrives and destroys the place!

The Take Away Message of Lady and the Tramp

Lady and the Tramp is a story about family and finding your tribe. Change is inevitable. Life changes and people in your world will change. This just means your world and understanding of it – gets a little bigger! There’s always room for more love. And that is what I took away from this movie.

Interviewing the Cast of Lady and the Tramp

Yvette Nicole Brown plays the arduous aunt character who loves the new baby girl but is not fond of Lady. She told me that she almost didn’t accept the role because she is a dog lover and didn’t want to take a job where she had to pretend to be mean to a dog!

She took the role with promises that she would develop a positive relationship with the dogs before filming with them. She told me that she was so glad that she took the role. Yvette Nicole Brown was even inspired to go home and adopt a dog because of the movie! 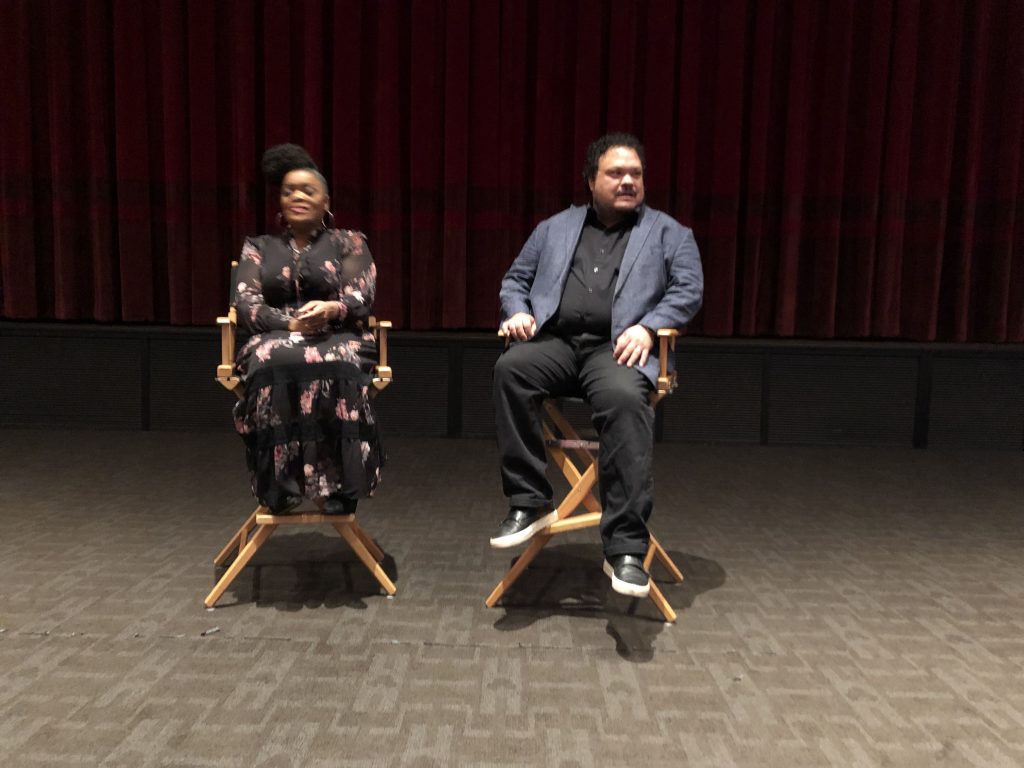 Adrian Martinez plays the dog catcher in this film. He is portrayed as a bit of a villain but is honestly a misunderstood man who is just trying to do his job. He captures strays, takes them to the pound and you can fill in the blanks with what happens when dogs don’t get adopted from the pound.

Adrian explained that he took this role after reading the script. He felt that the world (with so much division and fighting) really needs a story of inclusion. I couldn’t agree more! 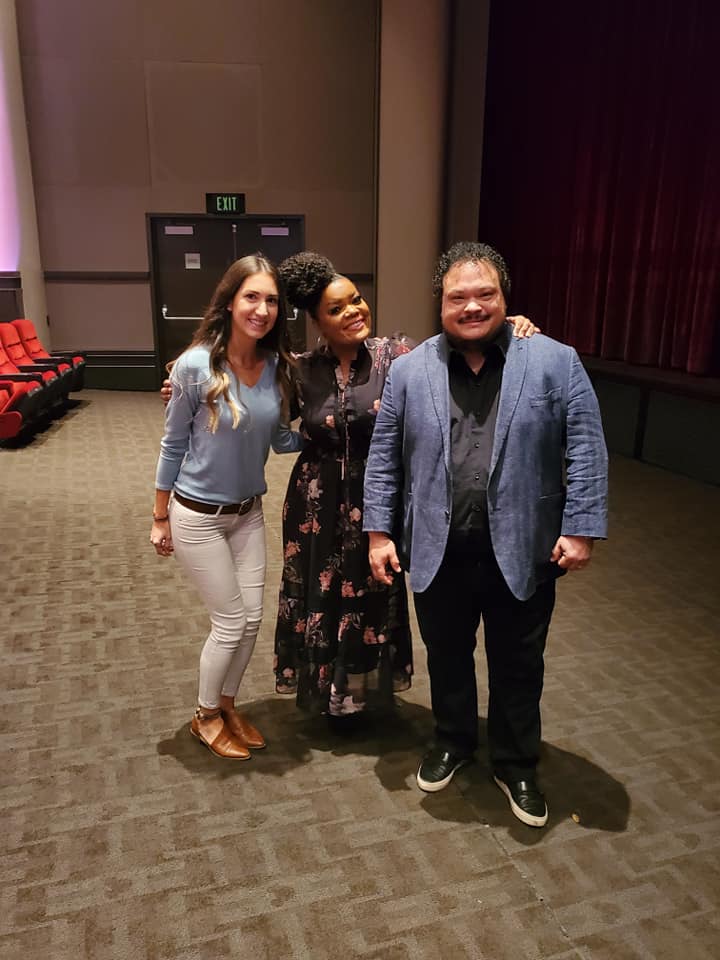 I am very picky about what I let my kids watch. They are so easily influenced at this age. I would like them to be entertained by something that also teaches them a lesson.

I recommend streaming Lady and the Tramp for your kids 4&up. The dogs are so cute. The story line is not too complicated to follow. But the message is so important. You child will see vast representations of race, color, gender roles, body size, and social class.

It also should invoke some empathy for those around you who don’t have as much as you do. This is a pillar of wisdom to teach your children! Lady and the Tramp teaches this in a wonderful way!

Show your kids, your grandma, bring the whole family together to stream “Lady & the Tramp” only on Disney+, November 12th, 2019!

Previous Post: « My Experience at the Frozen 2 Red Carpet Premiere & After Party
Next Post: Playing with Fire | Movie Review »