I was invited by Disney Studios with a few other Entertainment blogger as part of the #TheGeeklyRetreat to screen Disney+ Original Content. I wanna tell you about Marvel’s Hero Project.

Dan Silver who is the VP of Nonfiction Content for Disney came up with the idea. Actually to be more accurate, his son Jude came up with the idea as they were walking home to their NYC apartment. Jude was telling him family about kids doing extraordinary things and how he viewed them as superheros. 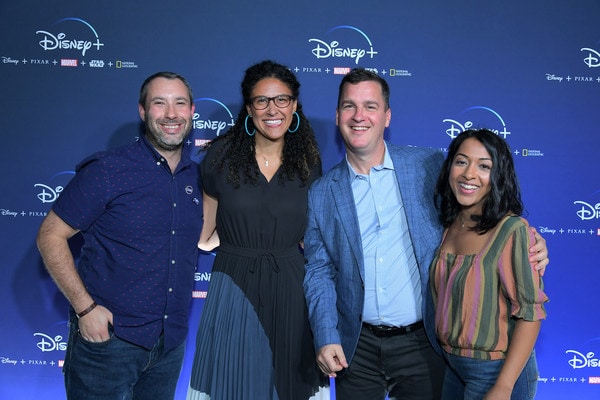 (Dan Silver is on the far left)

This inspired Dan Silver to start searching for domestic stories of kids who were overcoming the odds or changing their communities. He created the show Marvel’s Hero Project. Each episode features a different kid and tell their incredible story. At the end of each episode, they are gifted a marvel jacket that inducts them into the Hero Project (Similar to the jackets worn in the Avengers). The kids are also gifted a comic book created about their story.

Each episode is a powerful emotional tribute to young heroes who have dedicated their lives to selfless acts of bravery and kindness.

I was able to watch the Episode of “Adonis” who is a high schooler who is blind. Yet is in an accomplished athlete who plays football! He is completely blind and he is so dedicated to training and being the best player he can be! 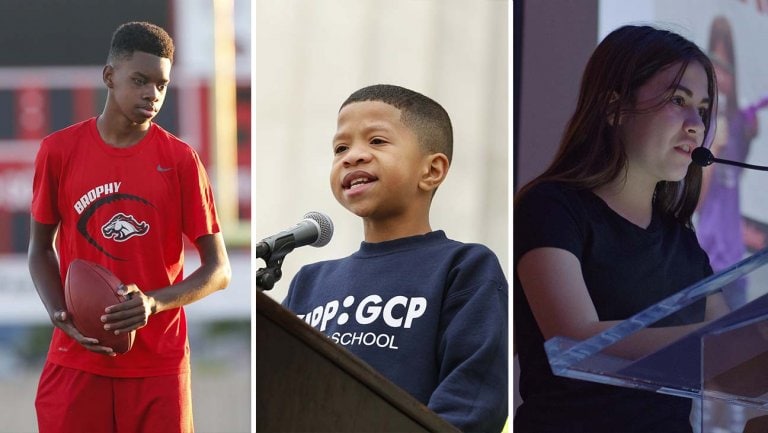 (Odonus on the far left)

In this episode we see Adonis running through blocks and making touchdowns! It’s inconceivable! But when you hear from Adonis himself, it makes more sense. He says, “I can’t see anything. And that’s including limits for myself!” Maybe he’s talking about the end zone and maybe he’s giving us the most valuable piece of advice! He doesn’t see obstacles so he lives as if THERE ARE NO OBSTACLES!

Marvel’s Hero Project will be the most inspiring show you see this year! To download the comic books made for each kids/episode, click here: https://www.marvel.com/tv-shows/marvel-s-hero-project/1

Marvel’s Hero Project is a show that families can watch together. It will inspire us all in different ways. Here’s the trailer below. Warning, it will give you goosebumps and might make you cry!

Be sure to catch Marvel Hero Project only on Disney+ , streaming this November 12th!