Is there a new Animaniacs Season coming out in 2020? Yes, you bet your millennial nostalgia there is!

If you had a warped sense of humor and a television in the 90s – then you were in love with the cheeky WB cartoon, The Animaniacs! You remember Yakko and Wakko, and Dot? Of course you do!

This cartoon shaped millennials in how we say hello to nurses, view politicians and how we answer the question, “What are you gonna do tonight?” 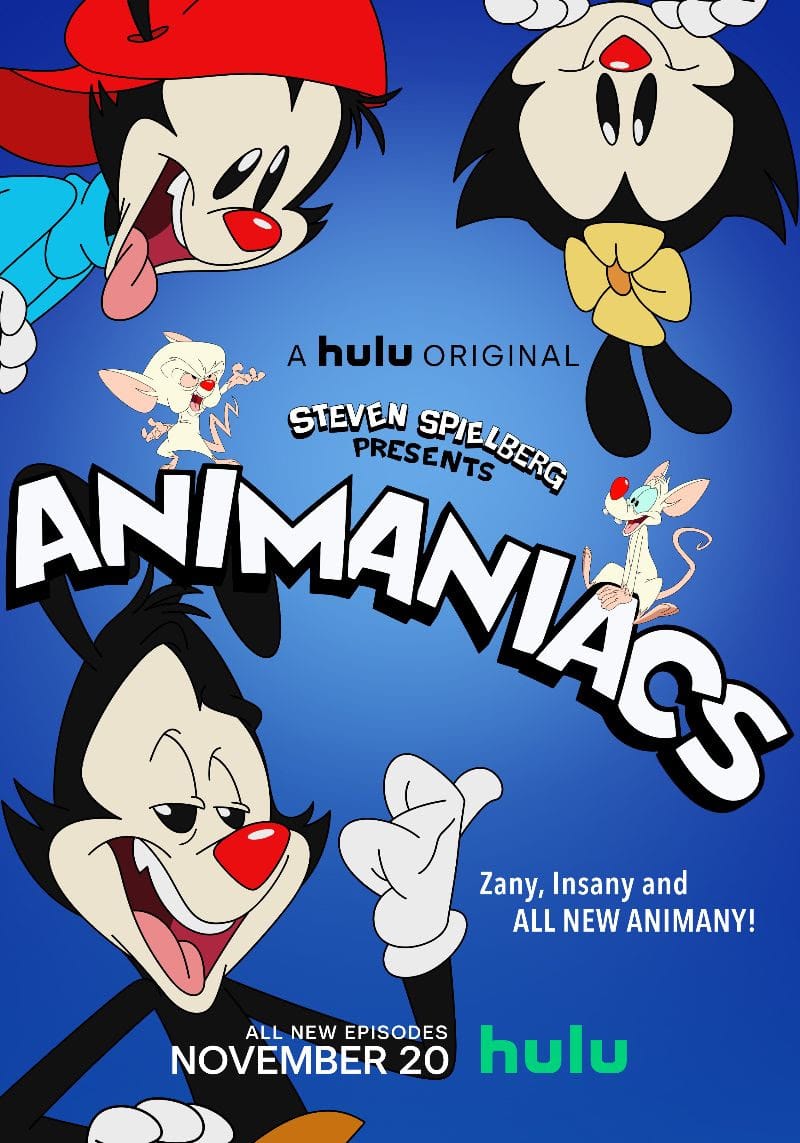 I personally could not be more excited that Hulu has taken it upon themselves to procure Steven Spielberg (ever hear of him? Yea, that Steven Spielberg.).  This genius was the executive producer of the original 5 seasons ofTthe Animaniacs that debuted in 1993. I am happy to announce that the original voices of Yakko, Wakko, Dot, Pinky and the Brain have returned for this highly anticipated 13 episodes of Season 1 (or 6 if you count the original) reboot of Animaniacs in 2020!

Synopsis of the Animaniacs Reboot

After returning to their beloved home, the Warner Bros. water tower, the siblings waste no time in causing chaos and comic confusion as they run loose through the studio, turning the world into their personal playground.

22 years have passed since the original Animaniacs was cancelled. There’s a lot to cover in their usual mocking of pop culture and politics! Let the satire and innuendos commence! 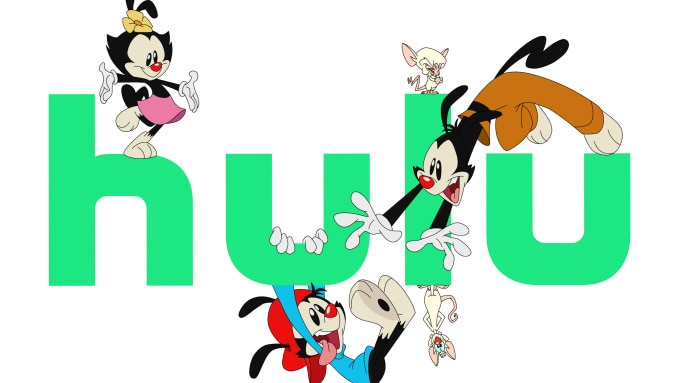 But before we get together for watch parties at water towers, I wanted to answer some commonly googled questions about the Animaniacs all in one place!

Why did Animaniacs get Cancelled?

The WB network was not happy with the Animaniacs content. In 1998, Animaniacs was cancelled by the WB executive Jamie Kellner. I have a feeling we wasn’t a fan of weird humor because he also cancelled Freakazoid.

What animal are Yakko, Wakko and Dot?

I’d like to guess that they are the best of a dog and a cat! Their species has never been addressed.

I’m so glad you asked this. YES, Animaniacs is educational. Otherwise, I wouldn’t know the US presidents and the states + capitols by heart! They frequently had educational songs!

Are Pinky and the Brain brothers?

They are not, but the characters were actually based on co workers who looked similar to the cartoon characters.

When does the New Animaniacs Come Out?

Joining Yakko, Wakko and Dot, fan-favorite characters Pinky and the Brain also return to continue their quest for world domination!

Take a look at the new trailer and let me know how excited you are for the only reboot we ever needed from the 90s!

Previous Post: « 5 Steps to Decluttering Your Yard
Next Post: Hulu’s Eater’s Guide to the World | The Appetizing Amusement You’re Looking For! »