Apple just announced the release of a brand new iPad pro with a magic keyboard! Apple claims this new iPad is the world’s most advanced mobile display, faster processing than a PC, with Pro cameras and a LiDAR Scanner for game-changing AR experiences. This iPad is touch screen, apple pencil ready, a regular keyboard and a trackpad / new “magic keyboard”. 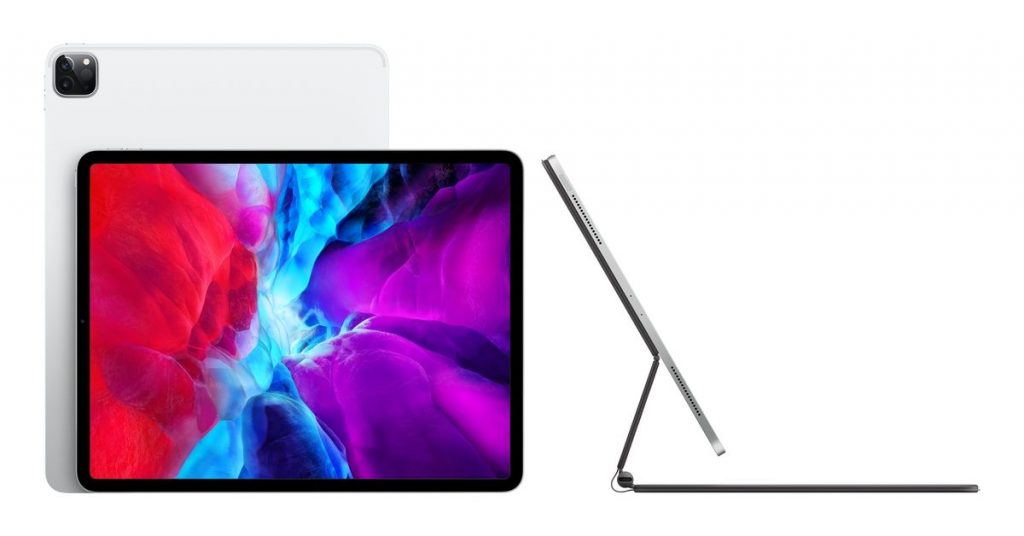 How much is the new iPad Pro?

Apple is announcing the new iPad pro is available online for either $799 or $949, depending on the GB you choose. You can order them online right now and Apple claims they will be available to ship March 25th!

The new iPad pro looks like the old one, to be honest. Both the new 11-inch and 12.9-inch sizes look like the previous model. But the processor and new camera are supposed to be WAY better! Apple is bragging that the coolest new feature is this LIDAR scanner to go along with its camera. It will give depth sensing for AR gaming purposes.

What is the new iPad Pro Magic Keyboard?

The keyboard is pretty much the coolest thing Apple has invented in the last few years. It unfolds and elevates. You have to watch the video at the end of this post to really get it. But the keyboard can position more comfortably. It also has a trackpad.

This is a quote from Apple “Rather than copying the experience from macOS®, trackpad support has been completely reimagined for the iPad. As users move their finger across the trackpad, the pointer elegantly transforms to highlight user interface elements.”

This is the magic part of the new Magic Keyboard! It has a back light and charges via USB. But it does cost extra!  It will cost $299 for the 11-inch model and $349 for the 12.9 inch model. It will be compatible with the previous iPad but it will not be available until May 2020. I’m not sure why, seems like a huge oversight on Apples part.

The iPads will come in silver and gray (really?) You will be able to purchase 128GB, 256GB, 512GB, or 1TB storage options. A fully maxed-out 12.9-inch iPad Pro with max 1TB of storage, LTE support and a magic keyboard will end up being just under 2 grand! Find iPhone deals here.