And the Oscar for Best Picture goes to….

The Dolby Theater opens its doors once more this February to welcome the elite of Hollywood for the 92nd annual Academy Awards. This year, nine films will compete for the coveted Best Picture Oscar; and since you don’t have twenty hours to watch all of them, let’s take a quick look at each while asking who will win and who actually deserves to win. 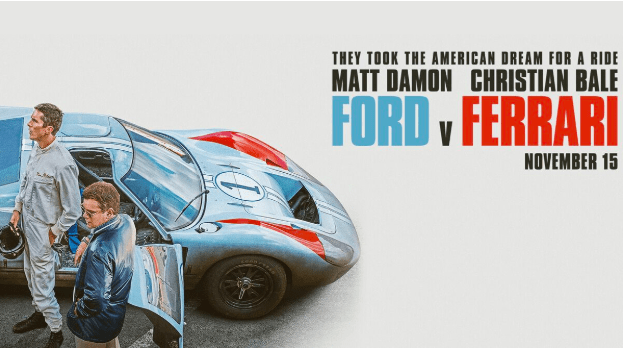 The Plot: The Ford motor company, desperate to win the coveted 24 Hour of Le Mans race, hires Carol Shleby and Ken Miles to design and drive a car that can finally unseat reigning champion Ferrari.

My thoughts: Ever since they changed the rules to allow more than five films to be nominated, there’s always been that film. That film which, when you hear it was nominated, you can’t help but think “Really? I mean….it was okay I guess.” That’s Ford V Ferrari in a nutshell. An entertaining enough movie about racing and the people who obsess about it, but with nothing grand to say. It may win some of the technical awards, but this is the runt of this year’s Oscar litter.

Will it win: A very easy no.

Does it deserve to win Best Picture: An even easier no. 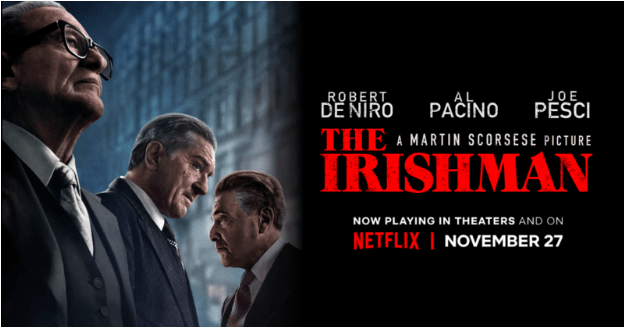 The Plot: The Irishman chronicles the life of mob hitman Frank Sheerhan. From his humble beginnings, to his close friendships to some of the most powerful and dangerous men in America. Frank’s life is defined by the blood he sheds, and the choices he is forced to make about where his loyalties lie.

My thoughts: There was a lot of apprehension when The Irishman was announced. Martin Scorses reuniting with some of the greats of the gangster genre, who would all be playing younger characters through special effects. It could have been a disaster, but ended up a thoughtful, expertly crafted look at a life filled with violence and its consequences. We’ll never doubt you again, Marty.

Will it win: It’s one of the better films nominated, but the hostility toward Netflix and streaming services in general by established studios makes it unlikely.

Does it deserve to win Best Picture: Objectively it is great, but almost unsurprisingly so. Best Picture, for better or worse, has always been a film that manages to stand out. 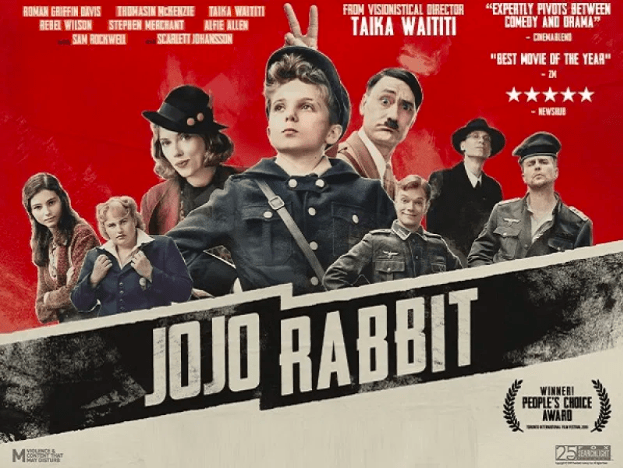 The Plot: Jojo Beltzer is a precocious member of the Hitler Youth in the final days of WWII, who spends his days playing with his imaginary friend, a silly and dim-witted version of Adolph Hitler. Jojo’s life is upended when his mother secretly takes in a young Jewish girl, and he begins to question the hateful rhetoric that has been taught to him as fact.

My Thoughts: This was probably the biggest surprise nomination behind Ford V Ferrari. It’s been a long time since an actual full comedy was nominated, and even longer since it won. There was a hint of controversy with Jojo Rabbit for it’s somewhat absurdist depiction of Nazi’s, but it was in service of larger point. Jojo Rabbit is one of those rare comedies that actually has a message, and manages to illustrate it without losing sight of being outstandingly hilarious.

Will it Win: Unfortunately, it has just as little chance as Ford V Ferrari. The Oscars like to think that Best Picture should make an important statement, and it just doesn’t consider comedies important.

Does it Deserve to Win Best Picture: For managing to be both poignant and laugh out loud funny, I would say  it does deserve to at least be in contention for the top prize. 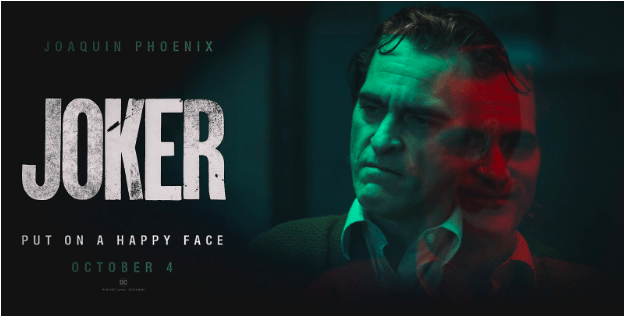 The Plot: Arthur Fleck is a lonely, troubled man living in the cruel city of Gotham. Arthur spends his days working as a party clown and caring for his ailing mother, all the while dreaming of one day being on the famed Murray Franklin Show. When defending himself from a mugging, Arthur begins to develop a taste for violence. That taste will soon transform him into something Gotham has never seen before.

My Thoughts: Was there really any controversy surrounding Joker, or was it just made up to generate buzz? There have been much more violent films, but the creepy following the character has made people assume the result would be real life violence. Instead we got a moody film that creates a believable origin for a disturbed villain; who it was thought couldn’t possibly have one. I would say it’s not for everyone, but the billion dollars it grossed means people are willing to see familiar characters in new and interesting ways.

Will it Win: There’s a fair chance. After Green Book won last year, it’s clear the academy will pick films they think are relevant as well as popular.

Does it Deserve to win Best Picture: As much as I liked Joker, there were better films this year. Honestly, Joker wasn’t as groundbreaking as it thought it was. If anything it should get Best Actor for Joaqin Phoenix’s transformative performance. 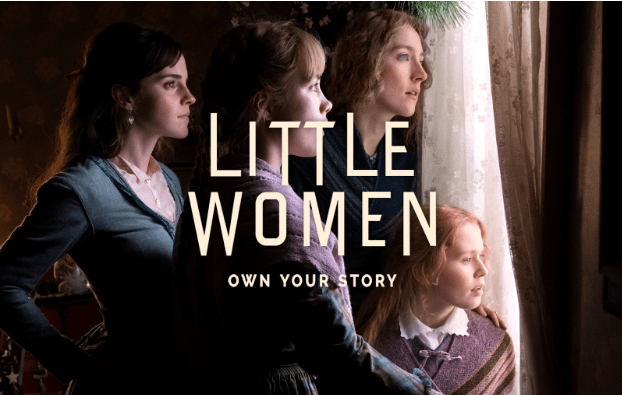 The Plot: Based on the Louisa May Alcott classic, Little Women chronicles the intersecting lives of four sisters as they face their own personal struggles within the restrictive society of the era.

My Thoughts: Much like her last film, Lady Bird, Greta Gerwig makes Little Women altogether personal and strangely universal. The modern touches add the appropriate intensity to scenes that enliven the already timeless story. It isn’t for those who lack the patience for period pieces, as the drama comes from it’s dialogue and characters rather than bombastic action. It’s a real shame Gerwig was denied a director nomination, as her guiding hand is what makes this more than just another adaptation.

Will it Win: After the backlash to Gerwig being snubbed, the Academy could give her a surprise win purely out of a guilty conscience.

Does it Deserve to Win Best Picture: I’m torn, as the overt lack of a  Best Director nomination makes me feel Gerwig is owed at least something. But even among this year’s nominees, I wouldn’t put it in the top three. 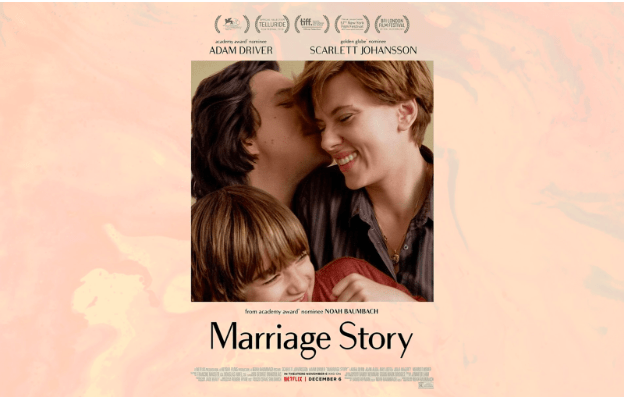 The Plot: Charlie and Nicole Barber decide to get divorced. What starts as an amicable agreement soon turns bitter, as the question of who will get custody of their son becomes a contentious issue and underlying resentment surface.

My Thoughts: Marriage Story is an incredibly depressing film, but in a very vibrant and specific way; like watching a grand piano be fed into a woodchipper. It is superbly written and acted, with Adam Driver in particular proving he is one of the most talented people working today. The fact that we understand why this couple can’t reconcile is a testament to how natural it’s story and characters feel. Even so, it’s hard to recommend a film that leaves you so drained.

Will it Win: It has a fair shot in terms of Best Actor and Actress, but given the backlash over this Oscar’s lack of diversity, I can’t imagine they’d award Best Picture to a film this white.

Does it Deserve to Win Best Picture: I can’t muster up any enthusiasm for a film this bleak. 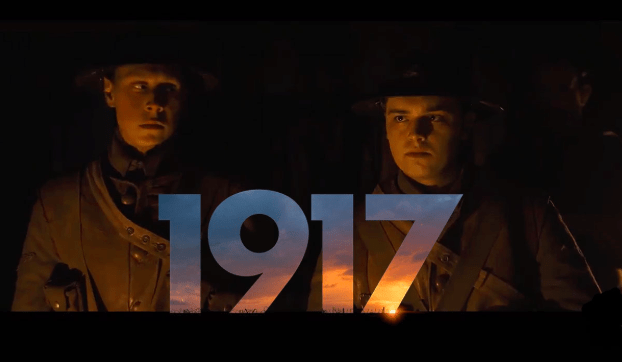 The Plot: After it’s discovered that a battalion of British soldiers will be walking into a trap, two young lance corporals are given the mission of trekking through dangerous no man’s land to warn them before it’s too late.

My Thoughts: What kind of Oscars would it be without a war film? One of the few movies I’ve encountered that can be described as more of an experience than a narrative. 1917 doesn’t have any memorable characters or much of a story, but does so to create a visceral and harrowing film that feels like it’s genuinely happening to us. I do think more could have been done to add personality to the characters, but it ultimately does succeed in creating an effective and unique take on World War I.

Will it Win: The odds are in its favor after it swept several such awards at the Golden Globes and the BAFTAs. Surprises are possible, but it’s a safe bet 1917 will win Best Picture.

Does it Deserve to win Best Picture: There have been other films that achieved similar goals while managing to balance character and story, so I can’t help but hold that against 1917.

Once Upon a Time in Hollywood | Best Picture

The Plot: In the final days of Hollywood’s golden age, actor Rick Dalton and his faithful stunt double Cliff Boothe are struggling to remain relevant. In one formative day, the two become entangled in the story of Sharon Tate and the infamous Manson Family.

My Thoughts: Hollywood feels somehow both like a quintessential Tarantino film, and yet like nothing he’s done before. Tarantino really does feel like one of those people born in the wrong era, given his clear affection for the bygone days of film. That affection is abundant in Hollywood, and is carried over to the audience. There’s very little violence or profanity compared to his past work, which gives it a sense of maturity; almost like this is a film he’s been working toward his whole career. Of all the nominees, this is my undeniable favorite.

Will it Win: It’s in the running. The Oscars have often operated on who they think deserves it because they haven’t won one yet. Tarantino has already won for his writing, but this could be the year he finally gets Best Picture.

Does it Deserve to win Best Picture: If it did win I wouldn’t bat an eye. It’s absolutely wonderful, and quality of this level should always be recognized. 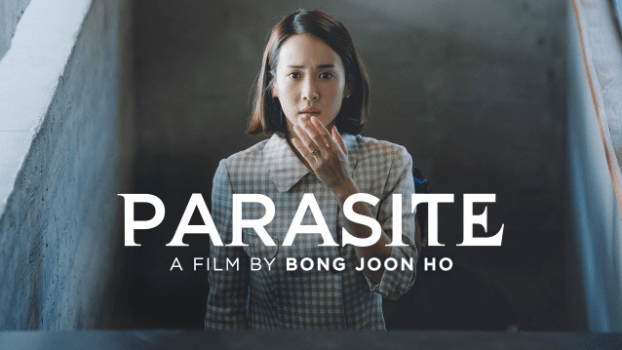 The Plot: The Kim’s are a struggling family in South Korea desperately looking for work. When a rich family hires their son, the Kim’s see an opportunity for all of them. But there are dark secrets lurking within the rich families home.

My Thoughts: I have to admire the talent that went into Parasite, as not many people could pull off what it managed to do. What starts as a screwball comedy pivots seamlessly into a thriller, all the while creating a relevant social commentary on class struggle. There’s a reason this was nominated for Best Picture as well as Best Foreign Language Film, it’s message is something that isn’t restricted by national borders.

Will it When: Given its pertinent message for the times we live in, this would be a slam dunk pick for Best Picture. It’s most likely between this and 1917

Does it Deserve to win Best Picture: Considering most social commentary Best Picture contenders end up more annoying than enlightening (see Crash for the best example), this should be rewarded for having any subtlety whatsoever.

Previous Post: « Whole30 in Disney | Cleaning Eating on Vacation
Next Post: Top Nursing Gear | What to Buy, The Essentials for any Bedside Nurse »