Over the Moon is a 2020 American-Chinese computer-animated musical film. It is a story of a young Chinese girl Fei Fei who builds a rocket ship to meet a mythical goddess on the moon of immorality fueled by the legacy of her late mother.

It never ceases to amaze me how much goes into making an animated movie! Thank you, Netflix, as well as the New York International Children’s Film Festival for this opportunity to get a sneak peak behind the scenes of “Over the Moon” 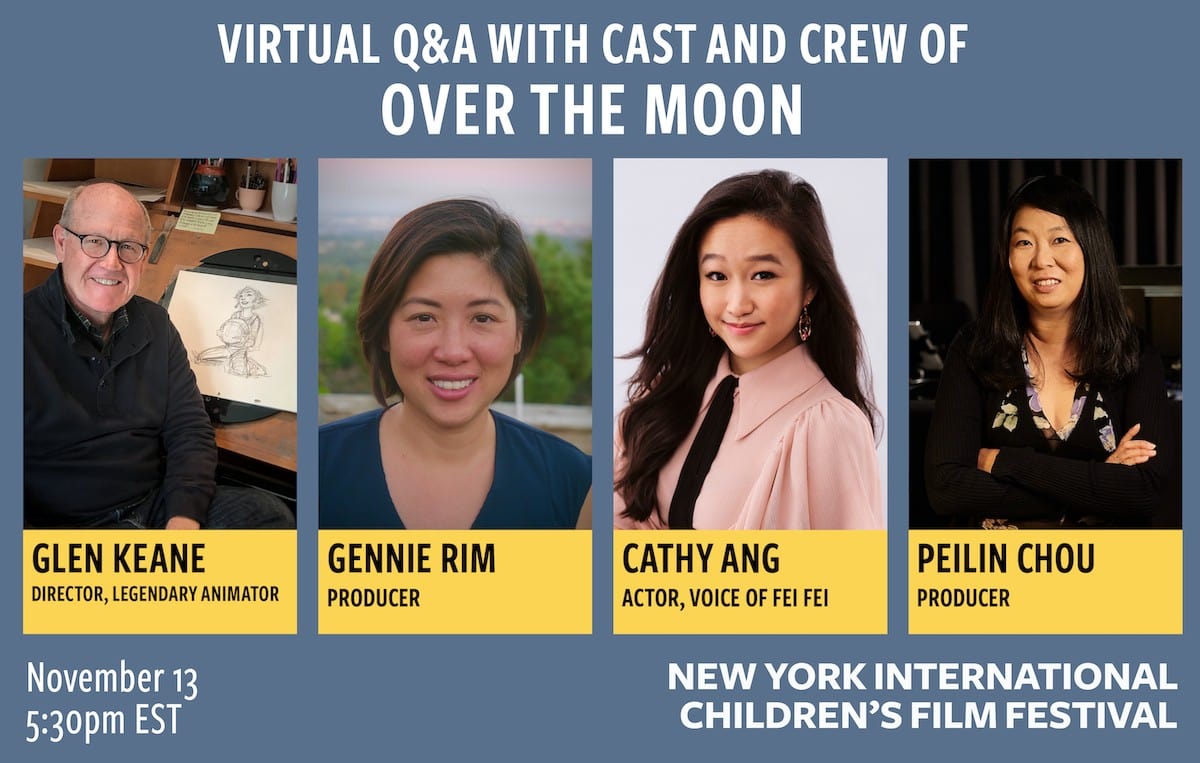 Is Over the Moon Out?

Who is Chang E?

Chang’e is a legend from Chinese mythology. Chang’e is the Chinese moon goddess whose loveliness is celebrated in poems and novels. The story goes that she sought refuge in the moon when her consort, Hou Yi, discovered she had stolen the drug of immortality given to him by the gods. Her story is celebrated as part of the annual Mid-Autumn Festival! 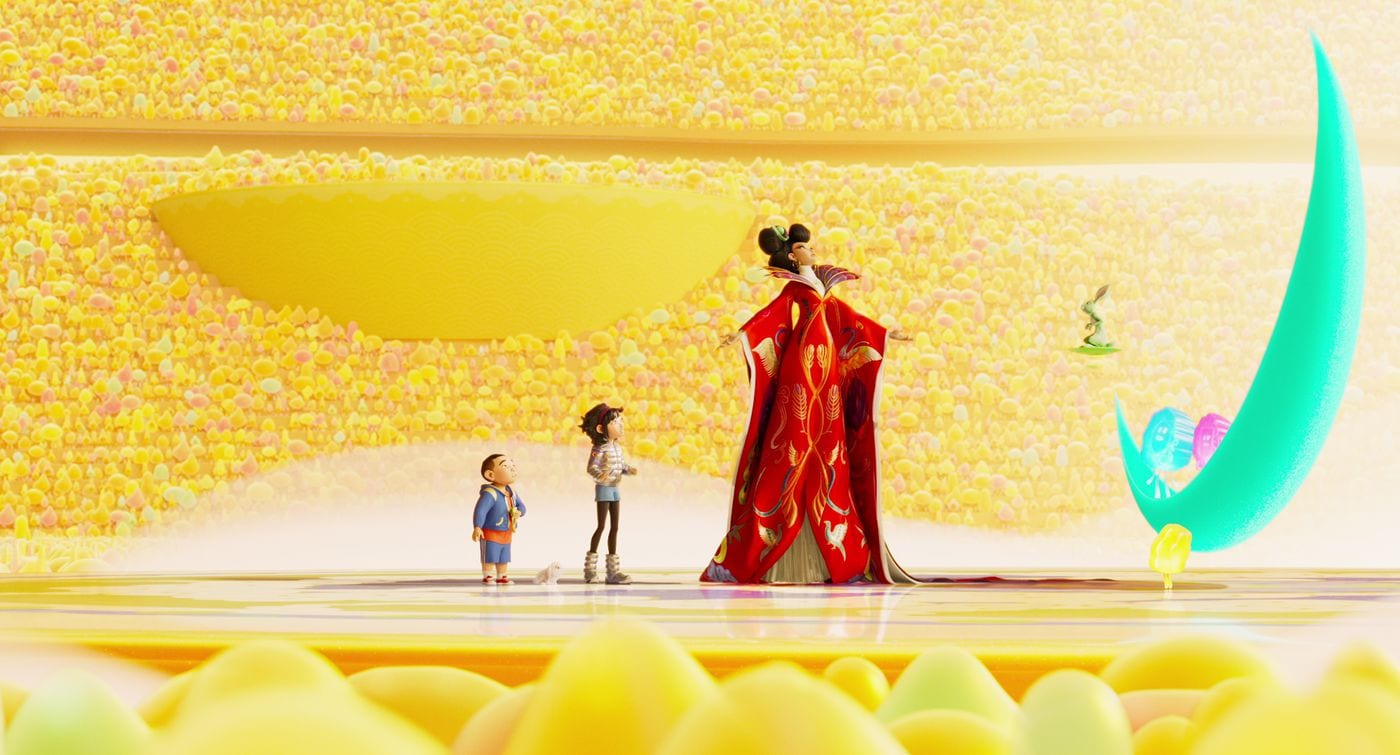 Highlights from Interviewing Over the Moon Animator Glen Keane

This Oscar winning animator is the OG of animated films! Glen Keane also animated The Little Mermaid, Beauty and the Beast, & many other of your childhood shaping cartoons! He was so humble in the interview. He said, “I still feel like I’m learning to tell stories and be in this role.”

Glen Keane said, “Drawing is my way of seeing. You think you see but you don’t! You don’t really see something until you draw it.” To prepare for the film, Keane went to China and spent time in nature, the architecture, eat the food, cooked the food, everything he could to immerse himself.

“I wanted to create something from the place of discovery, as I was discovering China and the water town. Capturing the light and emotion of being there is something I wanted to replicate in this movie.” – Glen Keane.

Interviewing with Cathy Ang, the voice of Fei Fei in Over the Moon

“When they sent me the script, I read it and saw myself in this family so easily. I grew up loving science and space. The character Fei Fei’s attitude towards life was so bold and refreshing. I want to embody Fei Fei for the rest of my life!” – Cathy Ang 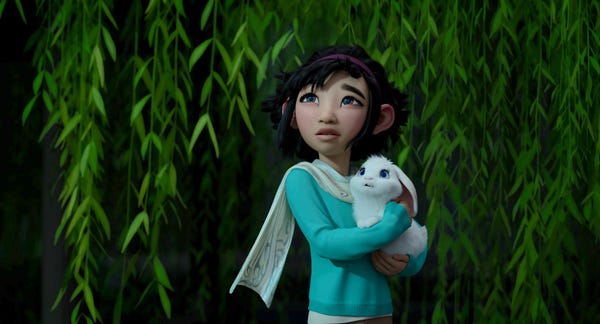 “I became involved in this film because I love a story where the characters believe the impossible is possible!” -Peilin Chou 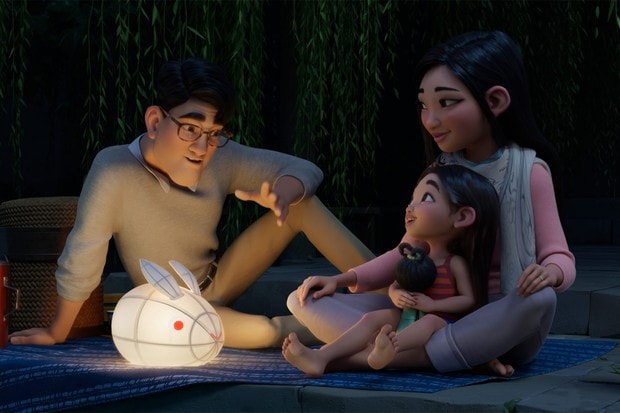 “Making a movie with Peilin & Glen Keane was a match made in heaven. On the 2nd page of the script I was in tears. I grew up in a blended family and I myself am a stepmother. The dynamics of the family, being open to love, was incredible. I have to help bring this story into the world!” -Gennie Rim

Review of the Netflix Movie Over The Moon

The overall story in a nutshell is this: Over the Moon is about an adventurous girl who builds a rocket ship to meet a mythical goddess Chang’e on the moon. Every religion and mythology seems to have an immortality story. It’s a visual extravaganza of animation that ends with a positive tale of love between family. I highly recommend this movie and hope you share it with your little ones! 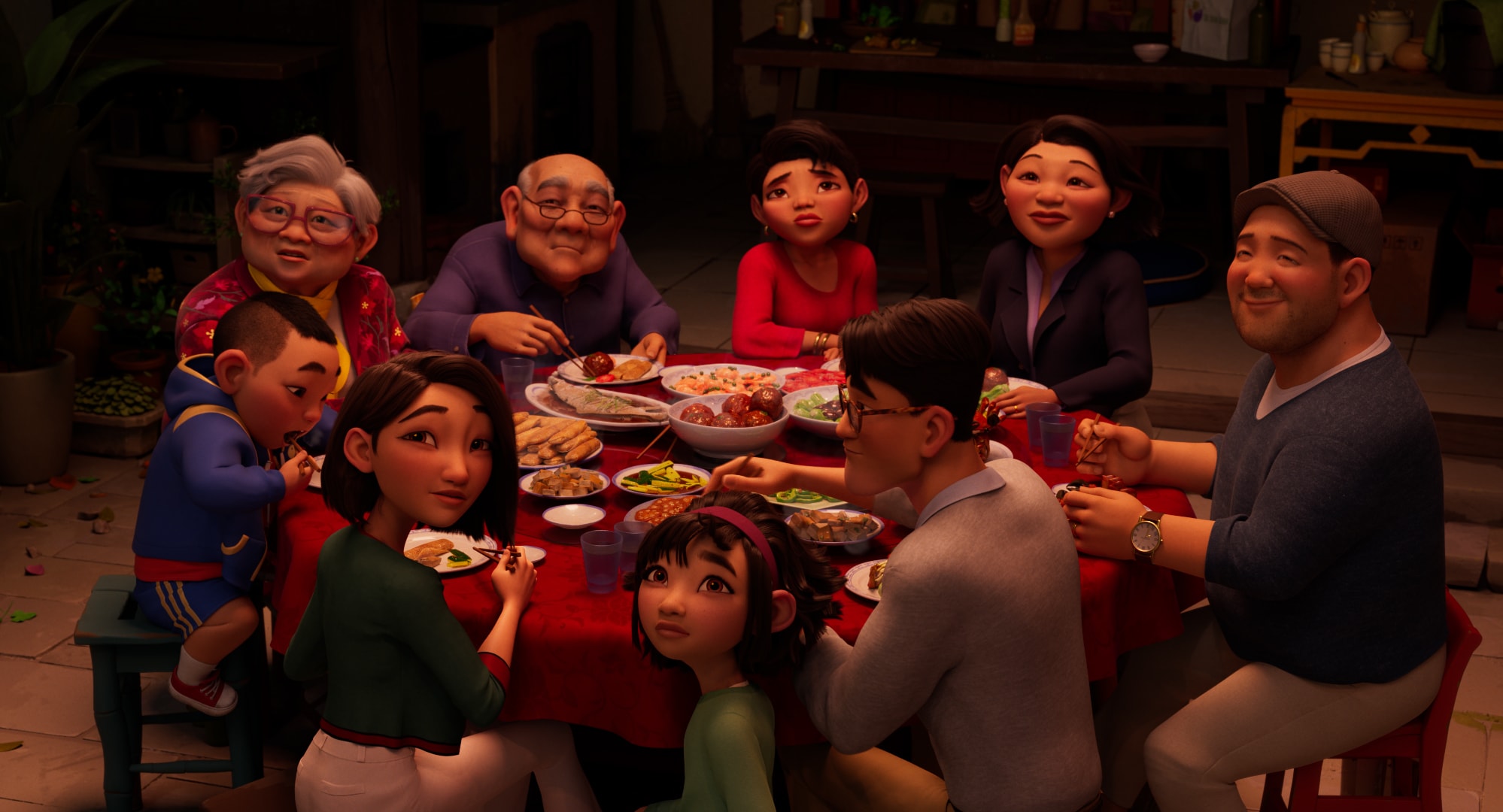 What is Over the Moon rated? Over the Moon is rated PG and after watching it, I watched it again with my children. I recommend it for all ages, it was very family friendly.

Here are two trailers for your visual pleasure!

Previous Post: « What Are Plastic Sheets Used For In DIY And Building Work?
Next Post: Ways to Help Your Kids Through the Mourning Process »