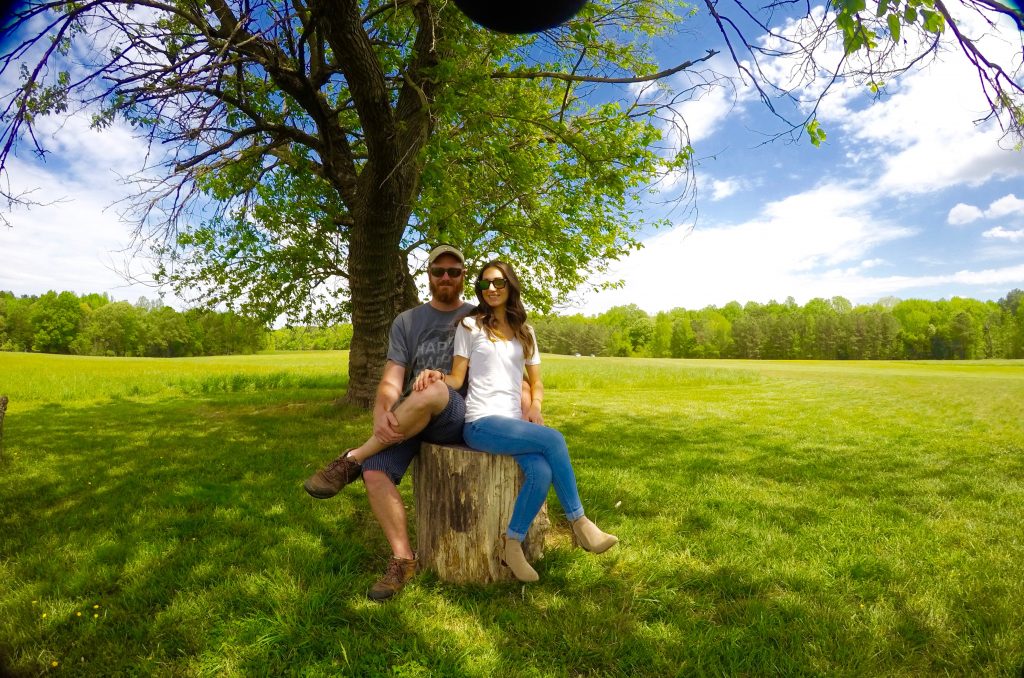 Looking for a cute weekend getaway? I’ve got the perfect location for you.

I recently visited the charming little town of Petersburg, Virginia. It is about 25 miles outside of the city of Richmond, Virginia. It has a population of about 35,000. But what peaked my interest towards this little area was the National Park located at the center of Petersburg. (I have a goal to visit 10 National Parks this year! 2017) This National Park is also a nationally restored and preserved Battlefield from the Civil War. So much history has taken place here. It was fascinating. The Civil War history regarding Robert E. Lee and Ulysses S. Grant is overflowing in this area.

The Petersburg National Battlefield is maintained by the National Park Service. This battlefield was active between May-June of 1864. It was occupied by both the Union army and Confederate army. Petersburg was an important supply center to the Confederate capital. With its five railroad lines and key roads, both Grant and Lee knew if these could be cut off – Petersburg could no longer supply the Richmond bases with much needed supplies. Without supplies, Lee would be forced to leave both cities. Many of the camps and forts are still well well-maintained inside the park. It’s so cool! You can imagine the rural conditions of the solider camps and it makes you wonder how they survived. Be sure to grab a map at the front desk area so you can stop at each spot during the driving tour. Don’t hesitate to stop anywhere on the parks roads and explore the beautiful Virginia forests as well. We went during the month of April when the dandelions and lady bugs were abundant! It’s an enchanted time of year to visit the state of Virginia. 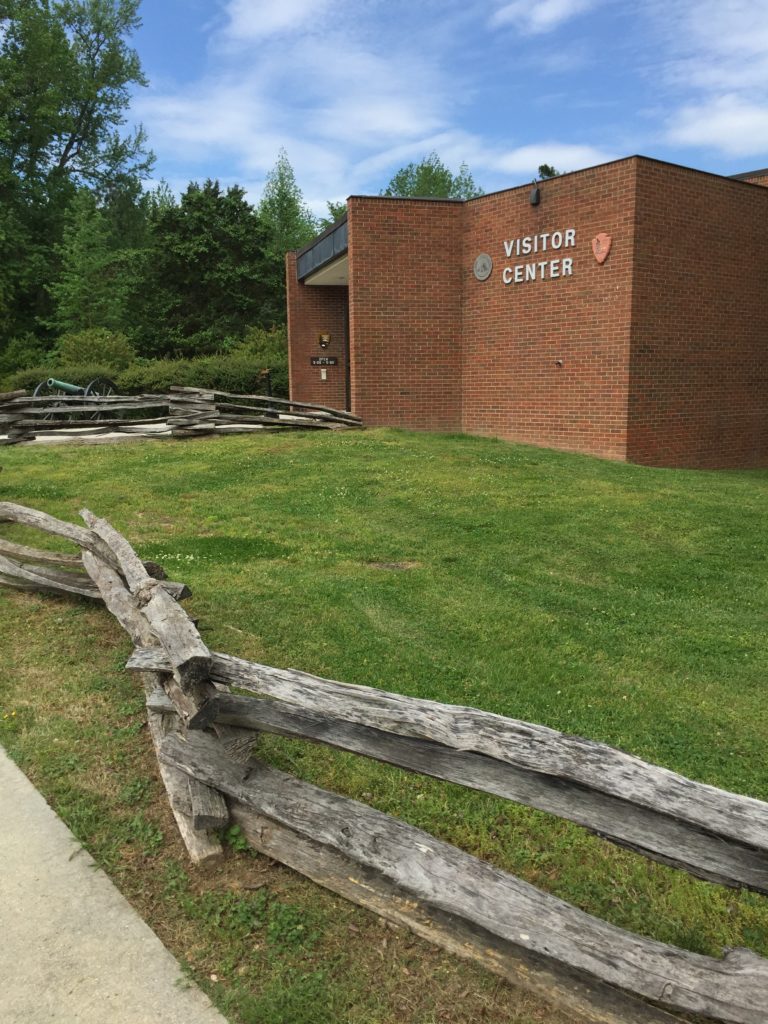 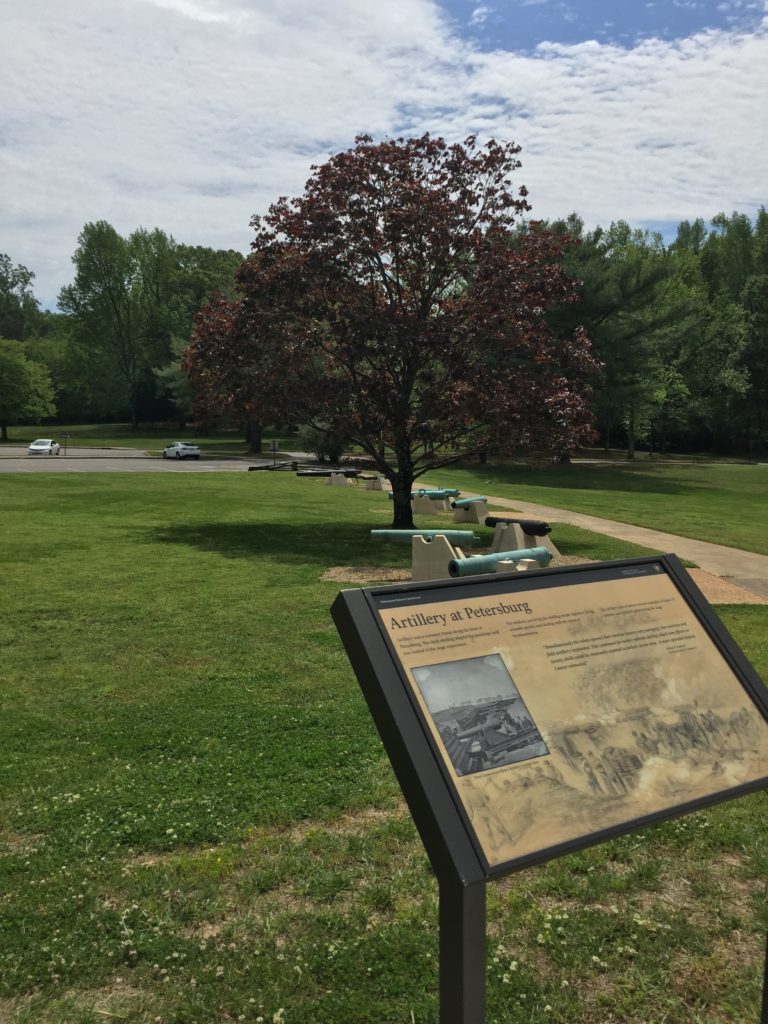 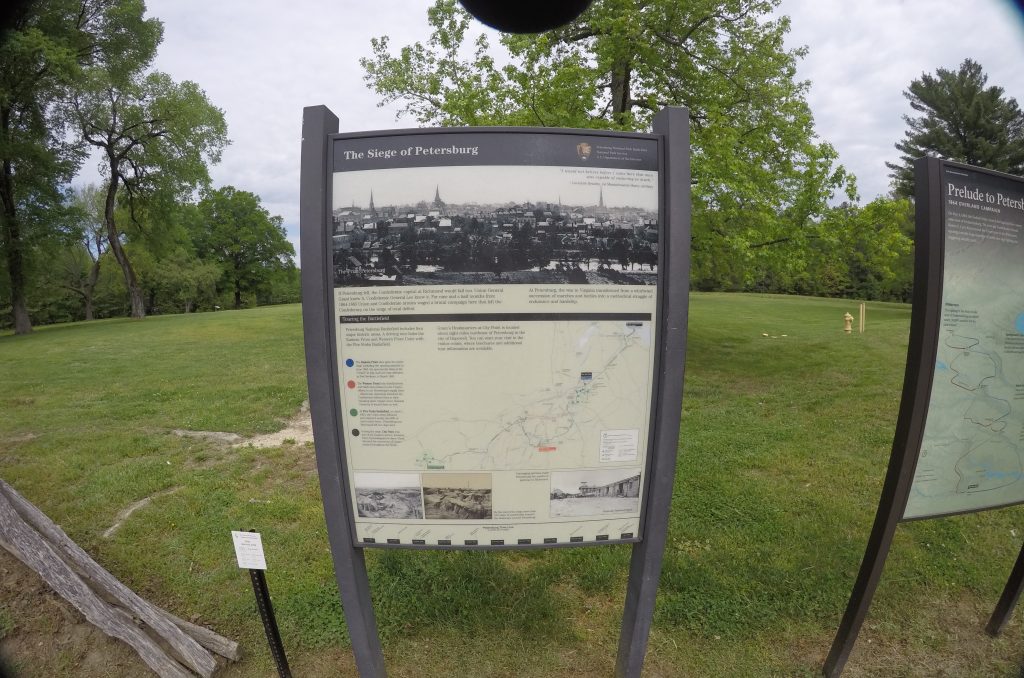 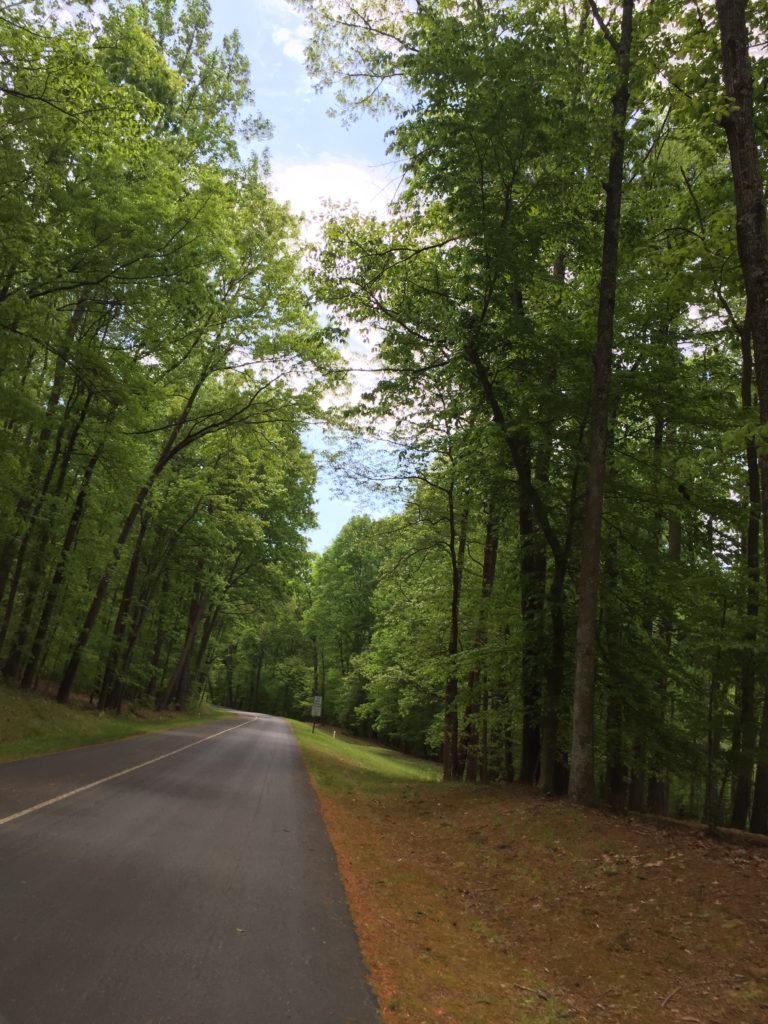 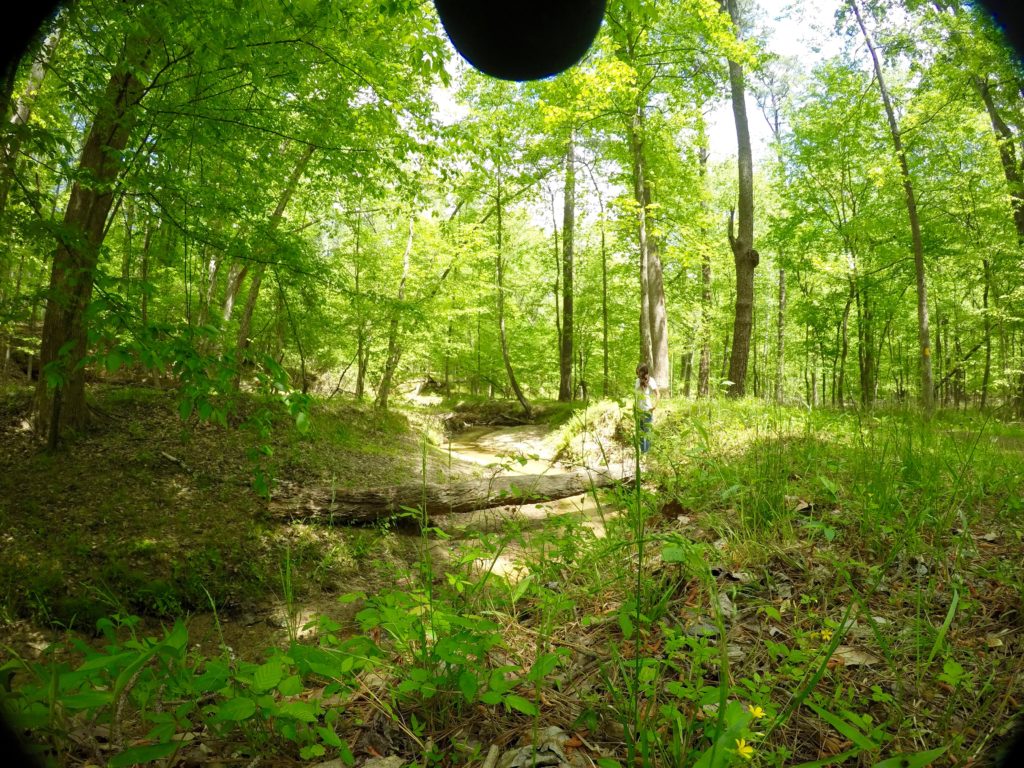 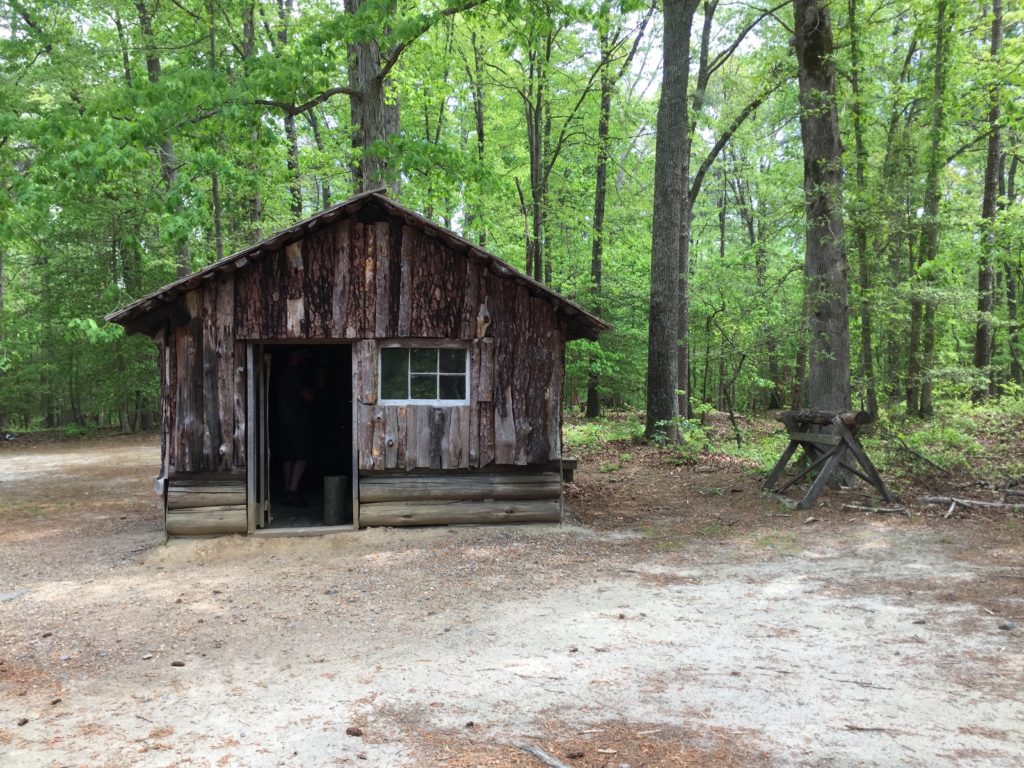 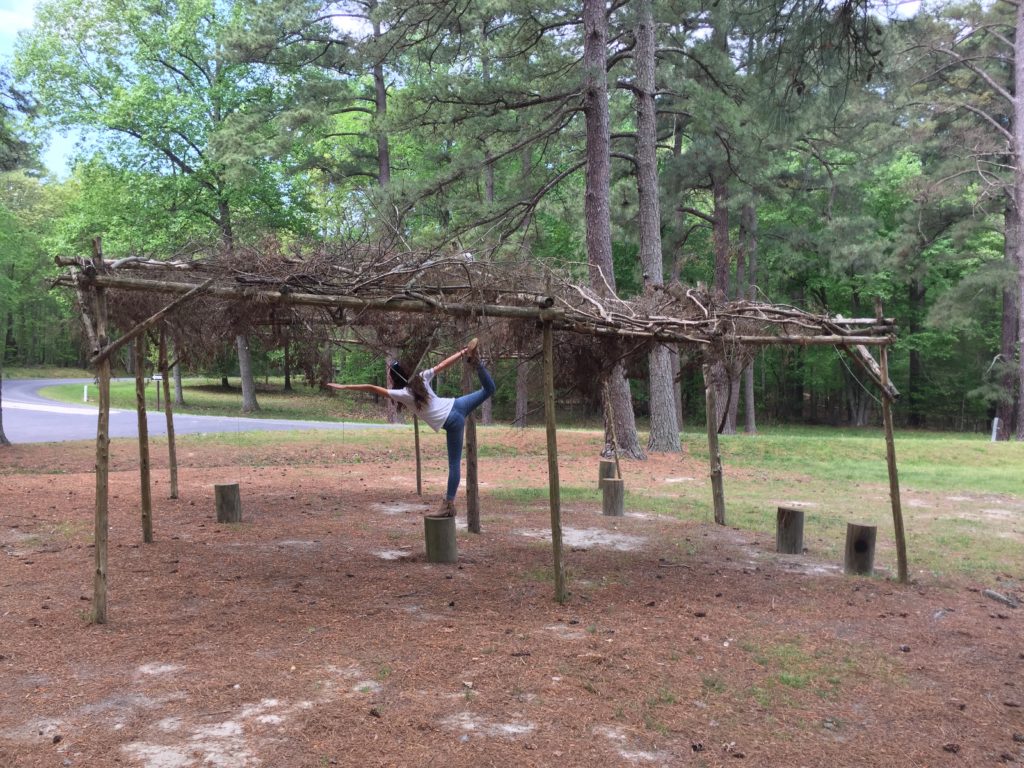 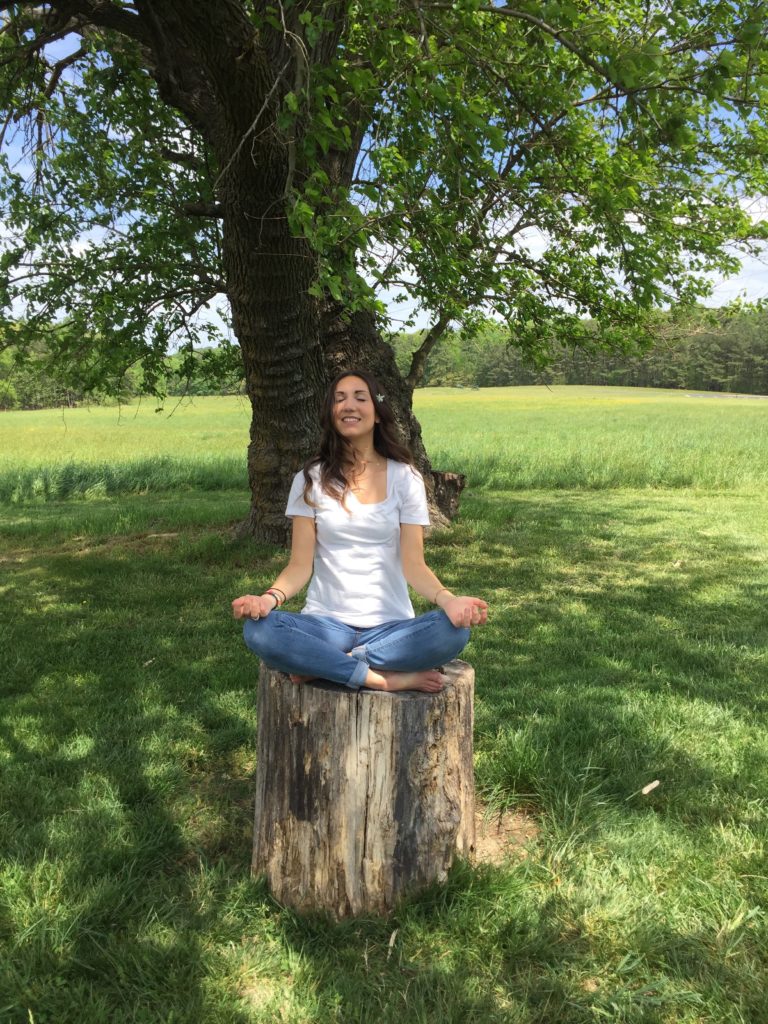 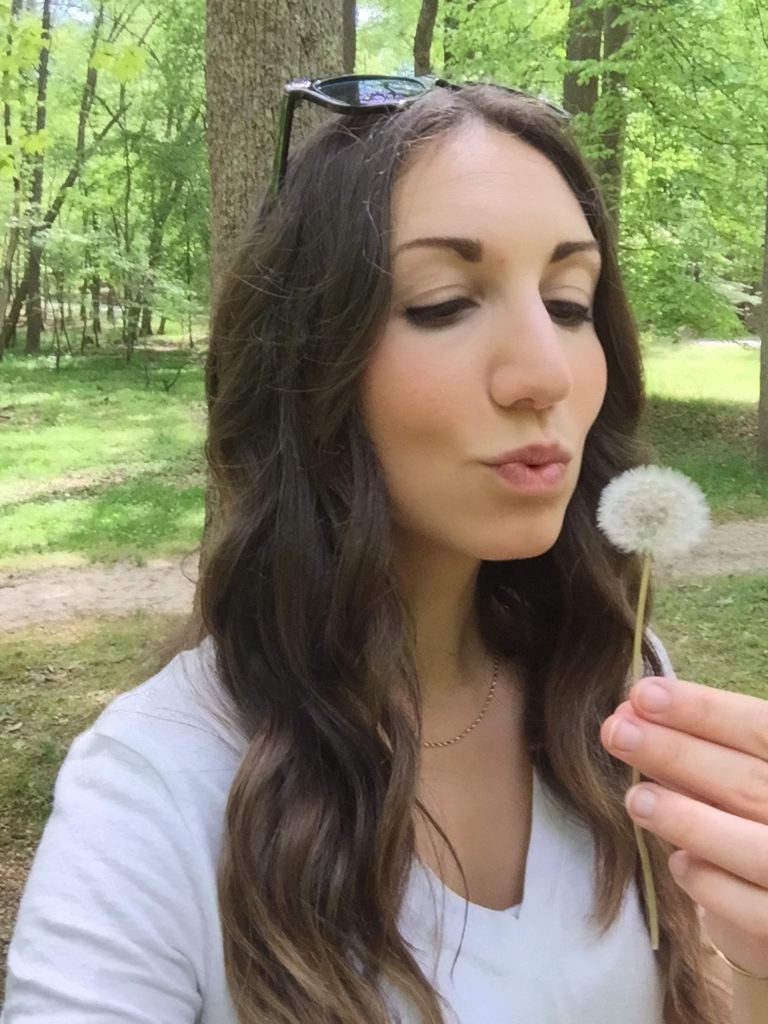 The whole town of Petersburg is also gorgeous. Maybe this is why so many production teams have chosen to film here. The list is long and includes, AMC’s series “TURN”, Meg Ryan’s movie “Ithica”, National Geographic’s series, “Killing Kennedy” and Steven Spielberg’s “Lincoln”. The main streets of downtown Petersburg are perfectly preserved. The antique shops and restaurants will make you feel as though you have time traveled. 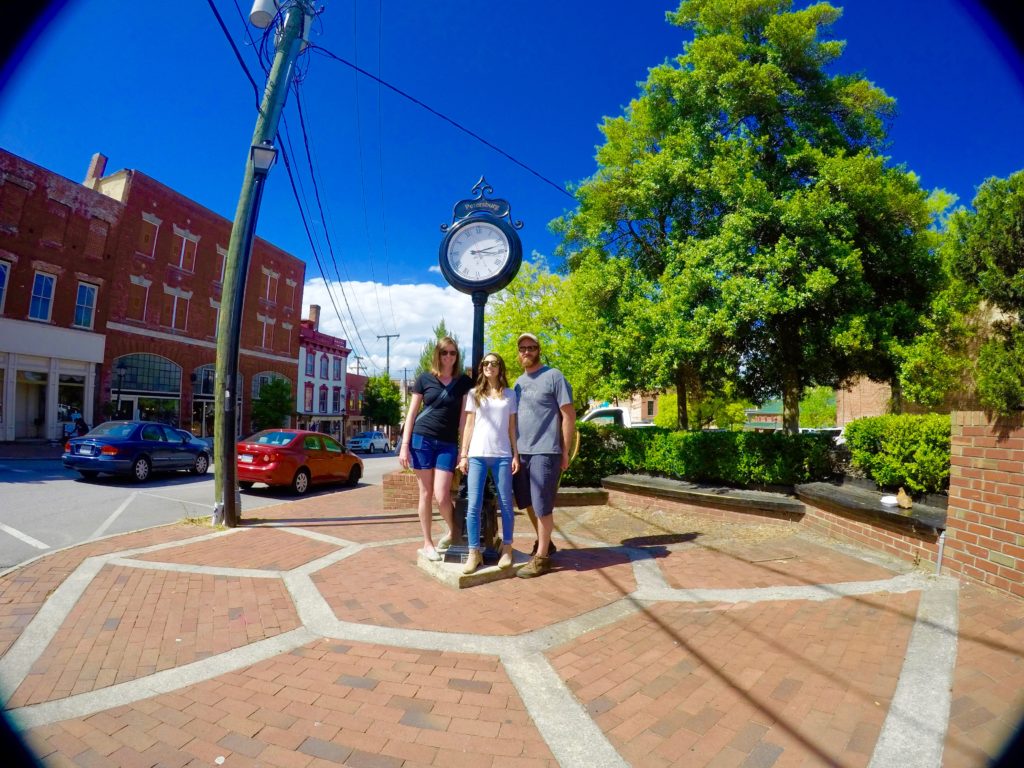 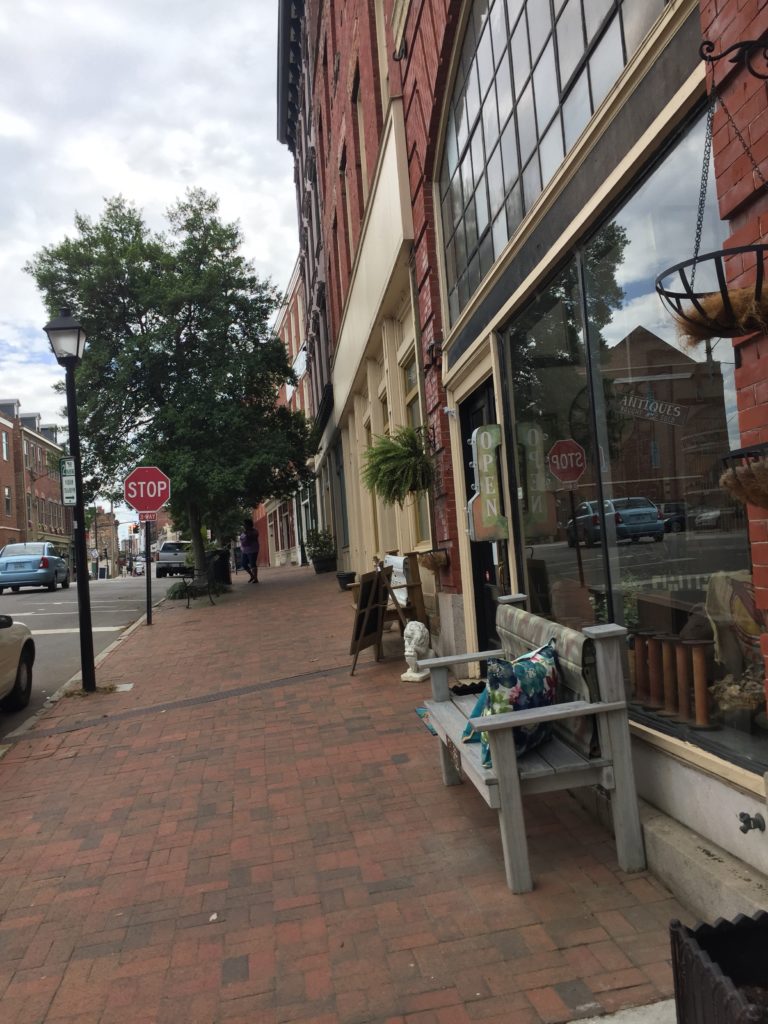 The antique nostalgia shops are really unique. I found one shop that housed a local seller with all sorts of older Disney memorabilia! I snagged a Disney World glass cup that was made to commemorate the 25th anniversary of the WDW resort. It was the year they transformed the castle into a giant 18 story birthday cake for a whole year. Does anyone remember this? It was 1992. A lot of people didn’t like this change, but I loved it. It was fun and only for a year! I thought the castle looked whimsical and candy-like. Now I can think back to that time when I drink out of my nostalgic Disney glass. 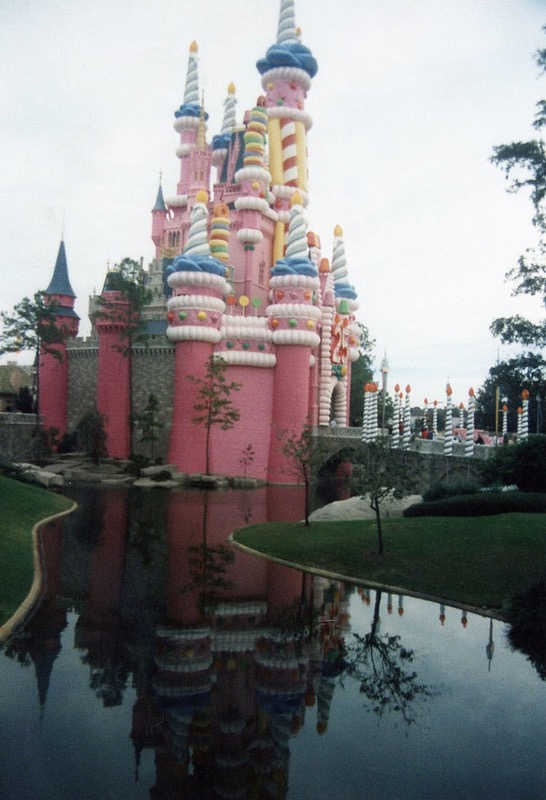 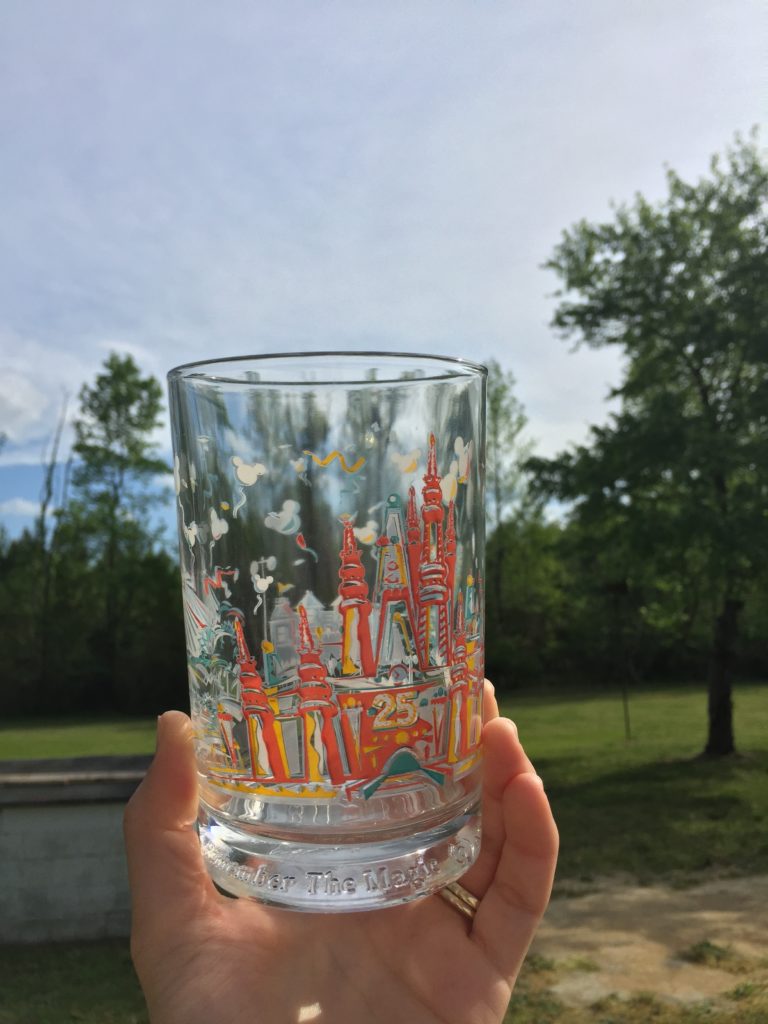 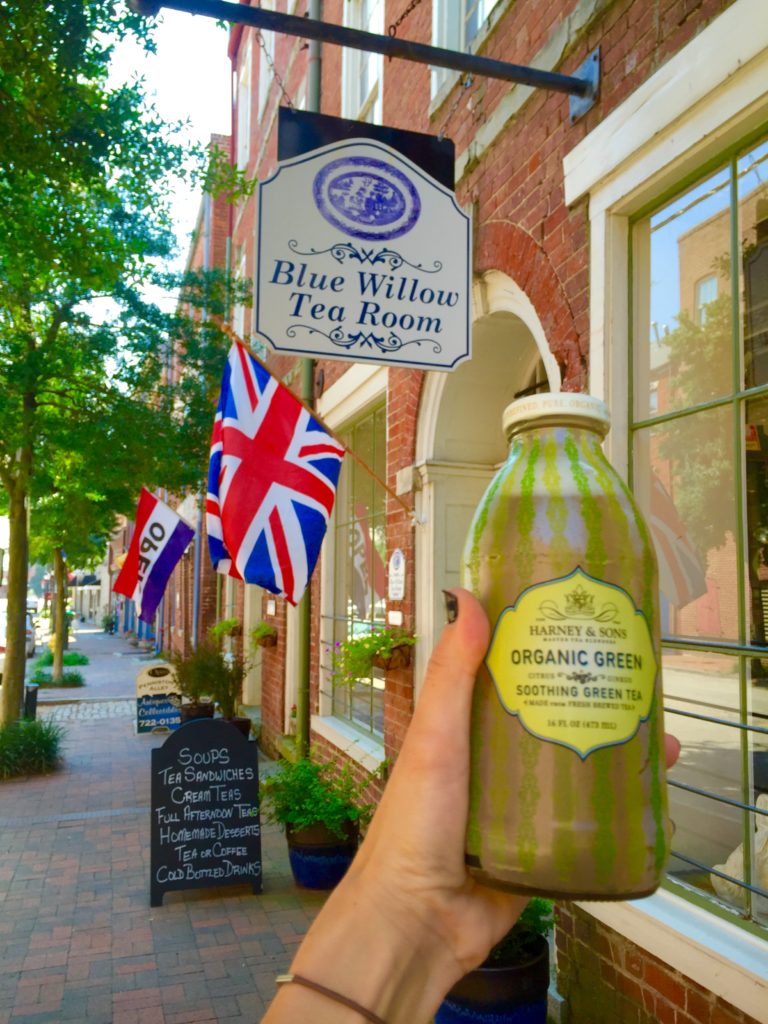 If you are looking for a relaxed bite to eat, stop by the Longstreet’s Restaurant & Bar. It’s located on the main long street! (get it?)  I ordered some fried green tomatoes and a Longstreet Club Sandwich. It really hit the spot and the ingredients were really fresh! The service was friendly and the atmosphere had a laid-back vibe to it. I think I’d go back just for that sauce over the fried green tomatoes! Yum! 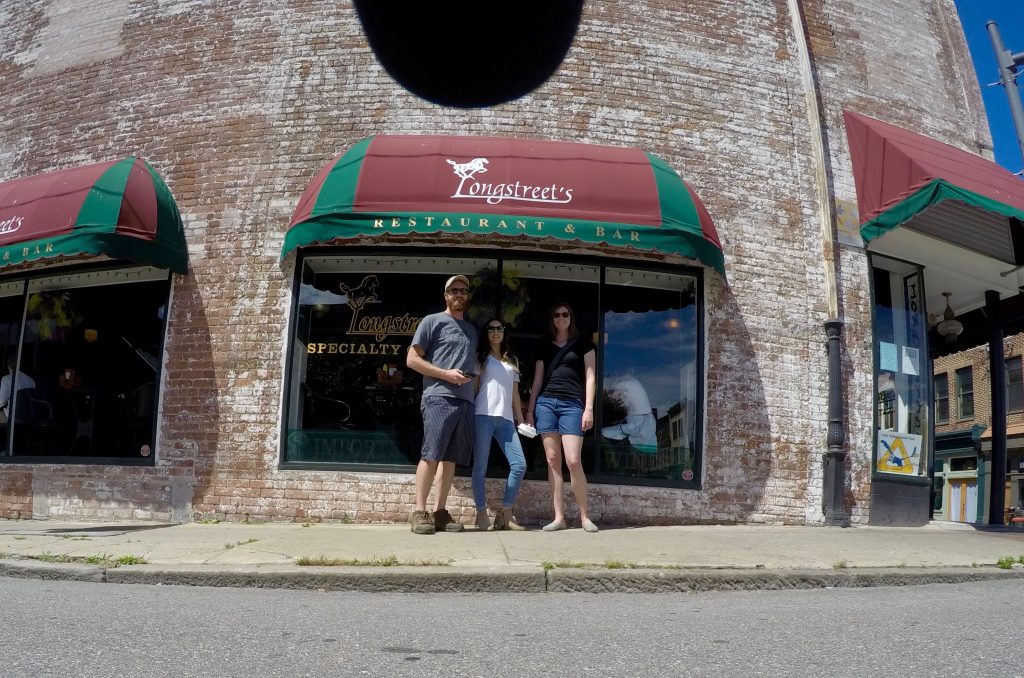 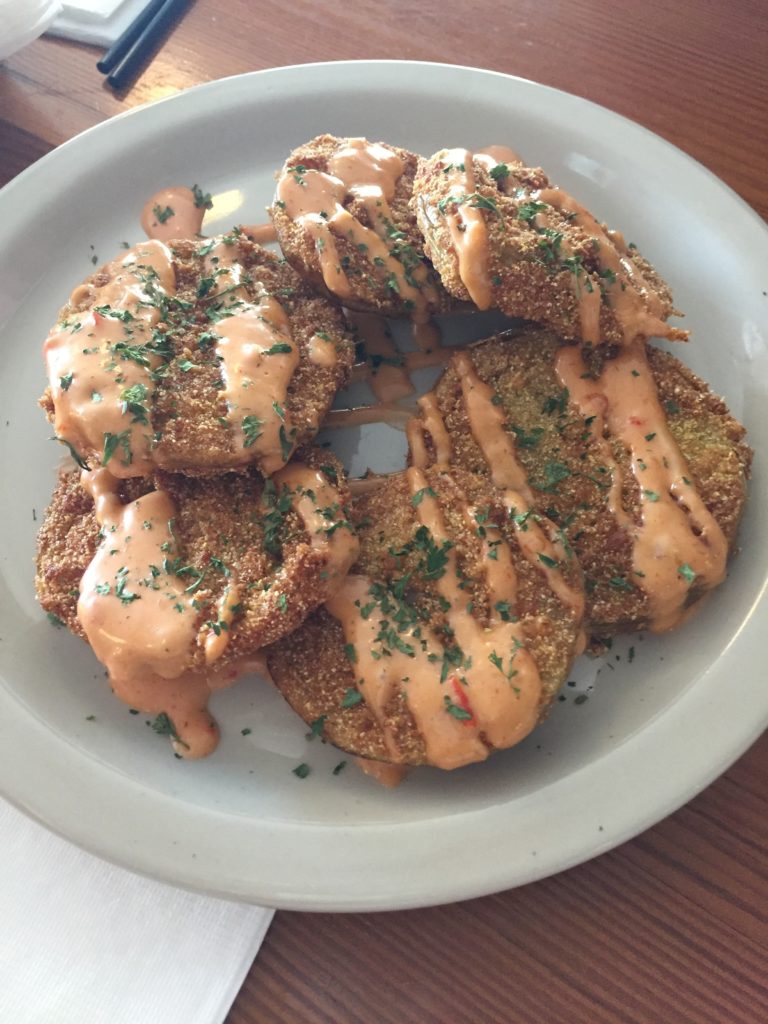 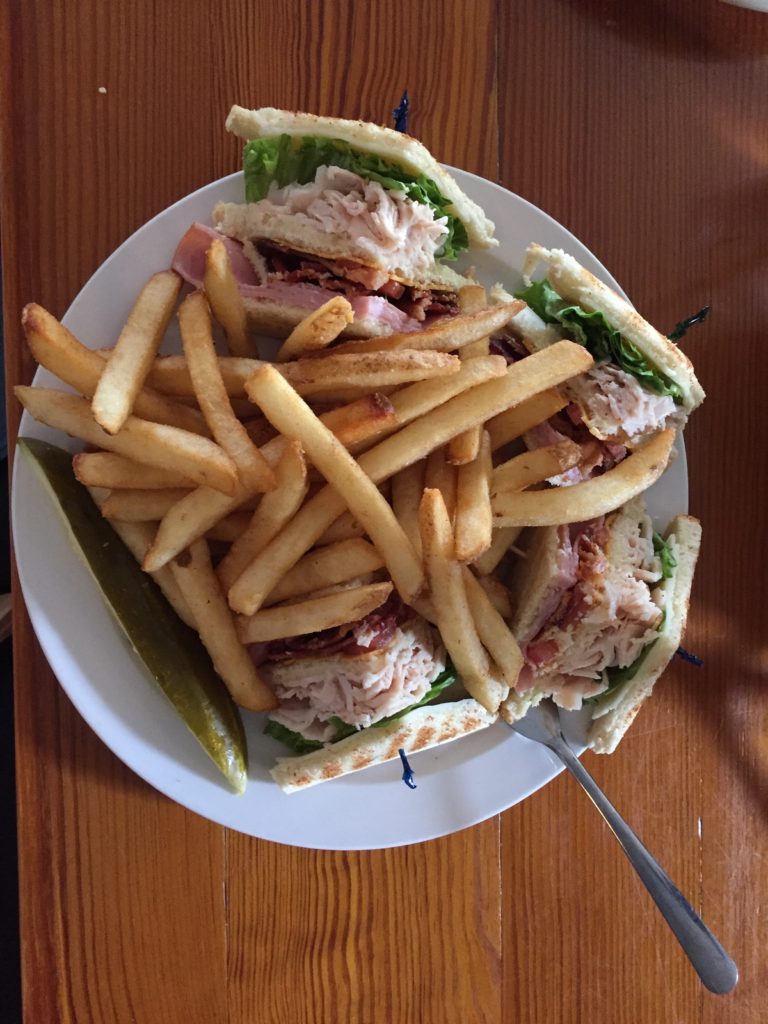 For a little history and a whole lot of fun. Check out the charming town of Petersburg, Virginia.
And remember,  Virginia is for lovers!

END_OF_DOCUMENT_TOKEN_TO_BE_REPLACED

34shares
We use cookies to ensure that we give you the best experience on our website. If you continue to use this site we will assume that you are happy with it.Ok