“This firefighter themed comedy will keep you warm with a story that quickly goes up in flames. You won’t mind the ashes because the genuine slapstick comedy is delivered by comedy legends Keegan-Michael Key and John Leguizamo. And if that doesn’t do it for you, Playing with Fire is also a well executed tribute to John Cenas physique.” – Meg Harrell 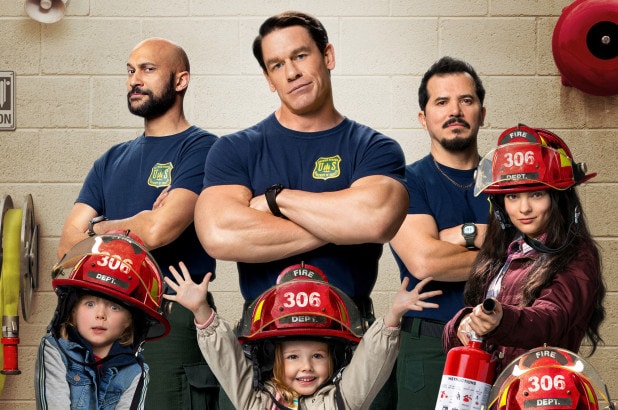 We have seen and loved this concept before of a swole male lead having a go at babysitting. Anyone remember Arnold Schwarzenegger in Kindergarten Cop? The same kinda thing transpires in Playing with Fire. There’s something in our culture that laughs at the idea that an uber-masculine character is totally out of his element when forced into a nurturing role.

I confess I do find it funny when a seemingly invincible person is brought down by a little kid. It’s the perfect comedic set up for a kids movie – because kids love it more than we do!

Plotline of Playing with Fire

We start with John Cena (WWE favorite turned actor) who plays Jake Carson – a tough no nonsense elite firefighter. Along with his team (acclaimed comedians Keegan-Michael Key and John Leguizamo) Jake Carson attempts to rescue 3 siblings from a burning building. Due to circumstance beyond their control, the kids cannot return to their parents for days and these firefighters have to babysit! In the end, it turns our they’re a match (fire pun) 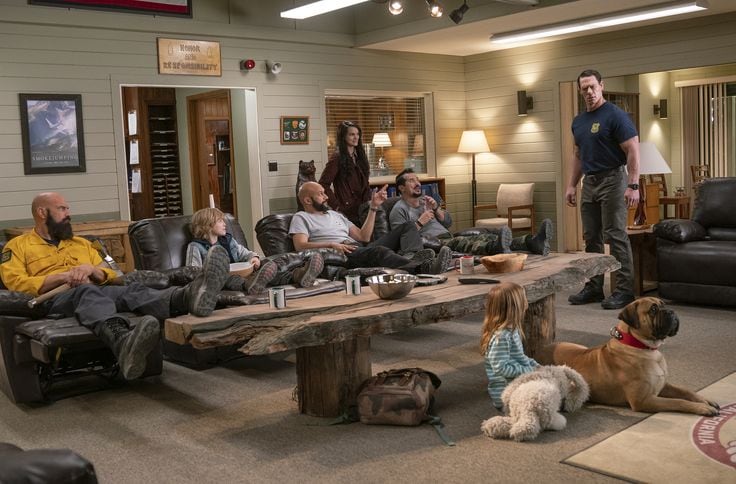 Jake Carsons character is also facing changes in his job as he attempts to impress his boss but the children end up embarrassing him. Don’t worry he doesn’t get…fired (fire pun)

Jake Carson is also in love with Judy Greer’s character “Dr Amy Hicks”. Jake is romantically challenged (to put it mildly) and with the children help, the sparks in Jake and Amy start to grow into flames of love between them! (fire pun)

Cast of Playing with Fire

John Leguizamo plays a fellow firefighter and helicopter pilot. He has always been one of my favorite comedians. His material is authentic and personality is likable. John Leguizamo brings that same lovable nature to Playing with Fire and I think his performance is…on fire (fire pun) 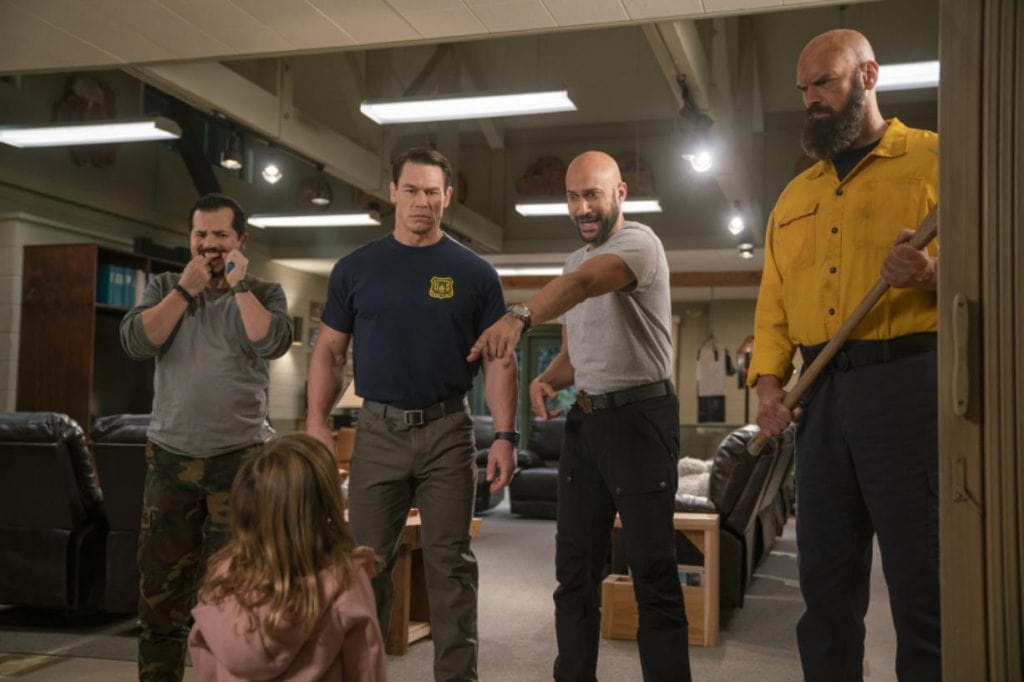 Keegan-Michael Key also plays a firefighter. He is one of those people that no matter what their doing, it’s funny. He can pause mid-sentence and make us laugh. He delivers some of the funniest lines in Playing with Fire. He’s going to make you laugh till your sides burn! (almost fire pun)

Judy Greer is perfect at portraying awkward situations. Her voice and mannerism make her feel like a best friend you once had.  Her subtle come back lines make me assume that she probably ad lib-ed some of her more genius lines. Judy Greer is well casted in Playing with Fire. 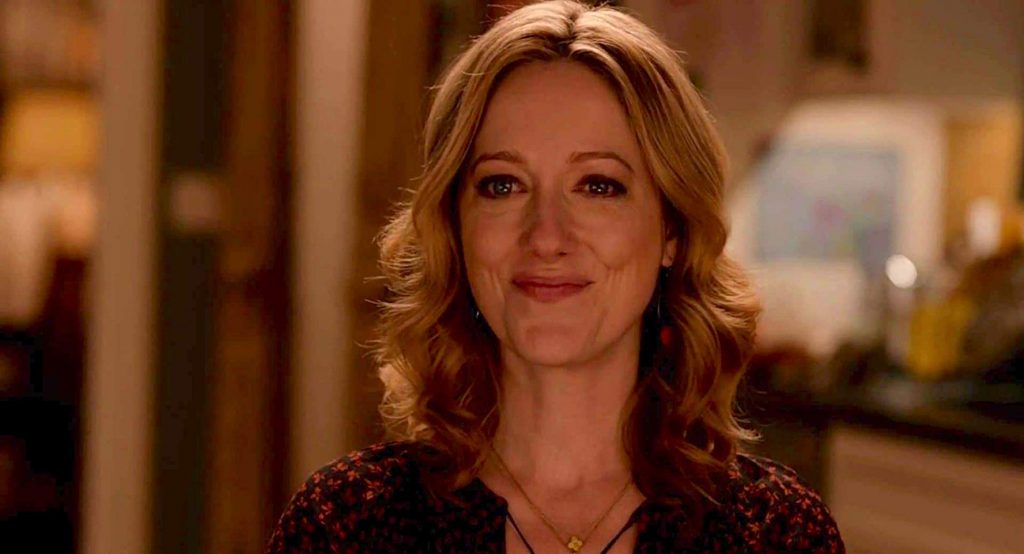 The Action in Playing with Fire

There are a few scenes in the opening of the film where there is a forest fire burning, firefighters are jumping out of choppers and running to dramatic cinematic music. It’s not an action movie, but there are a few action scenes in the first 5 minutes. 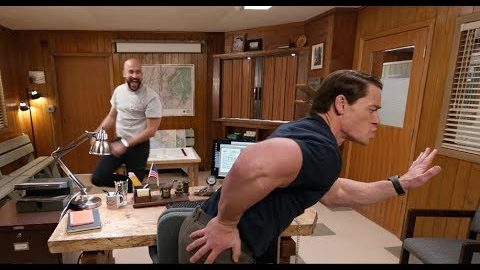 John Cena is a surprisingly good actor when it comes to the variety of roles he’s played in the last couple of years! It’s crazy to me that this guy keeps choosing silly comedies instead of becoming an action star – which is what we all expected of him. But instead he puts his heart into his characters. You can see it bleed from the screen – he genuinely enjoys the light laughter and happy endings.

Should you go see Playing with Fire?

Playing with Fire is basic and silly but appropriate for all ages. The humor in this movie is somewhere between a poop-joke loving 6 yr old boy and a 3 stooges marathon. But don’t let that extinguish (fire pun) your desire to see this movie. I’m going to take my 4 yr and 6 yr old next week to see it.

One line that stuck out to me was the line, “Kids are like fires. You can’t control them. You can only contain them until they go out.”. Maybe there was dust in the air or my contacts bothering me, but I was a little misty eyed when I heard that line. It’s a great piece of parenting advice. But it’s also a great metaphor for life.

There are always going to be things you can’t control. But you can contain them until they go out. “This too shall pass.”

Remember Playing with Fire is out in theaters now, Nov 8th, 2019. Watch the trailer below!

I am Meg Harrell. I’m an entrepreneur, influencer and creator of this blog. I am a mother of two and I run the MEGFORIT digital brand from my home in Central Florida. I practice minimalism in every way, including travel, fashion, home design, and parenting. This blog and my social media presence inspires mothers to pursue their dreams and find joy in simplifying life. I will encourage you to take your ordinary life and make it extraordinary!

My honest storytelling has been featured in Today Show Parenting, Love What Matters and many Minimalism publications.

I am a Nurse x 10 yrs. RN BSN. I write books and resources for nursing school students and struggling nurses that want to become better at their craft!

END_OF_DOCUMENT_TOKEN_TO_BE_REPLACED

20shares
We use cookies to ensure that we give you the best experience on our website. If you continue to use this site we will assume that you are happy with it.Ok