This post was made possible by Paramount Pictures who hosted us for a #SonicMovie media weekend.

All opinions are my own. #sponsoredbyparamount 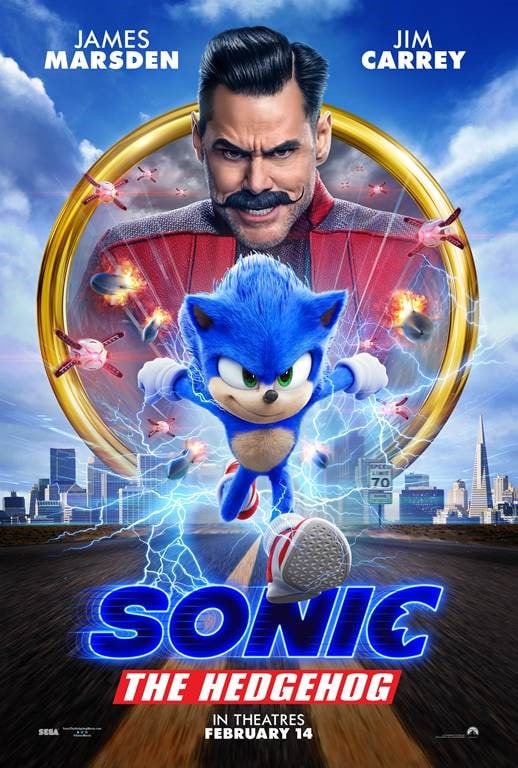 Sonic is voiced by none other than the talented comedian Ben Schwartz! But most of you probably know him as Jean-Ralphio from Parks and Rec! He brings the perfect amount of heart and silliness to Sonic. You see the childlike innocence in his character while rooting for his growth. If peril finds him, you are on the edge of your seat because you are investing in loving Sonic within the first 10 minutes! Oh my heart!

Sonics best friend is Tom (James Marsden). The two of them have to team up to defend the planet from the evil genius Dr. Robotnik. Tom is also nicknamed “The Donut Lord” and you’ll have to watch the movie to find out why!

Dr. Robotnik is played by (who else) Jim Carrey!!!! I heard he was going to be in it I was like WHOA -Finally he is back to his shenanigans on the big screen. We can’t get enough of his silly-ness.

Along with these top 3 characters are the costars of Sonic: Neal McDonough, Tika Sumpter, Adam Pally, Leanee Lapp, Lee Majdoub and more!

Everywhere I look, it seems to be the 1990s again. I’m watching all my favorite childhood movies being remade, scrunchies and overalls are cool again, and the Sonic the Hedgehog craze has been resurrected!

Are we finally getting the Sega Genesis origin story of this video game franchise character? YES MY FRIENDS! Sonic the Hedgehog is the world fastest hedgehog. Yes, this world. Sonic comes to earth in his new 2020 movie!

Storyline of #SonicMovie goes a little something like this: After discovering a blue super fast hedgehog, a small-town police officer must help it defeat an evil genius inventor who wants to harness it’s power for destruction! It’s a classic good vs evil movie for the whole family! 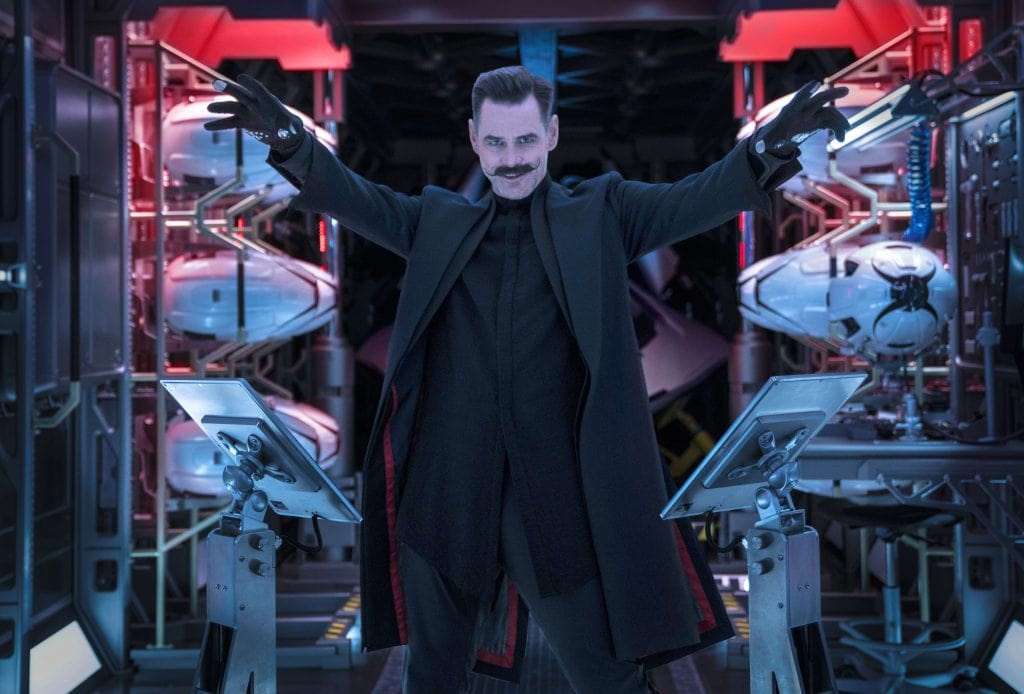 I was invited by Paramount to screen the movie on premiere day in January 2020. Here are my honest thoughts.

Overall, I would recommend this movie for kids 4 and up! My son is 4 and he handles it well. He cried at a 2 separate incidences. But he is a crier, he’s super sensitive to sad or emotional moments in movies. He just feels so deep!

There was nothing too violent or scary for little ones. There are mildly intense action scenes that really add to the plot. 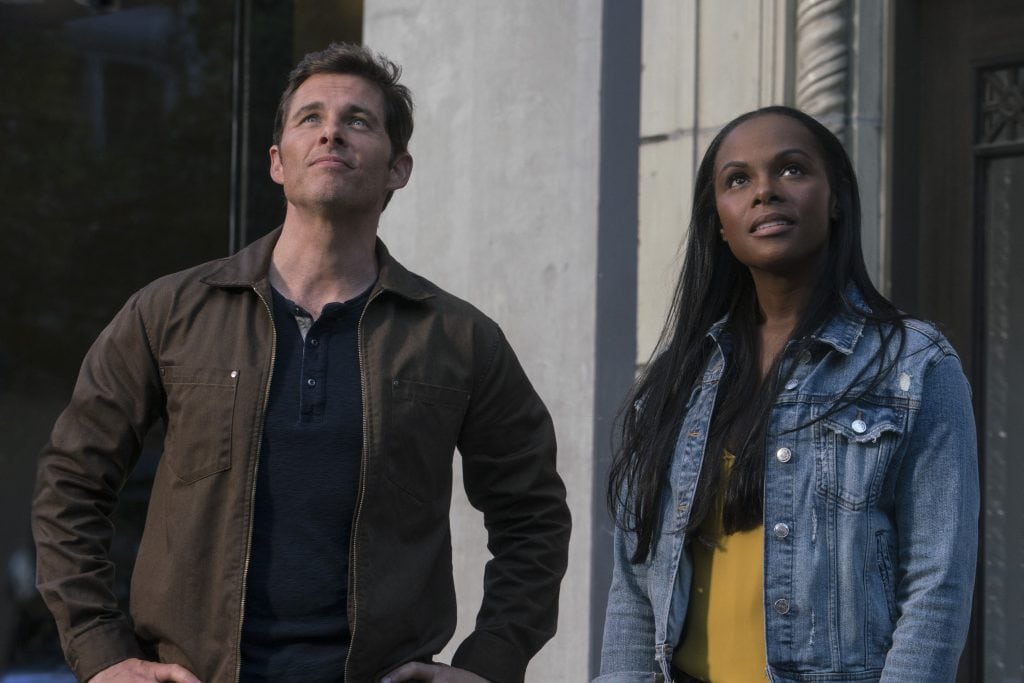 Besides the usually silly slapstick humor, there is one instance where they “curse”.  “What the Hell” and “Son of a….<sentence isn’t finished>)  is thrown out there in the height of the plot climax. Your kids might miss it, but that’s the only “adult content” I could catch in this kids movie.

Check out this little article I wrote about attending the red carpet with my kids!

Press Junket at The Four Season for Sonic the Hedgehog 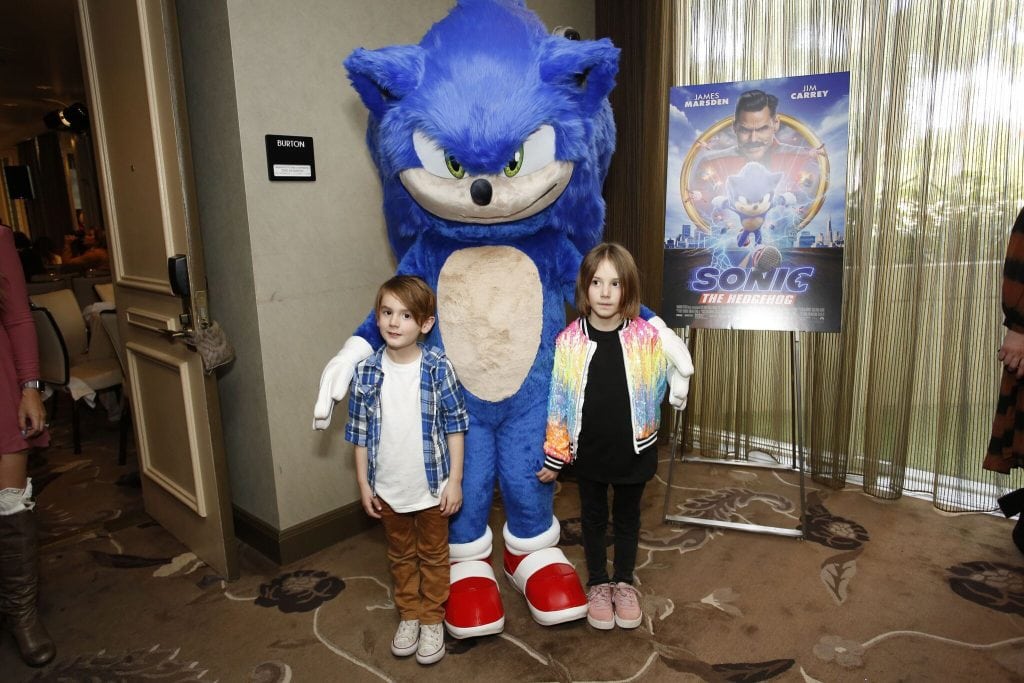 On the first day of our epic weekend, Paramount had organized an official press conference with the director, producer, and cast of Sonic the Hedgehog movie! 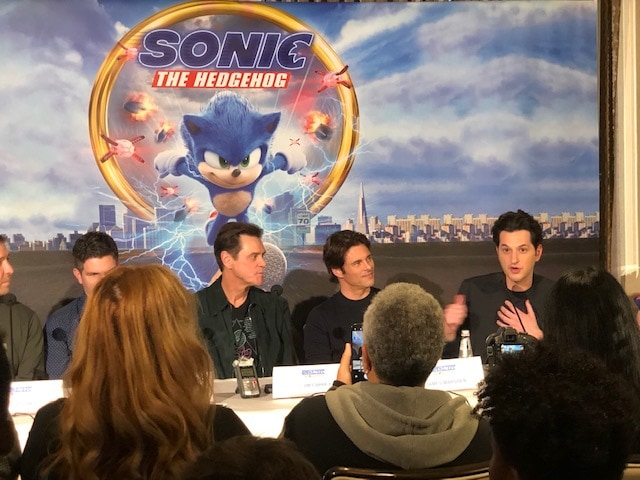 Being in the same room as Jim Carrey was electrifying! I was ready to hear all about Sonic the Hedgehog! My daughter Daisy was able to hold the mic and direct ask Jim Carrey, “Why is Dr Robotnik so angry?” His answer was profound and gave everyone chills! 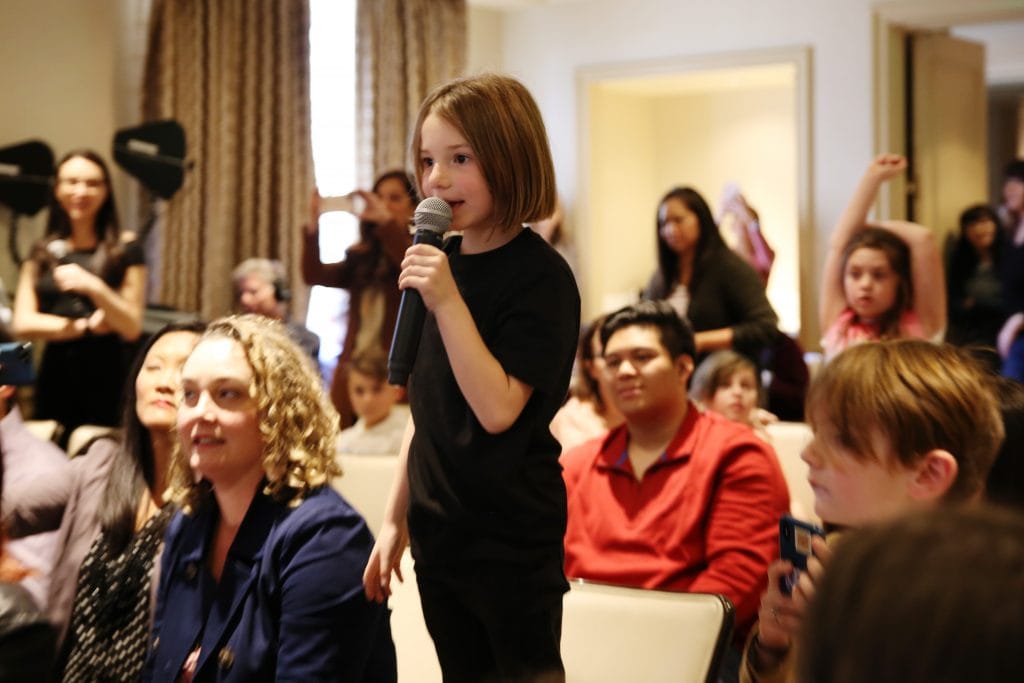 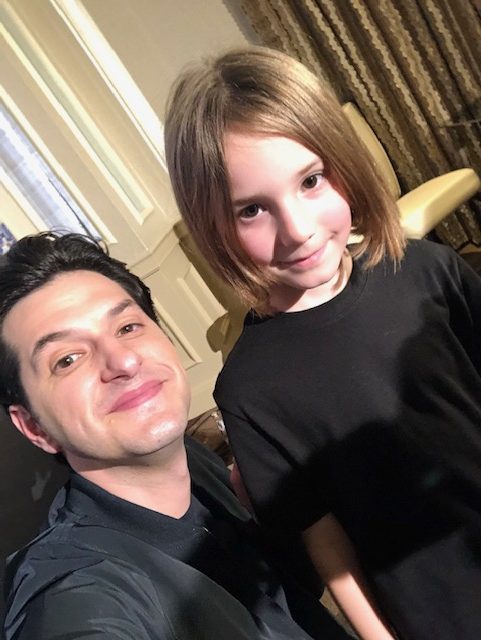 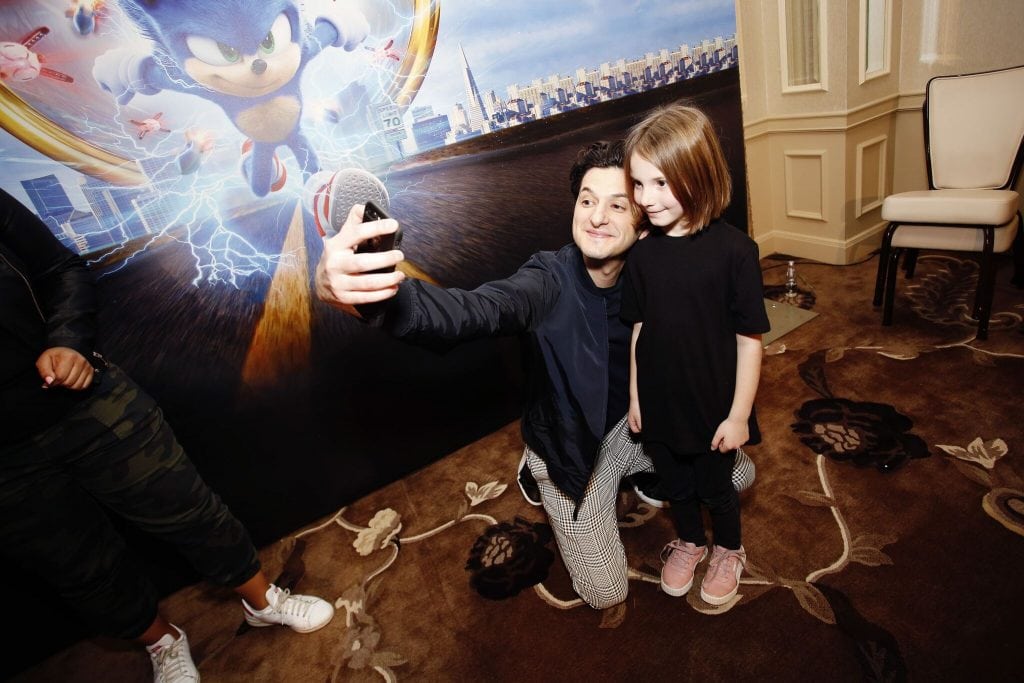 Here is a group shot of the cast and kids of the amazing bloggers that were part of this media weekend with Paramount! 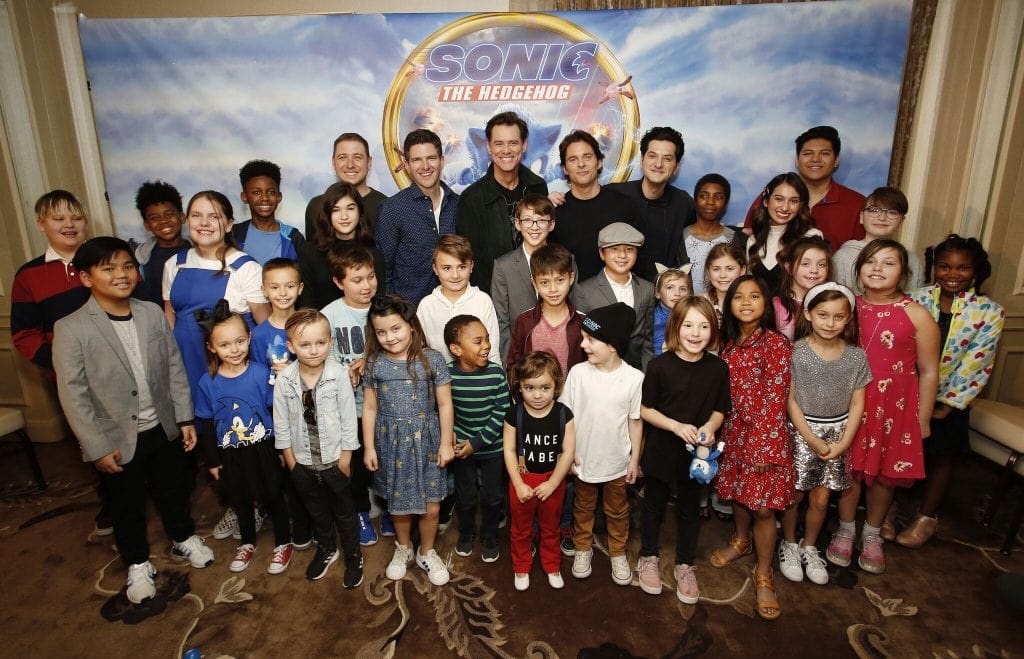 I asked my kids if they would see it again and they said YES! So coming FEBRUARY 14th, 2020, when Sonic the Hedgehog Movie comes to theaters, I’ll be taking my kids to see this movie again! Wanna come with me?

I’ll see ya at the movies!