November 2019, I attended The Geekly Retreat in Burbank. While I was there, Disney & FOX invited me to be the first in the world to screen Spies in Disguise in the Walt Disney Animation Studios Theater! A group of high level Entertainment Bloggers and I were the first to see Spies in Disguise in its completion and interview the directors. We also had the privilege to demo Spies in Disguise: Agents on the Run, a new video game based on the movie! 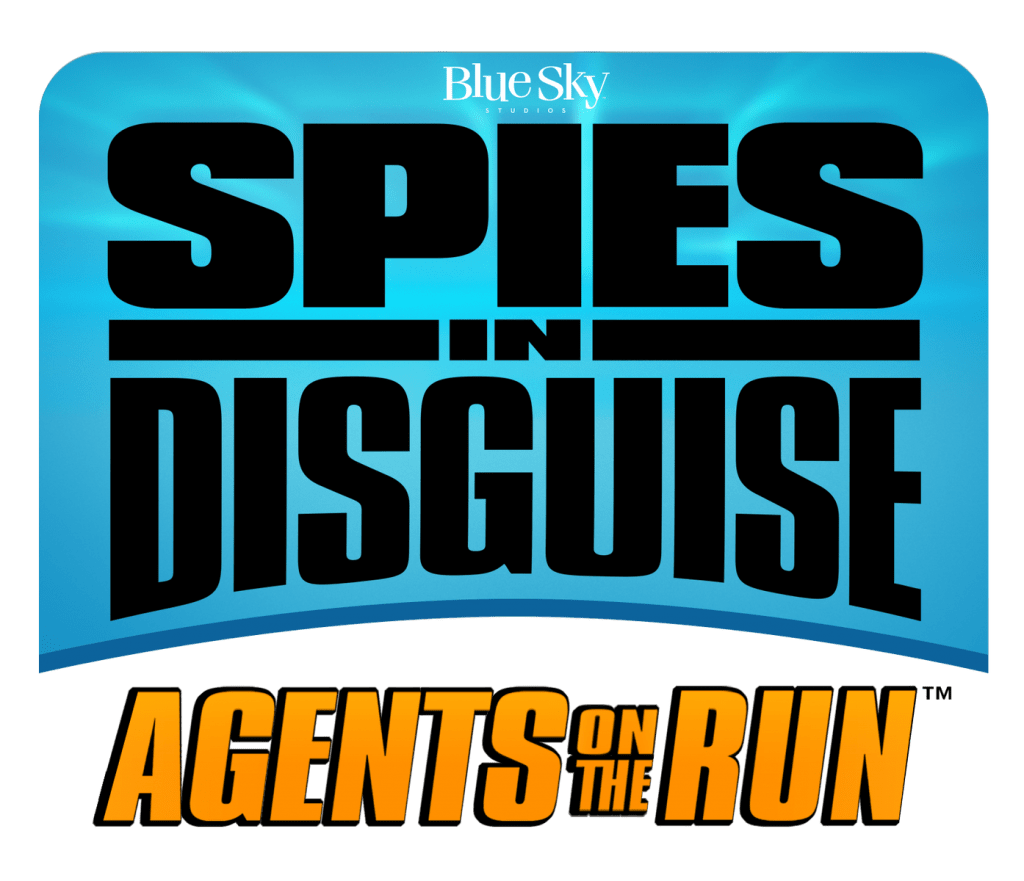 Spies in Disguise The Movie

The premise of the movie in a nutshell is: Will Smith’s character “Lance” is a secret agent and Tom Holland’s character “Walter” is an inventor. These two are complete opposites. Lance has swag and Walter is a total dork. Through a short series of unfortunate unintentional events, Walter turns Lance into a pigeon! This hilarious duo is forced to team up on a mission that is critical to the fate of the world.

For the full plot and incredible casting of this movie, CLICK HERE TO READ THE OVERVIEW(Coming in December)

I really enjoyed this movie and plan to bring my kids this Christmas. For my full review, click here to read: 5 Lessons of Acceptance in SPIES IN DISGUISE | Movie Review (Coming in December)

Come read about my Interview with the Directors of Spies in Disguise. (Coming in December) It was fascinating to hear their process and the secret insights of adding themselves into the movie.

Video Game | SPIES IN DISGUISE: AGENTS ON THE RUN

Spies in Disguise: Agents on the Run is a cinematic-style, runner game that will send players on top-secret missions to collect characters, gear and more in order to become the world’s best special agent. 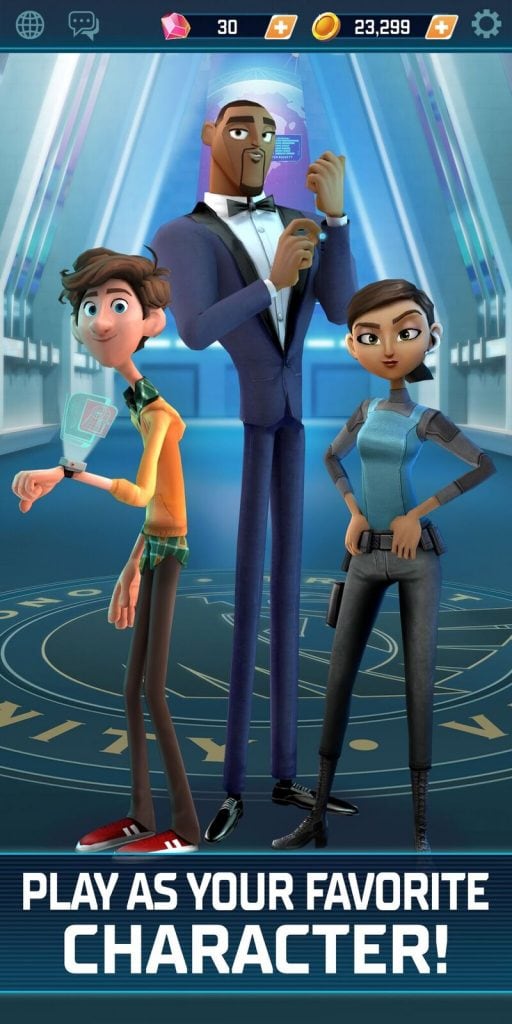 In Spies in Disguise: Agents on the Run, players will can choose to play as one of the characters from the movie:  Walter, Lance, or Marcy. Players will help them unlock futuristic gadgets, abilities, and tricked out spy vehicles. The mobile game will also feature opportunities for players to compete for weekly rewards by aligning with one of the super-secret spy agencies.

My Opinions on Spies in Disguise: Agents on the Run

I had the privilege to actually play Spies in Disguise: Agents on the Run and test out this game on an iPad at the Disney ABC Studios. I’m not a big gamer, I played a lot of Sonic the Hedgehog and Podracer when I was younger. But I think this game is the best of a “running” game with the action of Spies in Disguise! 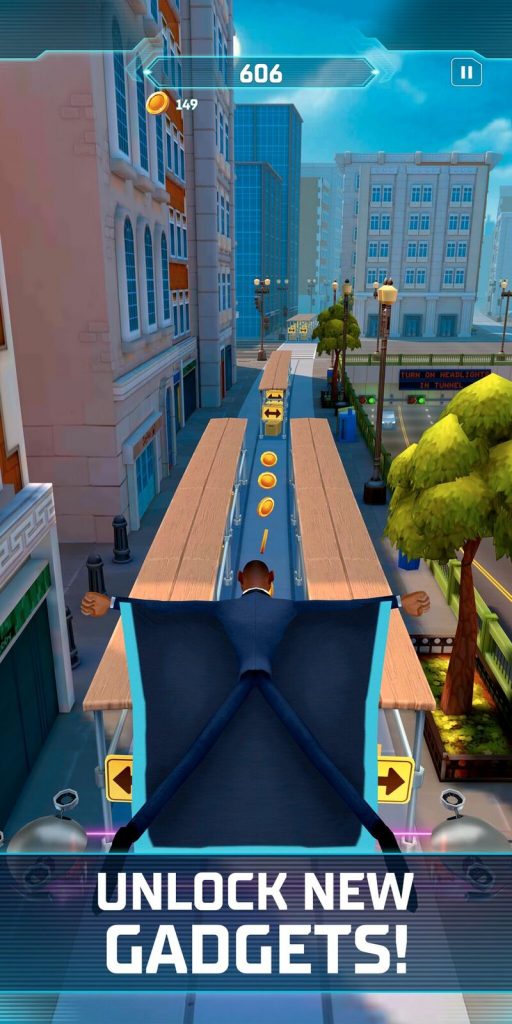 Ok, I love a running game! I don’t have the time for complicated role playing games that reach the pinnacle after playing for weeks at a time. I want instant rewards and a game that builds on itself.

Spies in Disguise: Agents on the Run is super easy to figure out and I think my kids will love it. It was so fun and addicting that the gamer dude who was showing me the game had to ask for the iPad back! It’s truly an interactive immersive game. 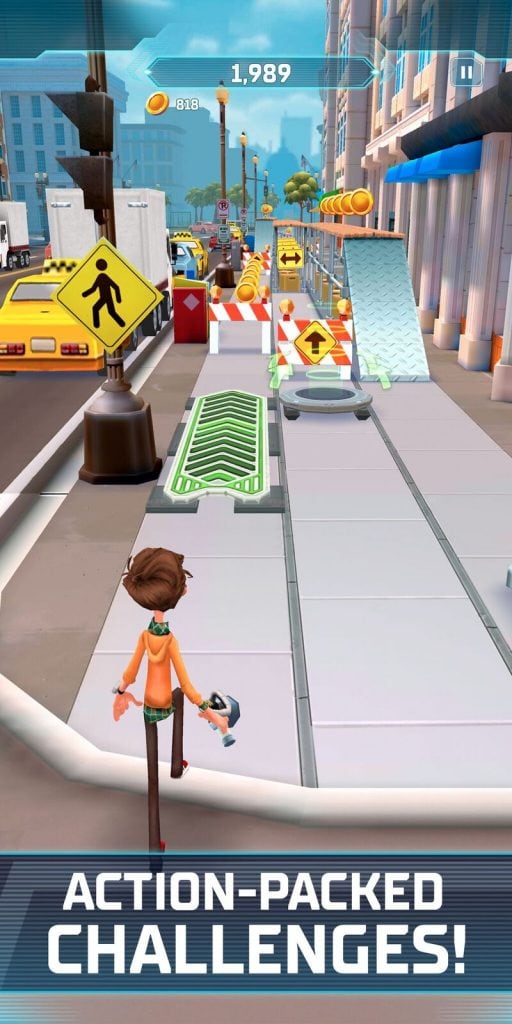 How do I download Spies in Disguise: Agents on the Run

We don’t have an exact launch date yet. I predict Spies in Disguise: Agents on the Run will *probably* come out sometime in December when the movie comes to theaters.

Spies in Disguise: Agents on the Run will officially launch on mobile devices worldwide on Apple App Store, Google Play and the Amazon App Store this fall. To pre-register, please visit SpiesInDisguiseGame.com.

Previous Post: « Top Tips for Traveling for Business
Next Post: Frozen 2 Movie Review | The Disney Prince We’ve All Been Waiting For! »