Buddhism is among the oldest religions of the world, with a history dating back several thousands of years. Like many of the older religions, Buddhism uses its own scripture that is similar to modern-day Sanskrit. Moreover, it relies heavily on symbols to illustrate its teachings, and while some of these signs are representations of other physical items, others are completely abstract illustrations that represent a deeper concept. Even though Buddhism doesn’t have as many followers as other mainstream religions, the teachings of this faith have been spread far and wide.

Through western media, art, philosophy, and the interest of a passionate following, the teachings of Buddha have made their way into all parts of the world. There have been countless movies, dramas, and plays that have, in one way or another, been directly based on or indirectly represented the teachings of this ancient Eastern faith. This, so much so that the symbols and signage used in this religion have also become popular all over the world and especially in the west. We see a growing number of people using the various Sanskrit letters and Buddhist symbols as the basis of their tattoos.

Even in the East, where these signs originated, they are commonly used to decorate furniture, clothes, locations, and even flags. However, not everyone is familiar with what they mean or what they represent.

Here are some of the most powerful symbols in Buddhism and their meaning. 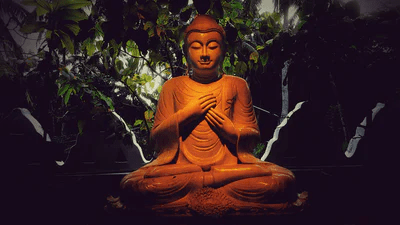 As is the case with many of the symbols used in Buddhism, it helps to have a basic understanding of the faith to more clearly understand what these symbols represent. Buddhist believe that we are all currently in the state of Samsara, which is the journey of reincarnation that leads to the end goal of Nirvana. This life and the many other lives that we will live on earth during our process of reincarnation will be full of pain, suffering, grief, and sadness. This is a necessary process through which we will learn the lessons we need to learn to eventually reach Nirvana. This process is represented by the lotus as this is a plant that rises out of the mud daily, blooms into the beautiful lotus, and then closes and sinks back into the mud.

This is not to say that the process of life and death is not a pleasurable or enjoyable one. There are definitely a lot of times during each life that a person will enjoy happiness, pleasure, spiritual advancement, and the many other positive things that we experience in life. This process is represented in more detail by the unalome and shows how we transition closer and closer to the final stage of Nirvana with each life. You will also find that the Unalome is sometimes drawn in conjunction with a Lotus or a Crescent, and this also expands on the meaning of life. There are also some variations in the way the Unalome is depicted, but the basic concept remains the same throughout all the representations.

Buddhism is very closely connected to Hinduism, and beyond simply sharing a common language, they also share a lot of concepts. Aum, also known as Om, is considered to be the first sound in the universe and is the beginning of everything. Though more than just a sound, it is also a word that carries a deeper meaning. The AUM spelling of the word shows creation through the letter A, its manifestation through B, and the final destruction through M. In this way, the word Aum represents all the stages of life and also represents the life cycle of the Universe. Aum is also the word that is hummed during meditation, and the idea of everything coming into existence, existing, and then finally vanishing after it has served its purpose is what is focused on during this deep meditation. 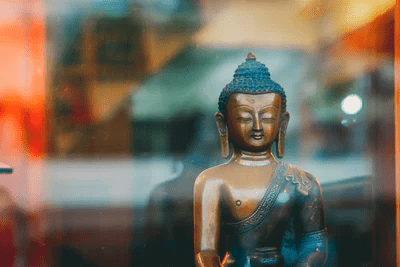 Just like any other religion, the concepts in Buddhism are aimed at helping people understand the age-old question of why it is that they are here on this planet and why it is that they exist. Different faiths address this question in different ways, with different forms of worship and different rules to live by. What is common between all faiths, though, is that humans should be good, they should help one another, and they should aim to live a life that has a positive impact on everyone else and the planet. No religion advocates harming anyone or anything. Buddhism, especially, places a big emphasis on peace and living a life that is in harmony with the world around us.

Previous Post: « Home Cleaning Tips: Things That Need Constant Maintenance in Your Home
Next Post: 5 Things To Let Go Of For A Happy Life »