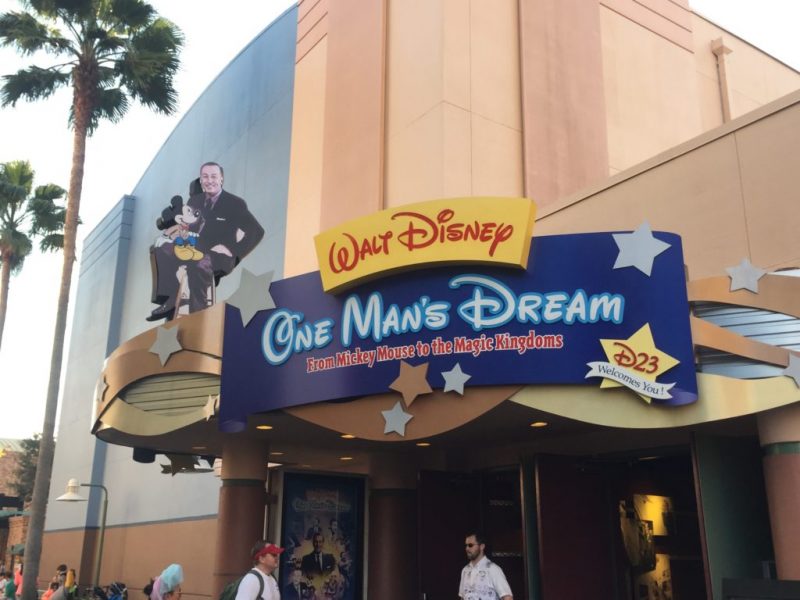 As many of you know I am a huge Disney fan. I grew up on the movies and my dad would take us to Disney too many times to count. Disney World was my summer home. Any problems that were happening at home would disappear inside Disney world. No one would fight inside Disney World. It felt like such an escape. I have the best childhood memories with my brothers and sister inside of Disney. The atmosphere, the music, the impeccable surroundings – it was all the dream of one man. Walter Elias Disney. As a child I was fascinated with Walt Disney. I would read all the books about him in my school library over and over. I would write papers on him. I would sit for hours trying to download a clip of his speech the opening day of Disneyland on dial up internet in 1999. I truly admire the man. If fact, I named my son after him!

But Walt Disney represents so much more to me than the Disney empire he built. He represents triumph after failure. He was set on stepping away from the status quo and the easy life that all his peers were comfortable with. He chased a dream. He would get infected with one of his ideas and run with it. Not for profit but for fun, for entertainment, for education. He was not afraid to be silly in the professional world. He was not afraid of hard work. He would work for days on drawings and cartoons and equipment without the guarantee of a penny of profit. He worked to create – not for greed. And that is why I see Walt Disney as a great man. I admire him and hope to have that work ethic. Let me share with you a little secret about the Walt Disney “One Mans Dream” exhibit inside of Hollywood Studios.

Just past the Little Mermaid Show, to the right of the Chinese Theater is an attraction called “One Man’s Dream” Please don’t overlook this, it is my favorite part of Hollywood Studios and always has been. It tells the story of Walter Elias Disney’s entire life, from humble upbringing to mastermind of one of the biggest companies in the World. It contains relics of his past that will give you goosebumps. They even have his actual childhood writing desk where he carved his name into it during class and eventually got in trouble for it! As you walk through the exhibit, time passes as you see the failures and successes of his life. At the very end is a theater that has a short video about the success of Disneyland and Disney world narrated by Disney himself. It brings me to tears ever time. He was so driven.

But here’s a little secret! A little MegForIt Disney tip…… As you enter this attraction, ask the cast member in the front to play the “One Man’s Dream” Trivia. They do not advertise this – you will need to ask for it. They will reach behind a secret door/cabinet and take out a Disney Pencil and a small piece of paper with a few trivia questions. The answers can be found throughout the attraction. If you answer all these questions correctly, turn it in to the cast member before you enter the movie at the end of the exhibit. They check your answers and if you are correct you are allowed to write your name in the Disney World Book of Archives and will be added to the official archives as an honorary Disney Citizen, with your name and the date you completed it. They also give you the cutest certificate with your name and it says, “Across the miles and over the years, you’ll always remember this Magical Moment from the Walt Disney World Resort.” And THAT my friends is the Disney touch. 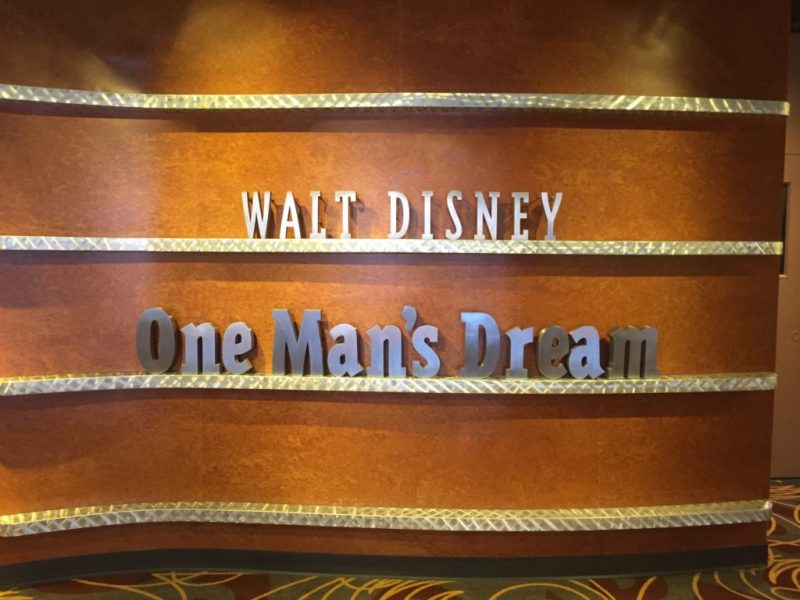 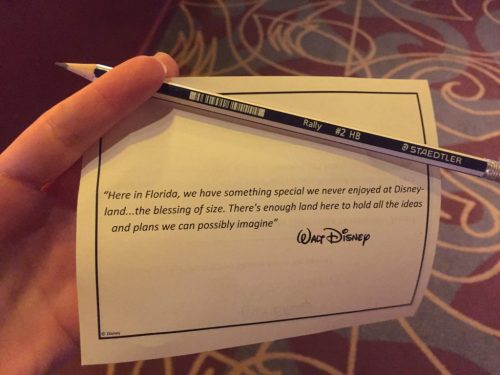 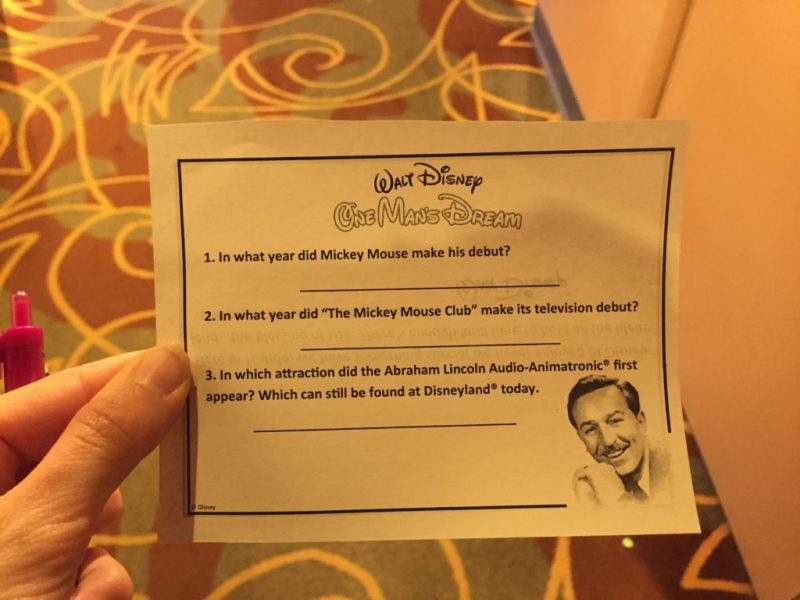 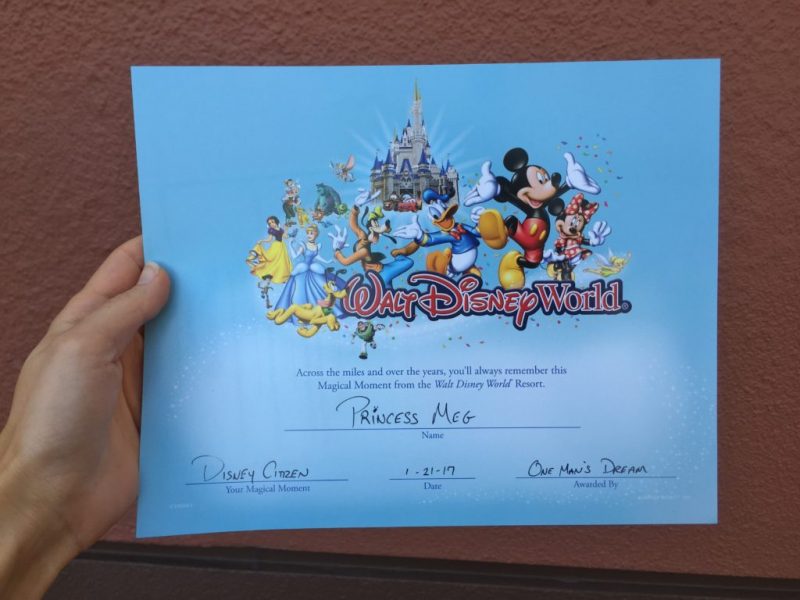 This is what Walt Disney means to me.