I watch a lot of movies, upwards of two new films per week. I do this because I immensely enjoy being told a story. So it may come as a surprise that it’s actually quite rare for a film to move me emotionally. I walk out of plenty of films with a smile, but I can count on one hand the amount of films that have moved me to tears. I’m prefacing the review with this information so that when I say I actually cried during Weathering with You, you know that it’s the best possible endorsement I could give. 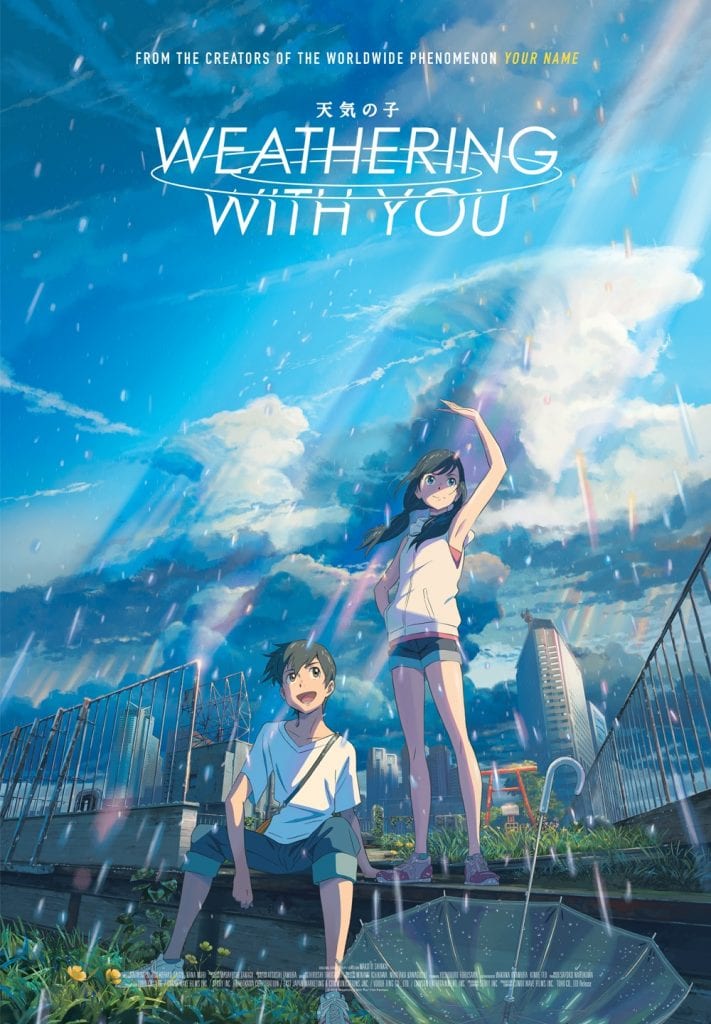 Weathering with You is an utterly beautiful and touching anime romance film. I imagine those last three words turned off a vast majority of potential viewers. The term anime romance film conjures up images of greasy, overweight men in cargo shorts using words like “kawaii” to describe their virtual girlfriends. Whom I feel would actually dislike Weathering with You, as it’s a film with an abundance of sincerity and innocence. I encourage anyone who doesn’t typically watch foreign language films to give it a try, as the Japanese voice acting is brimming with just as much passion and genuineness as any pixar film.

The plot concerns Hodaka, a young run away who has come to the rainy streets of Tokyo to start a new life. After finding work at a pulp magazine that covers urban legends, Hodaka is told to research the so called “sunshine girls”; girls who apparently can change the weather. In his time in the city, Hodaka becomes acquainted with a girl named Hina, who turns out to be a sunshine girl. The two grow closer and soon start an odyssey of personal discovery and sacrifice.

The relationship between Hina and Hodaka is the core of the film and what makes it so wonderful. The two feel like such lived in characters and the way they fall in love comes across without a hint of cynicism. Hodaka’s panicked and flustered responses give him an affable charm, while Hina’s more worldly yet caring responses immediately endear her to the audience. There’s no big love scene in Weathering with You, only small scenes of connection and trust that feel strangely universal. By the end of the film we completely understand the lengths Hodaka would go to see Hina just one more time. The passion of the two young lovers is so earnest and pure that we can’t help but feel inspired by it. 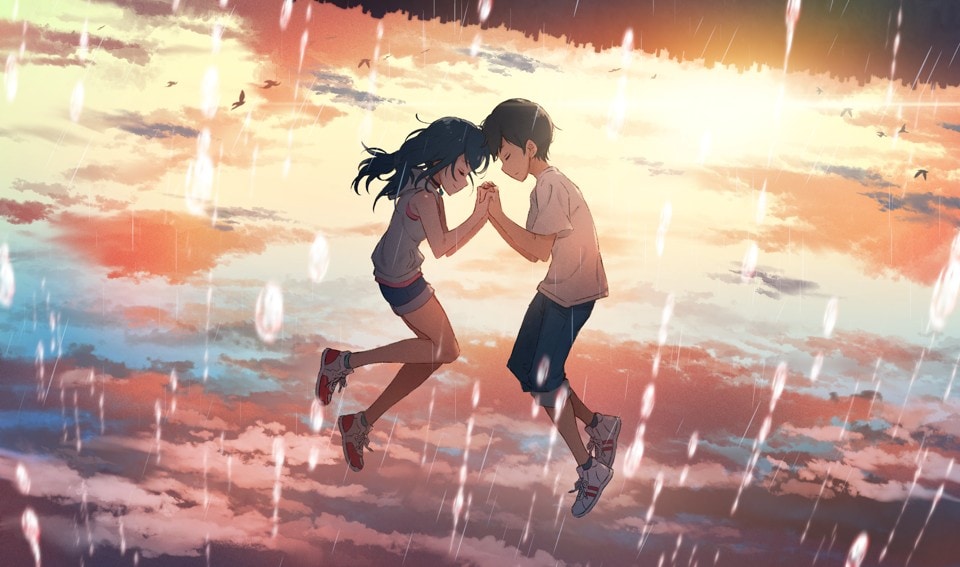 One of the odd things about Weathering with You is that I don’t think it could have worked as a live action film. The magical realism element works especially well in an anime, as it ends up creating a setting that feels relatable but still believable when the supernatural elements begin to take shape. The end result is an extraordinary world that we can’t help but wish to live in. That’s not even including the small but memorable cast of supporting characters who always add depth to the story without ever stealing the spotlight from the central couple. 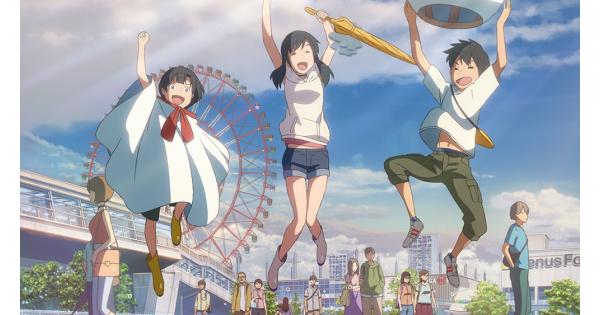 If there’s anything I can possibly criticize Weathering with You for, it’s that it might be too familiar. Weathering with you is one of those rare films that taps into the core of emotions, but another film did it better; a very similar film in fact. Your Name was an anime romance about a young couple involving magical realism, written and directed by the same person as Weathering with You, Makoto Shinkai. Which is fine, nothing wrong with having a preferred genre. But it does mean that once you’ve reached a peak in that genre, all you subsequent work will be compared unfavorably to it. So while Weathering with You is great, it can’t help but pale in comparison to what came before.

Even if it’s not the best in its category, Weathering with You is an affecting drama that will touch the heart of anyone who watches it. It’s wonderful journey that will transport you to a more magical world and leave you with tears in your eyes.

3 and ½ out of 4 stars
-Daniel Jimenez, Movie Critic

Previous Post: « My First Time… | The Revolutionary Moment When I Finally Saw Myself
Next Post: My Experience at the Sonic the Hedgehog BLUE Carpet Premiere | January 2020 »