For many years, the name Disney has symbolized entertainment, magic, and happiness for most people, children and adults alike. The company itself has grown in leaps and bounds with several animated films, recreational theme parks, and lots more… All because a man, Walt Disney dared to dream! 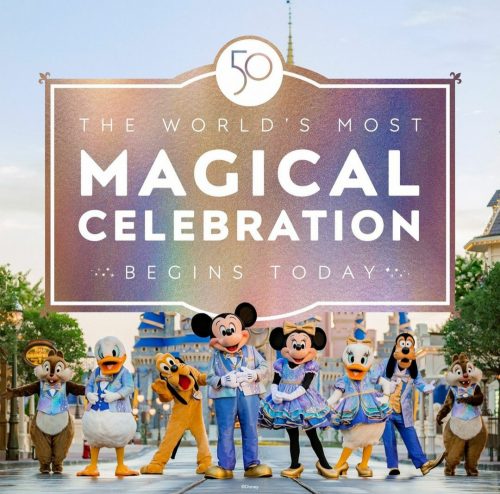 Disney’s gates are now wide open for the auspicious 50th-anniversary celebration of the most magical place on Earth where dreams come alive. The celebration kicked off officially on the 1st of October and will be on over the next 18 months.

Are you ready to celebrate? I am as well and so excited! Here is everything you need to know about the biggest event happening already at Disney World’s 50th Anniversary.

What Can You Expect To See

Nothing screams happily ever after like the Magic Kingdom. It’s filled with adventure, magic, and wonder that makes you believe that dreams are possible.

As a guest, you can expect to see Mickey Mouse and Minnie Mouse all dressed in glamorous custom-made outfits. Our other favorite characters Goofy, Donald Duck, Chip & Dale will walk you through the park as hosts while adorned in very special EARidescent festive costumes!

When the sun goes down, you will be treated to the incredible sights of an embroidered impression of Cinderella Castle. It will be all lighted up by enhanced lighting, fireworks, and pixie dust shimmers.

If you’re waiting for Disney Enchanted or preparing to leave the park at night, you might as well watch this Cinderella Castle transform into a Beacon of Magic. The show runs every 15 minutes at least.

You’ll also see Mickey Mouse, Minnie Mouse, and friends at the Magic Kingdom, celebrating all day with a new “Mickey’s Celebration Cavalcade,” which will feature the latest 50th anthem, “The Magic Is Calling.”

Get ready to be thrilled, inspired, and blown away. This is where all the fun and magic will be…Didn’t I say it’s party time?!

Still, in celebration of the 50th-anniversary, which symbolizes 5 decades since Walt Disney’s Magic Kingdom opened in October 1971, Disney has also launched its latest attraction at Epcot. That is “Remy’s Ratatouille Adventure!” 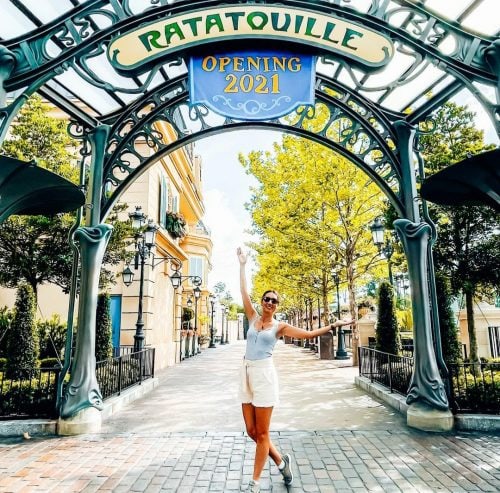 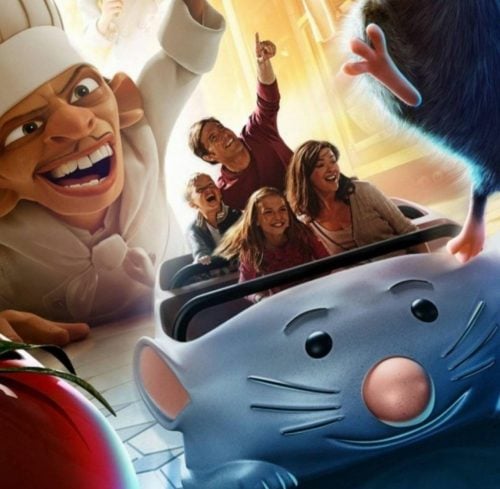 This attraction features a 4D family-friendly ride- situated at a new and extensive part of France Pavilion at the theme park. Disney welcomes everyone into the world of its 2007 Pixar animated movie Ratatouille and its star character, Remy.

Guardians of the Galaxy: Cosmic Rewind

Another big addition to Disney Epcot Dynasty is the Guardians of the Galaxy: Cosmic Rewind- a hybrid roller coaster. Although it was scheduled to open before the 50th anniversary, plans were delayed due to COVID. However, it’s going to be a high point for Disney favorites once it opens eventually in 2022.

You can be sure the 50th celebration will span across all Disney World theme parks, so none is left out of the fun.

At the Magic Kingdom, the new show known as “Disney Enchanted” will take the place of “Happily Ever After.” This new show will feature various songs (including new original music) and characters from your favorite Disney movies such as Beauty and the Beast, Luca, Tangled, and Alice in wonderland.

While the show is on, you’ll see 3D kites of some of your favorite characters like King Louie from Jungle Book, Zazu from Baloo, and more flying overhead. And this performance will take place at the prestigious Discovery River Amphitheatre.

One thing is sure, what started 50 years ago in Orlando is set to unveil a bigger evolution all through this period of celebration. It’ll be nothing like what you’ve ever seen before, and I don’t plan to miss out on this either!

Moreover, more than 150 new food items and drinks will be available at The Place Where All The Magic Happens.

This is only the tip of the iceberg of what’s to come, and I’m just as excited to visit as you are.

Previous Post: « Visiting the Friends Locations in New York
Next Post: Netflix Back to the Outback Arrives Dec 10th 2021 »