I am part of the #RalphBreaksTheInternetEvent press tour. This post is a Disney partnered post. All opinions are my own. 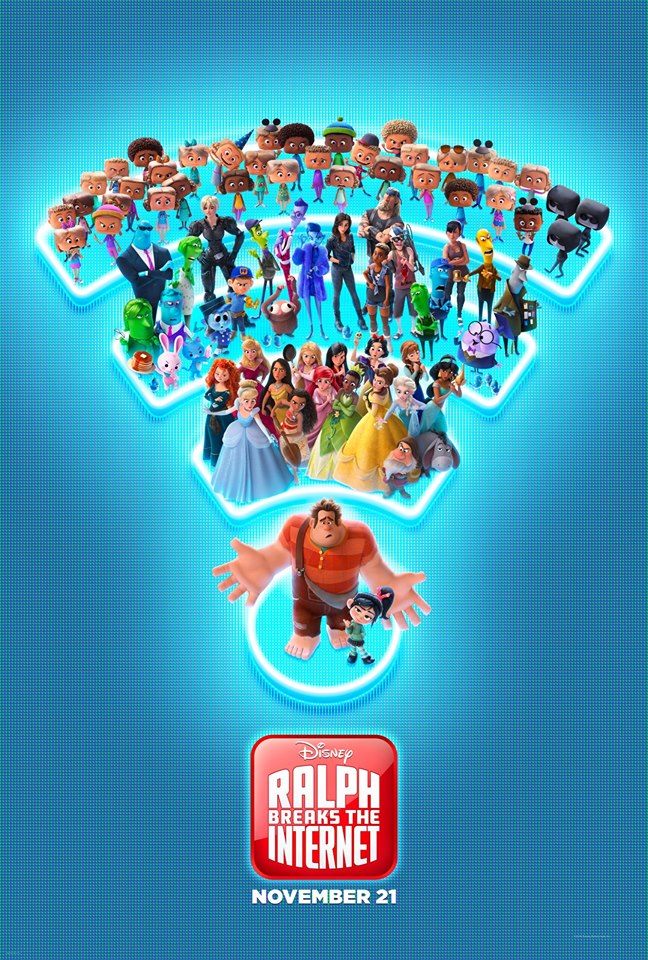 It was an honor and privilege to be invited to the Walt Disney Animation Studios in Burbank, California for the #RalphBreaksTheInternetEvent. Walt Disney was so excited after the success of Snow White in 1937 that he took his earning and build his very own animation studio in Burbank California. This is where Disney still does most of their animation work. I had chills walking around the lot, thinking to myself, “This is where Walt Disney’s dreams came true.” 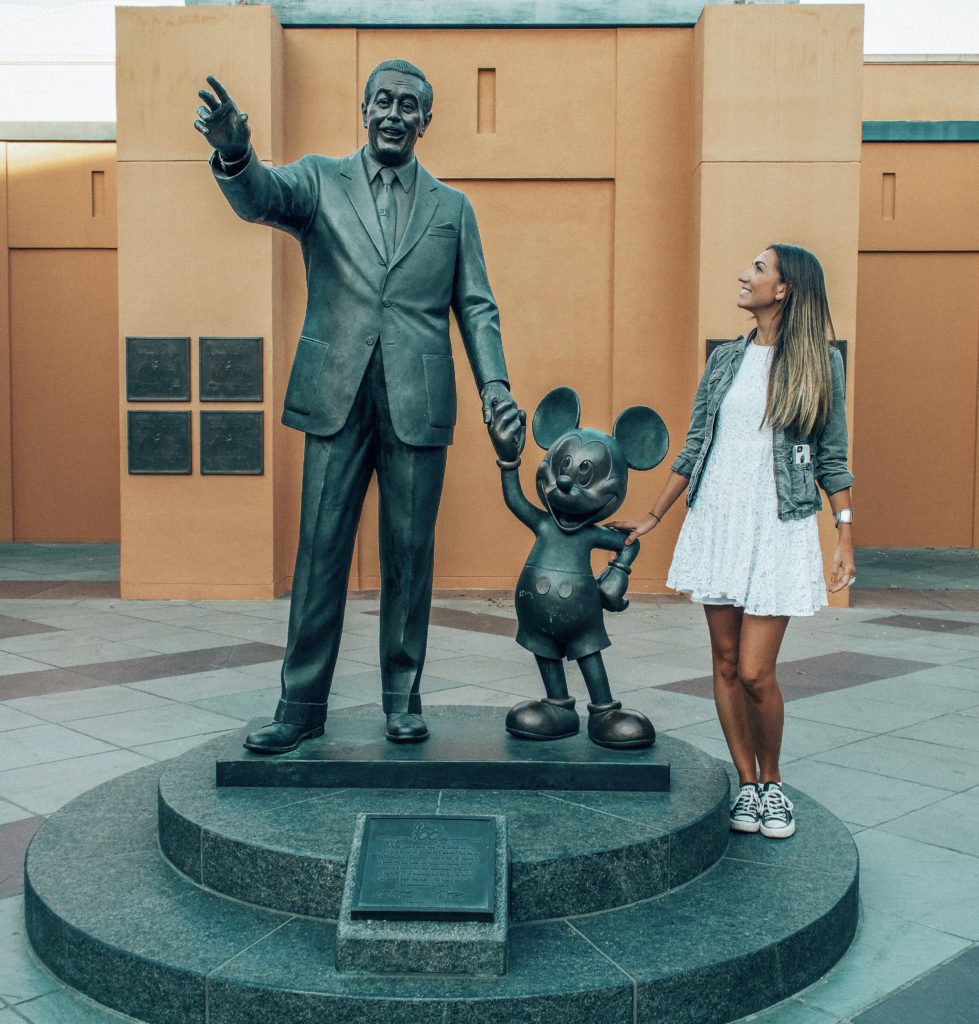 My visit started with a walk down a long hall to a theater. The other bloggers and I would get to participate in an exclusive interview with Director Rich Moore, Director/Writer Phil Johnston and Producer Clark Spencer. I have been looking forward to Wreck it Ralph 2, since they first announced it at D23! The teaser trailers look incredible…

The Animation Studios presentation began with a montage of stories from artists involved in Disney animation. There was a beautiful quote from one of the writers that stuck with me. She said, “We are all spices in the spice rack.” She was making the point that they all work together. Walking the halls of the animation studios you can feel the unifying creative thread in everything from the cafeteria food to the scribbles on the dry erase boards outside the staff offices. There is a unifying fact that they all (artists, animators, writers, computer scientists, directors) want to be here and believe in the project. I can see the passion that focused everyone to this place of Walt Disney Animation Studios. It is a workplace unlike any other. #onlyinDisney, right? 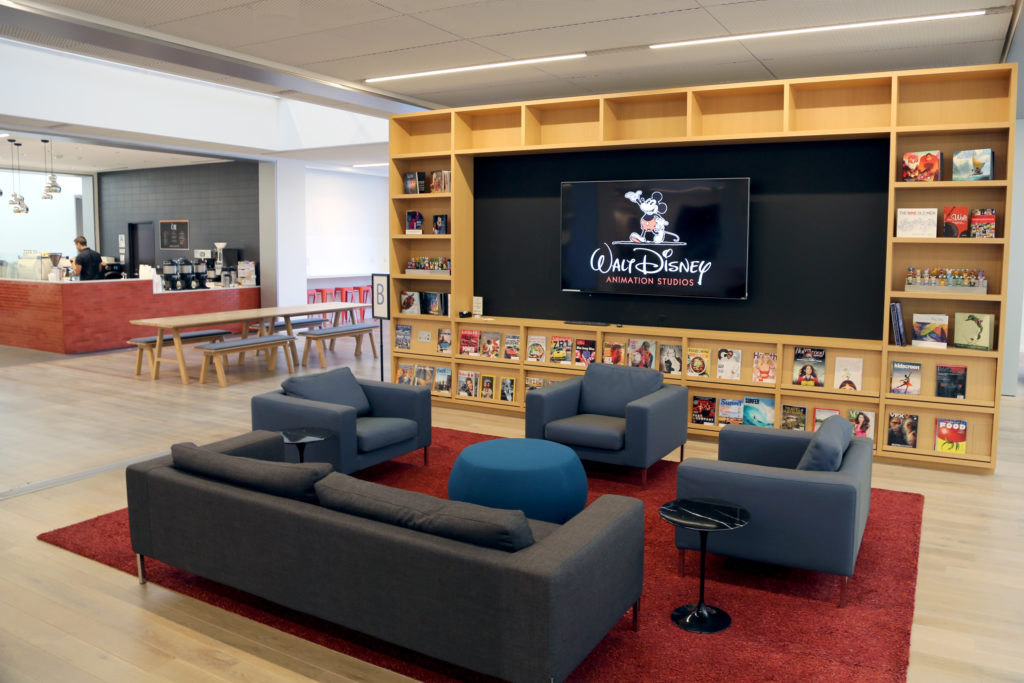 Rich Moore is an Oscar winning director. He is a salt and pepper gentleman who seems like a perfect blend of wisdom and whimsy. His converse sneakers were covered in self inflicted doodles. His glasses gave the impression of a  “hipster misfit in charge”. He is a genuine person, and you could see it when he veered off the scripted teleprompter of the presentation and said things like, “Holy wow!, it’s C3PO!” (more on this star wars reference later in the post! #worththewait)

Director/Writer Phil Johnston is a young enthusiastic writer who has a trendy nerd vibe with an adoring love for the story of Wreck it Ralph. 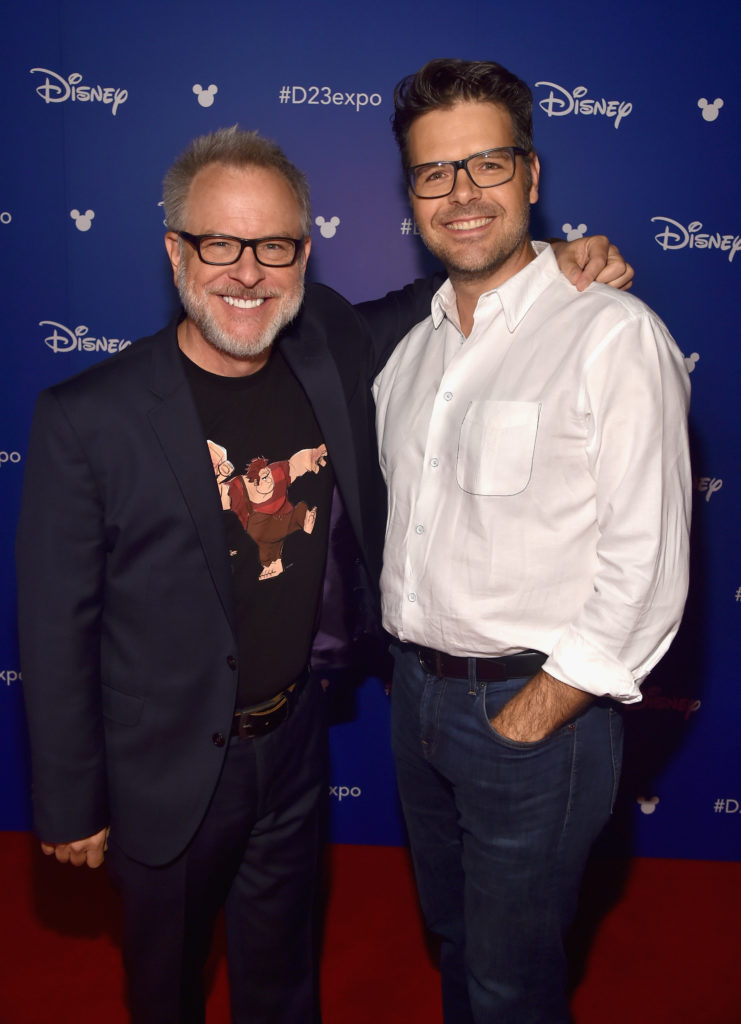 Director Rich Moore, Director/Writer Phil Johnston and Producer Clark Spencer make up the collective team that brought us Wreck it Ralph, the first movie back in 2012. The biggest reveal in the presentation and interviews was the introduction of a new character called Yess, she is the head algorithms of the biggest website out there “Buzztube” (get it? Get what they did there. Actual LOL). Phil Johnston described her as “the coolest Disney character…ever!” 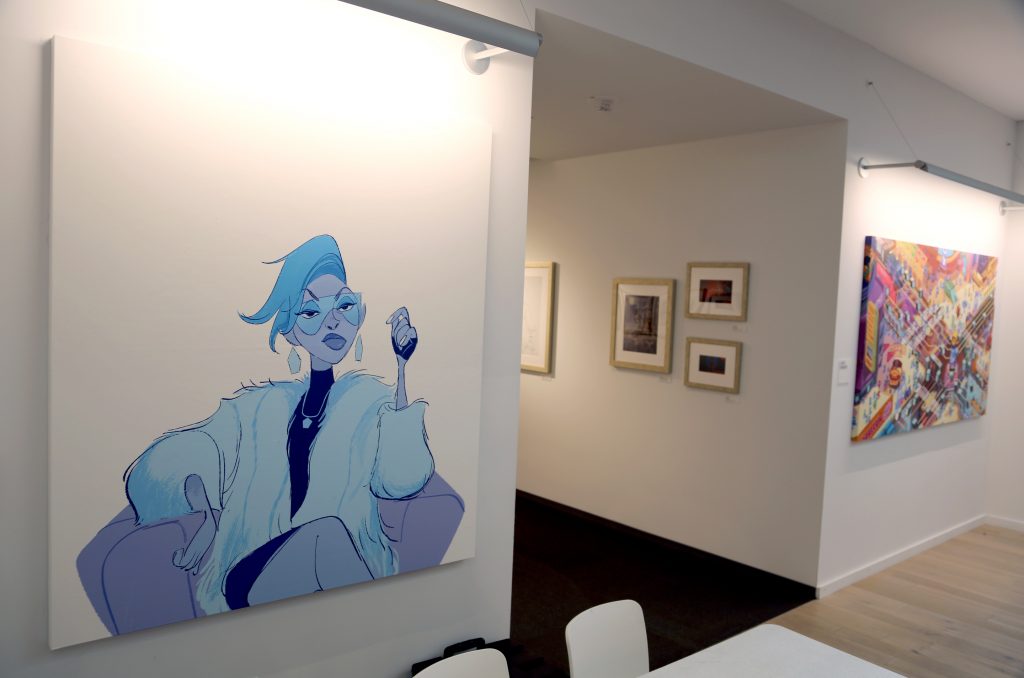 Wreck it Ralph has and will captured the grandeur and the majesty of THE INTERNET. 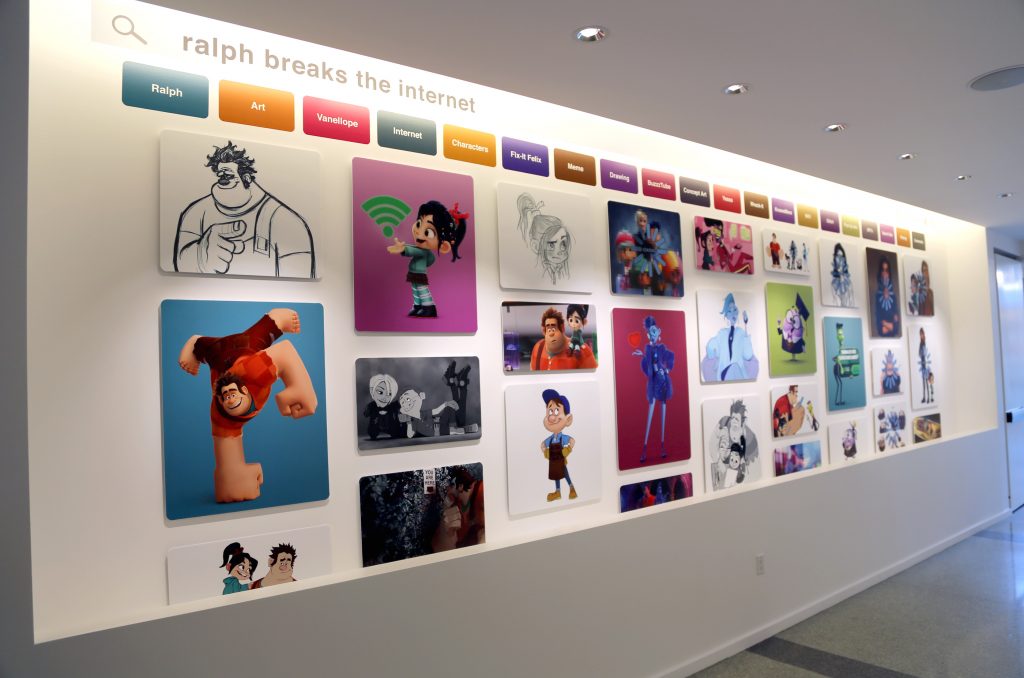 The directors described the making of the film and the research for the animation visuals. It was a daunting task to create a visual that would represent THE ENTIRE INTERNET. The directors described taking the animators on a “field trip” to the downtown LA hub that manages all internet communications for North America. The animators began to design a vision of a metropolis. This was for the setting for the movie. But it’s the people who really make up a city, right? The city of The Internet in Wreck it Ralph 2 is made of two types of people.

Net Users and Netizens. Net users are the humans that are using the internet. Netizens are the actual citizens of the Internet. The intricate details of the character designs was astounding! I’ll share more of the characters and design in a separate post!

So this sequel story opens where the old one left off. Ralph is breaking things while Penelope is racing in her own game. The two are best friends and life is good. Until….

A kid breaks the steering wheel of Penelope’s game. The arcade owner suggests that because the manufacturer is out of business its time to unplug the game and retire it. Penelope feels like she has lost her game and now she is homeless! Kids at the arcade find a replacement steering wheel part on Ebay! (of course they do. lol!) But it costs more than her game Sugar Rush generates in a whole year! The arcade owner declares it too expensive. And this is where the story really begins to take off. 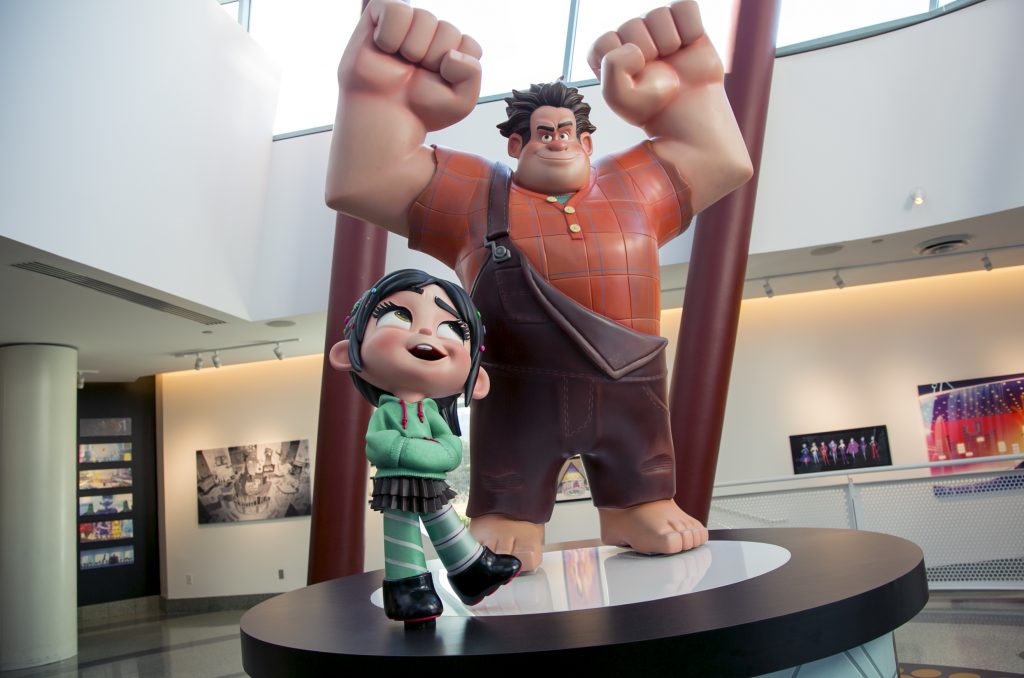 Environment as seen at the Long Lead Press Day for RALPH BREAKS THE INTERNET at Walt Disney Animation Studios on July 31 and August 1, 2018. Photo by Alex Kang/Disney. ©2018 Disney. All Rights Reserved.

We were treated to a clip of one of the opening scenes. I love how they depict the journey to the internet and the many expansive websites/location of the internet! It seems to me that they have captured the exact visual real life equivalent of each site, like google and eBay. Get ready to see the familiar internet names that you know, amazon, tinder, facebook, Snapchat, Instagram, etc.

To raise money for the steering wheel replacement part they must create viral videos that will trend and generate income via views.

Wait till you see this depiction of the place/site Oh My Disney. It’s EVERYTHING Disney. All things related to Disney and an excellent representation of my personal brain. lol. But it will blow your mind! I can’t wait to share more about what you are going to see in the Oh My Disney scenes. (Princesses, Storm Troopers, Novelty Tees, Marvel heroes – I’ve already said too much!)

I’ll be honest with you. I’m typing this on my laptop, listening to my interview recorder via my headphones in a tiny coffee shop. I am laughing out loud (LOL) as I hear the director describe the scenes and hear the movie clips over again. This movie is HILARIOUS. The sneak peak impressed me visually. The artists and animators have created a world like no one has ever seen before! 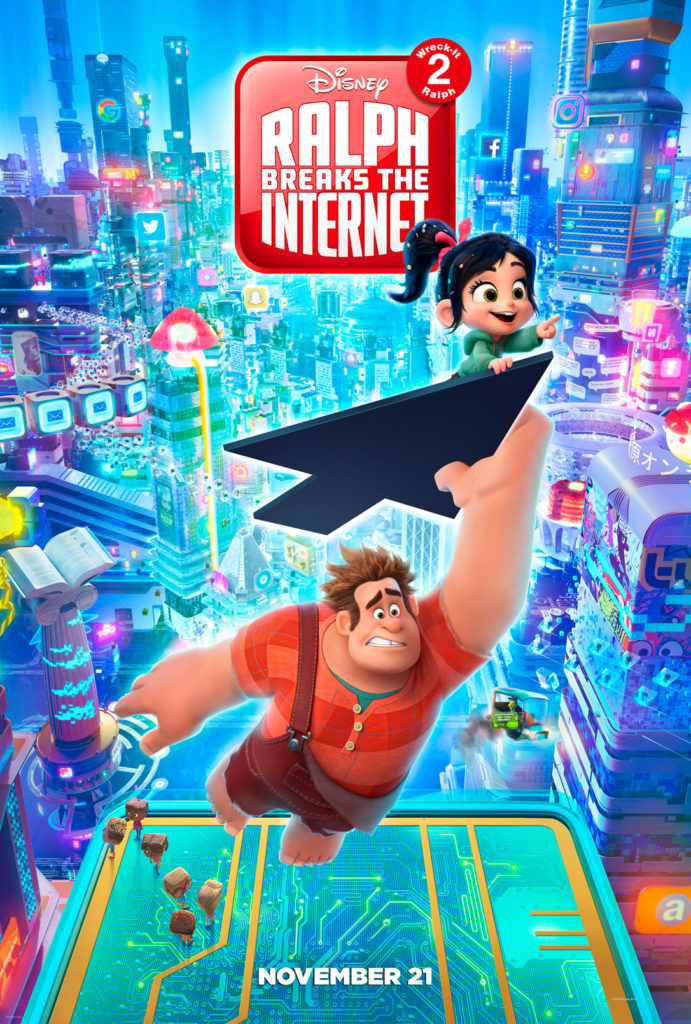 There are so many ORIGINAL favorite voices that have come together for this movie. Most of the original movie voices, even Anthony Daniels! Where are my fellow Star Wars geeks at? Yeah, he is the original voice of C3PO. (The shiny gold robot from the space movies? Got it now, treckies?)

There was a brief Q&A session with Director Rich Moore, Director/Writer Phil Johnston and this was when the fun started! Here is some inside info on the movie straight from the directors!

They planned for a sequel quickly after the first movie. They start with a few complicated ideas of relationship. Was Ralph resting his self worth on what his friend Vanellope thought of him? What kind of message does this send to kids out there? What does it mean when friends have different goals and dreams and move in different directions? How do relationships navigate these life problems? “At it’s core, the movie is very thoughtful. But then the outside is very funny. This is what we try to do!”. This is more than a cartoon, people!

I asked the directors, “What scene have they watched over and over and STILL makes them laugh?” They responded that there is a scene in which Ralph procures a virus in the dark net area. He (Rich) says it cracks him up every time! I will be thinking of him when I finally see this scene in movie, Wreck it Ralph 2.

I know what you’re thinking, shouldn’t it be Ralph Wrecks the internet? Don’t ask. (#facepalm) They are breaking the Internet with this movie.

Don’t miss out on my behind the scenes post on the fascinating Animation process in my article “Wreck it Ralph 2 | How it’s Made“. It has inside scoops from the heads of story and directors of animation themselves!

This legendary sequel is coming to your local theater November 21st.